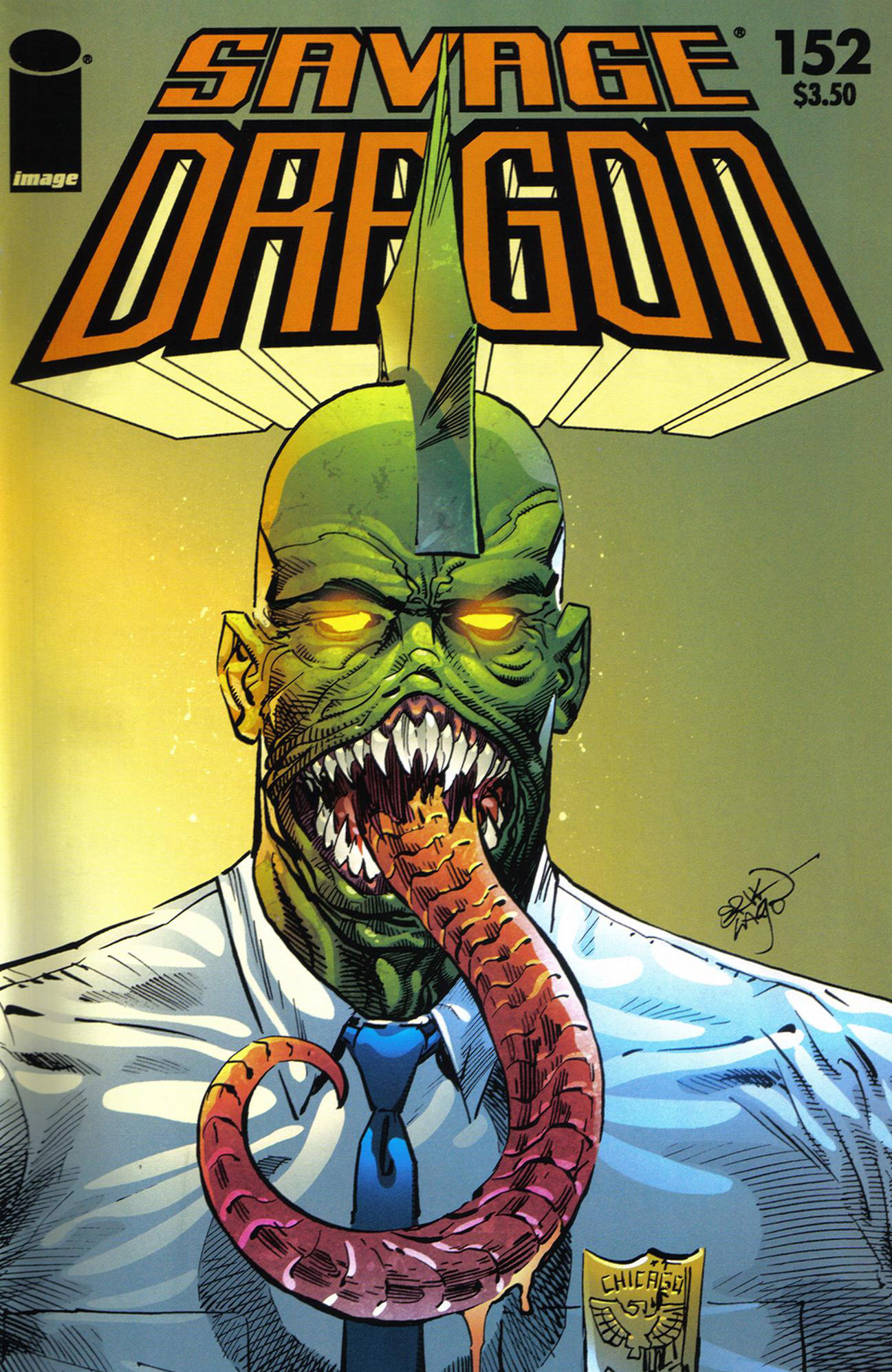 Malcolm and Angel have are taken in by Mildred Darling as she is their godmother. The pair arrives at her home to be welcomed by their new guardian and her son, Frank Jr. Angel is devastated by the loss of her father but Malcolm maintains that Dragon is still alive somehow. Mildred tries to get through to the headstrong boy that Dragon truly is dead and gone. She draws upon her own experience regarding the death of her husband, desperately hoping that he would one day return alive and well. Malcolm refuses to accept the finality though and ignores Mildred’s words.

The recently awoken Virus goes on a rampage through the Vicious Circle’s underground strong and slaughters a number of members when he catches them by surprise. Inferno confronts the monster but is impaled by Virus’s shape-shifting arm before having his memories and flame-throwing abilities absorbed by his killer. Virus continues on with the massacre before he finally meets heavier resistance in the form of the new OverLord.

An interview with Dragon is broadcast on television where he talks about the struggle to exist in a world that is fragile to someone as powerful as he. He mentions how there are many more out in the world similar to him but without the restraint that he shows, routinely endangering ordinary humans through their recklessness. This interview is followed by reports about Dragon’s recent death and how the people of Chicago are coping with the loss of their beloved protector.

Daredevil is brought back to his clubhouse where Dart seeks to nurse him back to health to pay him back for doing the same to her not too long ago. She notes how dangerous the world is now and the Little Wise Guys suspect that Jock was killed by a super-freak and mourn his death.

OverLord seeks to prevent any further loss of life by taking the fight directly to Virus, unleashing numerous energy blasts at the monster. Virus’s absorbed personalities begin to come through to the surface where several Vicious Circle members mention that OverLord is just some nobody that stole the armor. OverLord grows angrier as the battle progresses and eventually fires off a powerful explosion that sends Virus out into the sewer system.

The preserved corpse of Dragon is visited by his children as they speak with Rex Dexter about the possibility that he is somehow still alive. It is theorized that an injection of his blood may somehow regenerate the body but Rex does not believe this to be the morally right decision. Mildred drops the kids off at Hillman Hospital where they meet a pregnant Ann Stevens. She has not become Mighty Man since discovering that she was expecting a child for fear that the transformation would harm her unborn baby. Malcolm and Angel are then taken towards the last remaining unit of Dragon’s blood.

Octopus and OpenFace move through the wreckage to approach OverLord to ask whether he believes Virus has been killed. OverLord suspects that the creature still lives but has more important things on his mind such as procuring an untainted sample of Dragon’s blood to create his invincible army. He sends an army of Vicious Circle members to Hillman Hospital, arriving just as Dragon’s kids are taking possession of the blood.

Malcolm and Angel valiantly fight to keep hold of the blood but Bugeye runs off with the sample as his colleagues overwhelm the brave kids. They leave the battered super-powered youths behind to return with their prize to OverLord. Malcolm worries about their next move regarding saving Dragon’s life, unaware that Virus has emerged from the sewers. He is now hunting for “his” children and heads to their old apartment home in the hope that they are there…

Valerie Brisbane watches on as Chuk explains that a strange portal opening up is actually Powerhouse activating the power lens, allowing them to see what is happening around the item. General Pike demonstrates that the clones have a strange reaction to the lens, placing it on the head of the clone that was not in suspended animation. The energy that pours out does not transform this mortal form into Ethrian but simply burns him to death.

The lens is apparently harmless to ordinary humans though and when Charlie Hendrix backs away from it, James Peterson has it touch his head. James becomes connected to the lens and can see Valerie on the other end. He tries to speak with his girlfriend but Pike assumes that he is simply messing around. Valerie suddenly appears in the form of a huge hologram to warn him to get far away from the power lens before it harms him.

Ethrian rises up once more from the dead and moves towards the power lens, claiming it back and preparing to claim vengeance on his captors. General Pike shoots the lens, destroying it and causing a huge flash of light and energy. When this effect finally fades away, James has vanished from sight whereas Ethrian has been transformed back into his mortal form of Galian. Valerie had witnessed this apparent death of James and attempts to flee the alien tower. She discovers that her body is still merged with the outer wall, indicating that she is some kind of ghost. Chuk does his best to comfort her and declares that Powerhouse will be her new home…