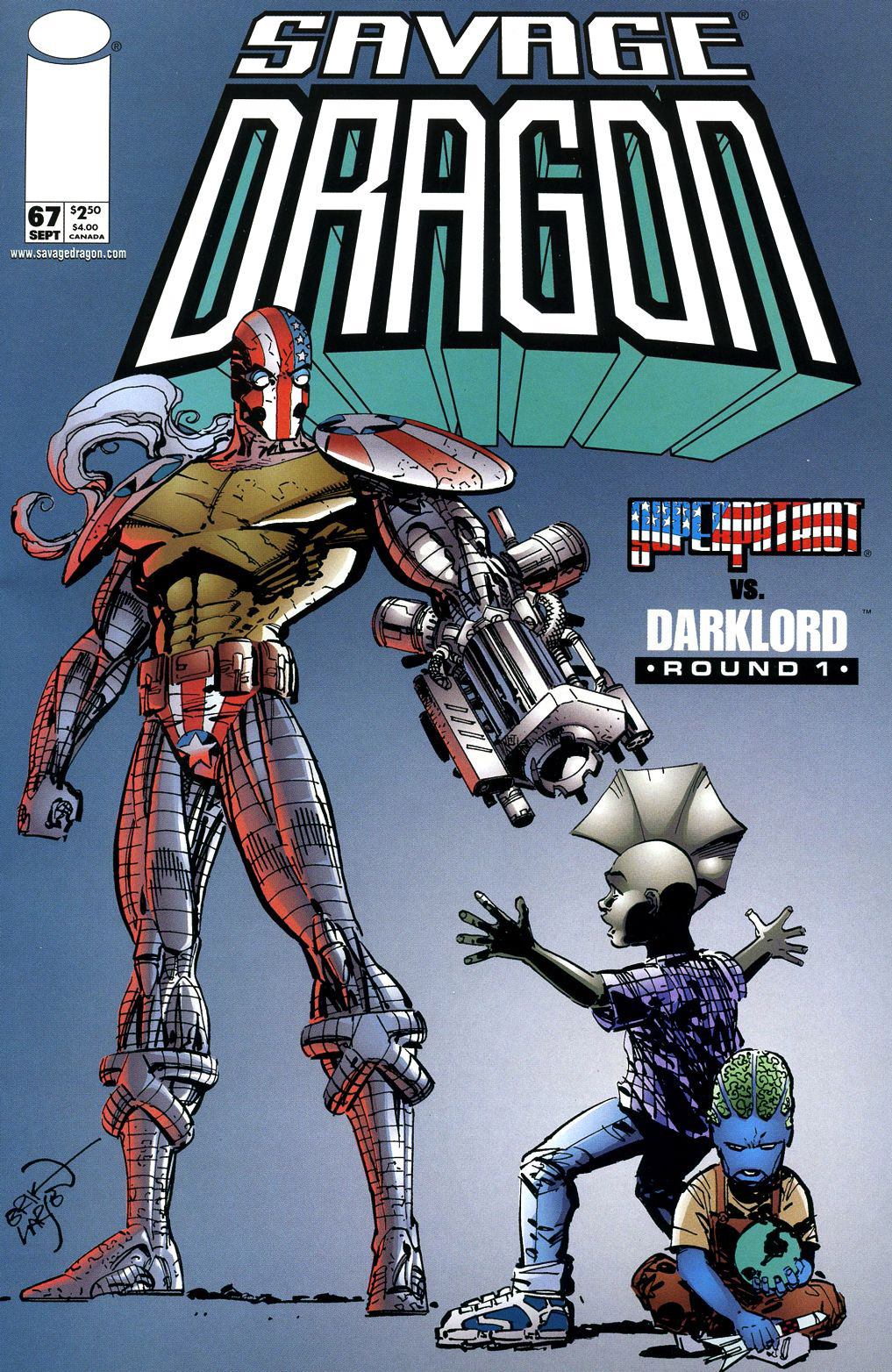 Justice lies in a hospital bed where he has been calling out for his father for quite some time. He finally gets to speak with SuperPatriot who is informed that the Covenant of the Sword has abducted his sister and that they are using mind-control. The Covenant is building their own army and master race and Justice barely escaped with his life to bring the news to his father.

Angel Murphy bounces around her home with Superman’s cape wrapped around her neck while Alex Wilde takes care of her. She is worried that there has been no sign of Dragon since he got into a fight with the Vicious Circle. Angel is not at all worried, declaring that nothing can harm her father; something that Alex only wishes was true.

In the sewers, Lightning Bug comes across a pile of dead rats before a hidden Dragon emerges from beneath the corpses to subdue her. Dragon has deduced that his prisoner had been sent to locate him as she is the only shrunken Vicious Circle member that can fly. He wishes to prevent the villains’ scientists from working out how to restore their miniature colleagues to full size. Lightning Bug is forced to lead Dragon to their current location,

SuperPatriot invades a stronghold belonging to the Covenant and fights his way through an army of their soldiers. He interrogates one man and forces him to take him to his daughter’s location which is the facility’s nursery. SuperPatriot enters into the nursery and is shocked to come face-to-face with his grandson, Damien DarkLord. This young child has the intellect of an adult and he confirms that another child present is Malcolm Dragon, the son of Dragon and Rapture.

The shrunken Dataman combines his intellect with that of Octopus and OpenFace and together they believe they have found a way to reverse the effects of the Martian shrinking gun. They use the surviving hostage from the bank robbery as a guinea pig and are relieved when the device accomplishes their goal. It is not long before all of the miniature Vicious Circle members are restored to normal. Dragon arrives with the reluctant Lightning Bug too late and decides that he needs to act fast.

Lightning Bug is instructed to get the alien weapon to be activated so that Dragon can be restored. As she lies about discovering Dragon’s corpse, Brain-O detects the truth that she brought Dragon to their location and she is abandoned as a traitor. Dragon leaps into action to protect the targeted Lightning Bug and leaves her somewhere relatively safe. He then grabs a hold of the gun and manages to get it activated. As the gun is about to be fired, HellRazor ignores the warnings of his allies and stamps on the device which causes an explosion that consumes his lower half.

Damien DarkLord explains to his grandfather how Martians had raped his mother which led to a hybrid child being conceived. He has taken over the leadership of the Covenant of the Sword which he reveals was founded in preparation of his arrival as their “chosen one.” SuperPatriot accuses the child of murdering Rapture but this crime is denied as Damien has yet to grow up and travel back in time. The Covenant have been gathering up super-freaks and Malcolm is but one of their future army.

SuperPatriot considers just what would happen should he kill his grandson as he always told himself that he would have killed Adolf Hitler as a child if he had the opportunity. Damien points out that killing him would change nothing as he obviously still grows up in one reality else he would not have been able to go to Darkworld and later kill Rapture. SuperPatriot would merely create another reality that Damien warns would be like Hell on Earth. The veteran hero decides that it is worth the risk and as he is about to deliver the lethal blast, Smasher arrives and rams his head into a wall. She is instructed to take SuperPatriot away for reconditioning as Liberty and the missing Lightning join Damien’s side.

The aftermath of the Martian shrinking gun’s destruction is overseen by PowerHouse who hopes that the blast at least killed Dragon. Brain-O can find no trace of either Dragon or Lightning Bug and considering Dragon’s knack for survival, this seems to indicate that both probably survived the explosion and have fled. PowerHouse declares that it is time that Dragon learns the new nature of his relationship with the Vicious Circle.

Lightning Bug is distressed over the whole ordeal as she is now the only villain still trapped in a tiny state. Dragon attempts to comfort her and suggests that perhaps she should try and reform like her former teammate She-Dragon. Lightning Bug joining the S.O.S. and fighting on the side of good for a change may be a good move for the young woman. She then notices that Dragon seems to have grown in size as he begins to return to normal.