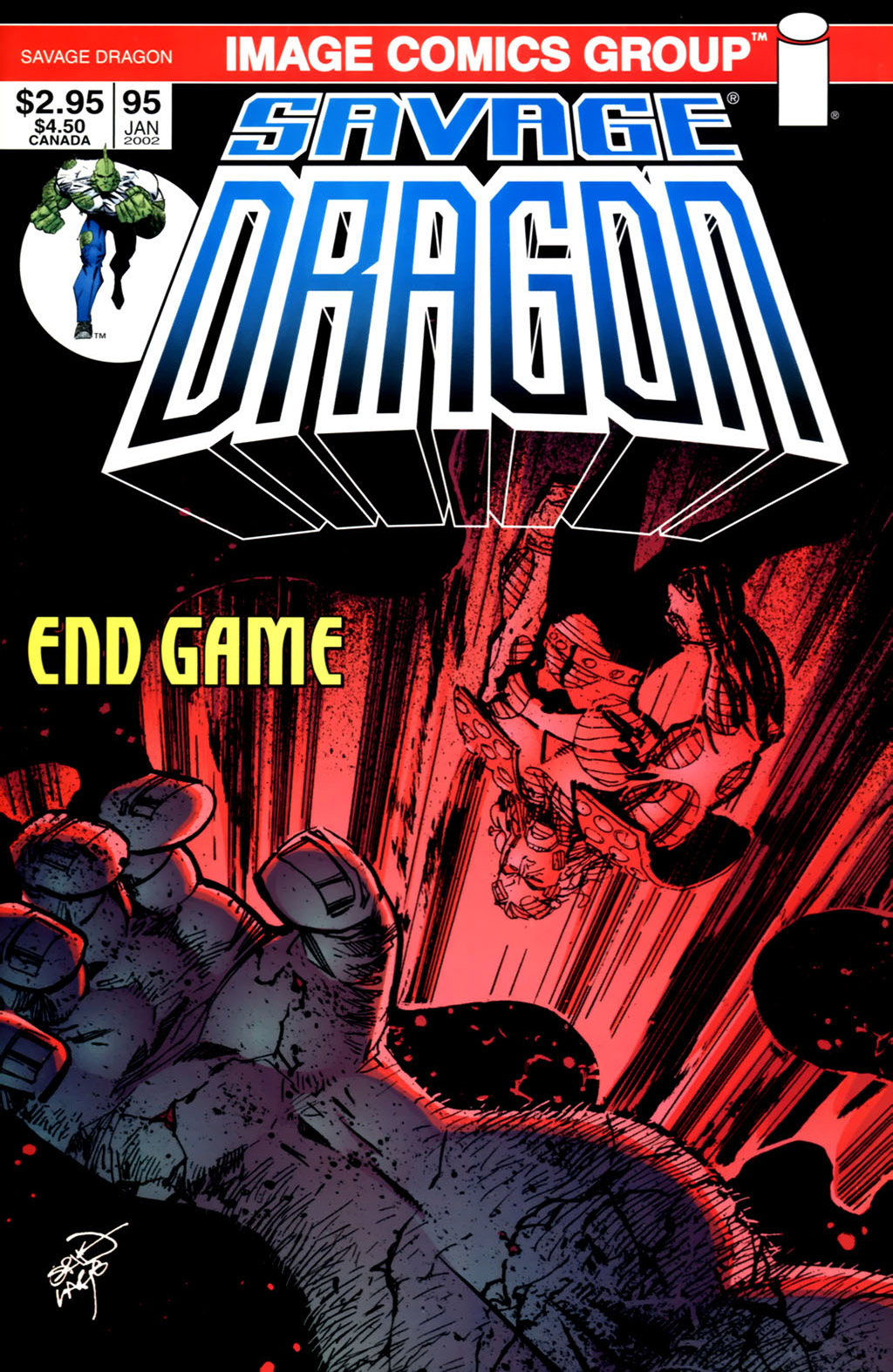 CyberFace stands triumphant over the few remains of Dragon that are left but he suddenly drops unconscious. The bloodied remains of Dragon reforms and gathers up the OverLord armor before walking out of the isolation booth that the Possessor had once lived in. Dragon had been replaced by the shape-shifting Lurch to draw CyberFace into a trap before gas was pumped into the chamber, knocking out the villain.

With CyberFace locked away, Vanguard questions the wisdom of leaving him alive. Dragon points out that should there be another alien invasion then it may be a good idea to have someone stashed away that could potentially save them. Mighty Man is checked up on after receiving a powerful blast for the first time but he confirms that he is fine, merely shaken up by the experience. Vanguard then teleports the pair back to Earth to help deal with the aftermath.

Rex Dexter remains trapped within his own equipment when Frank Darling arrives on check on the progress of the virus. Dragon appears and releases Rex who suspects that his computer virus succeeded but there may be some remote drones out there. Frank then reveals that William Jonson did indeed still have the item that Dragon requires to help him deal with his villainous allies in the Vicious Circle.

As the battle at the White House continues on with every villain desperate to gain power, Dragon arrives with Mighty Man and Rex, now back in his Battle Tank persona. He unveils his secret weapon as a Martian shrinking gun that he had once used to restore Rita Medermade to her original state. The heroes then gather up the Vicious Circle, announcing that they will be kept in this state until a secure holding facility is up and running and should they rebel then the villains will be eliminated.

SuperPatriot’s condition is checked up on as he finally regains free will after so many years being manipulated by others. Dragon then talks with Frank, unveiling his plan to restore all of the world leaders in place that had been in charge prior to CyberFace’s reign. Many of these people had been killed but their regimes can still be restored. The new look Liberty League then appear before the world’s media and discuss their plans to help rebuild the world. Anyone that had fought against Dragon over the past few years will get their punishment and the Deadly Duo watch on in fear.

In the Coral Sea, a huge crab-shaped entity emerges from the ocean and terrifies the heroes residing there. It looks as though it will threaten their lives but a hatch opens up to reveal Mako who has secured them a mode of transport. If they are all determined to return to the civilized world then he beckons that they climb aboard for their journey to commence.

Neutron Bob approaches Dragon with which nation he has secured for him now that CyberFace has been removed from power. He is disappointed when Dragon states that there is no country to for him as a prize. Neutron Bob had not believed that his ally had been telling the truth when he said he would restore every nation, having never worked with someone trustworthy before. Dragon advises Neutron Bob to behave himself and take advantage of the opportunities this new world gives him.

Dragon pays a visit to the crater where the house used to be where he and Jennifer Murphy once lived together. He had hoped that the defeat of CyberFace would encourage Jennifer to return to Chicago but so far there has been no sign of her. Battle Tank flies over to speak with Dragon, declaring that he has finally created a way to track his missing daughter. Dragon had previously agreed to help bring Lexie Dexter home and the pair set off to commence the rescue operation. Dragon is fitted with equipment before passing through a portal into the Void…

Meanwhile in Vanguard’s spaceship, the alien hero sleeps and is unaware that his robotic companion Wally flies towards CyberFace. He opens up the door to the isolation chamber where CyberFace welcomes the entity that he believes will liberate him… 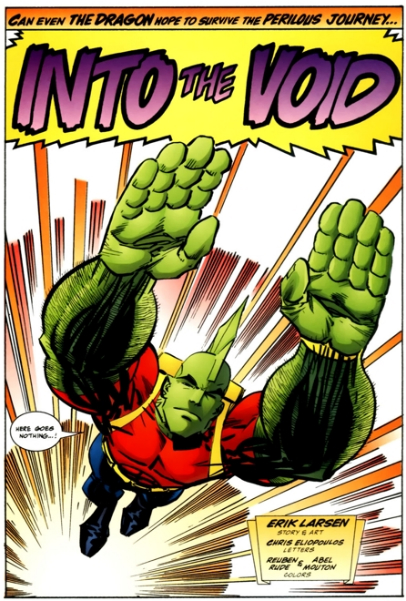 Into the Void
4 Pages

Dragon enters into the vast Void which is nothing like anything else he has ever experienced before. He is guided by Rex’s voice and eventually comes across a huge row of pods that contain some kind of viscous liquid. Dragon notices a humanoid figure trapped in one of the pods and suspects that it is Lexie but before he can act, he becomes trapped in a pod of his own. Dragon’s fate is monitored closely by a villainous figure named Deathseed who hopes to use his new prisoner’s power to serve his needs…