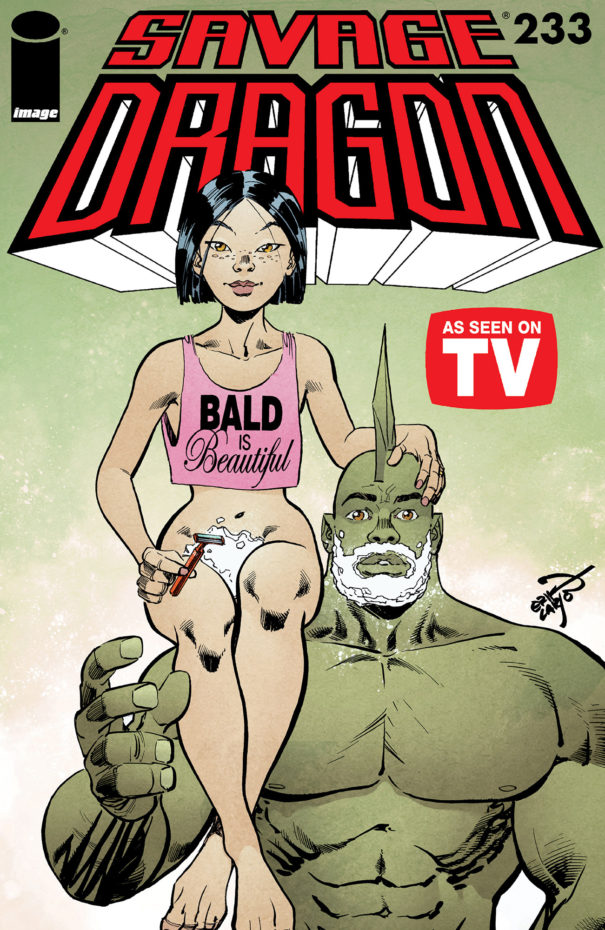 Rapture (alternate)
The Bully-Boys
The Wraith (Corpse Only)

On Glum World, the stranded ladies find themselves under attack once more, this time at the hands of more aliens seeking revenge upon Mister Glum. These assailants have no idea that their intended target is seemingly deceased. The threat is soon neutralized and the heroes realize that the flying cars used by them are the same that Dragon once used upon his return from his first adventure in Dimension-X. These vehicles should enable them to carry out their search for Glum’s fortress and his portal back to Earth. They take off just as Rapture and the Bully-Boys had caught up to them, allowing them to easily escape their enemies.

Meanwhile back on Earth, Malcolm phones home to check in and learns from his kids that Maxine is lying lifeless on the floor. Amy follows his directions to confirm that she is in fact still breathing and an ambulance is quickly called. Thunder-Head and Mei arrive to look after the kids as Malcolm is already at the hospital, trying to figure out a way to remove the Wraith’s corpse from his body. This soon becomes moot as his own blood causes the Wraith to explode, ripping his own body in half in the process and requiring some quick thinking by the doctors to save his life.

Freak Force break into a government facility where troops had been taking Horridus into custody due to her qualifying as an alien and therefore coming under President Trump’s executive order to deport. The heroes quickly liberate their teammate and discover that all exiled aliens have just been dumped through the portal into Dimension-X. SuperPatriot immediately deduces that this is likely the destination for some of their missing allies and means to do something about it.

Upon reaching the long-abandoned fortress of Mister Glum, a monster attacks the group but is soon dispatched. Alex Wilde refuses to let this experience go by without any success and seeks to locate a replacement Dragon despite the loss of the multiverse. Michael opts to accompany her and they pass through a portal in search of a new Dragon. Angel and Jennifer remain behind to keep the portal safe but Rapture and her minions soon pour into the building and attack.

With both Malcolm and Maxine in serious condition, the first episode of their Chasing Dragons reality show is broadcast. Mei gives permission for her daughter’s baby to be delivered early in order to try and save both of their lives. She and Thunder-Head are then faced with a tough decision of their own as Kevin’s own superhuman abilities endanger Mei’s life. As he does not possess a healing factor though, the removal of the baby from Mei this prematurely will in all likelihood kill the child.

Walden Wang tries to gain entry into the hospital to film footage of Maxine’s delivery of her fourth child but is denied by the doctors. Malcolm soon awakens and has mostly healed up from his injuries, although it may take another week to make a full recovery. He is soon visited by his wife’s doctor who delivers the good news that his new baby daughter is alive and well. Unfortunately, the same cannot be said for Maxine who has sadly passed away…

On the alien planet of Bridge-World a superhero known as Switchblade battles to protect the innocent inhabitants from the genocidal plans of Emperor Kurr. This alternate version of Kurr had been trapped here, presumably during the merging of the multiverse, and hopes to eradicate all life so that his people can claim it as a new home world. Kurr has already killed the team of Splash who were friends of Switchblade and their deaths have created even more rage in the hero.

This brutal fight takes both men throughout the city and causes mass devastation. Switchblade manages to cut off one of Kurr’s hands but this does not really slow down the villain. As the local authorities reach the scene, other eyewitnesses pay close attention to what is going on. Ultimately Kurr is killed when he is blown up and the victorious Switchblade is satisfied that justice is served.

The two witnesses are revealed to be Alex Wilde and Michael Dragon, disappointed that they could not save a version of Dragon. Switchblade points out that the fallen Kurr was evil and that his survival would have meant that all life on Bridge-World would have been lost. With this matter being a dead end, Alex and Michael set out to continue their search for another Dragon to replace their lost one.