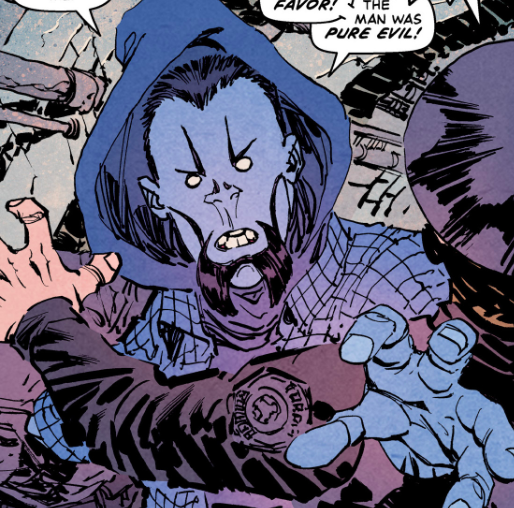 The Wraith was seeking revenge on those who had wronged him in life, including his coach who has molested him.  After killing his coach he encounters Malcolm and dies after he phase into Malcolm and becomes solid.  His body later explodes while inside Malcolm.