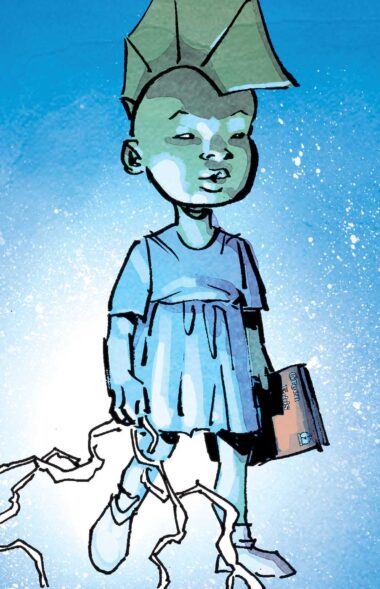 Powers: Madeline Dragon possesses superhuman strength. She has a regenerative ability which allows her to grow back limbs and regenerate missing parts. She also has the ability to generate electricity in her body, inheriting powers from her father.

Maddy is the youngest daughter of Malcolm and Maxine Dragon.  She was born in Toronto, Ontario, Canada and has already gotten into a few adventures of her own.