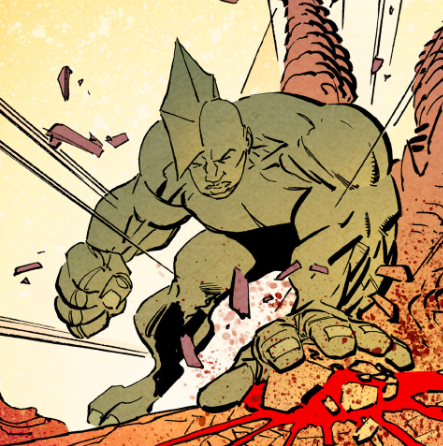 Michael is the child and Rapture and Dragon from an alternate universe who was stranded in Dimension-X.  He tries to help Alex, Smasher, and Angel escape Dimension-X, but dies when his mother slices him with the power glove causing him to fall apart into dozens of pieces.