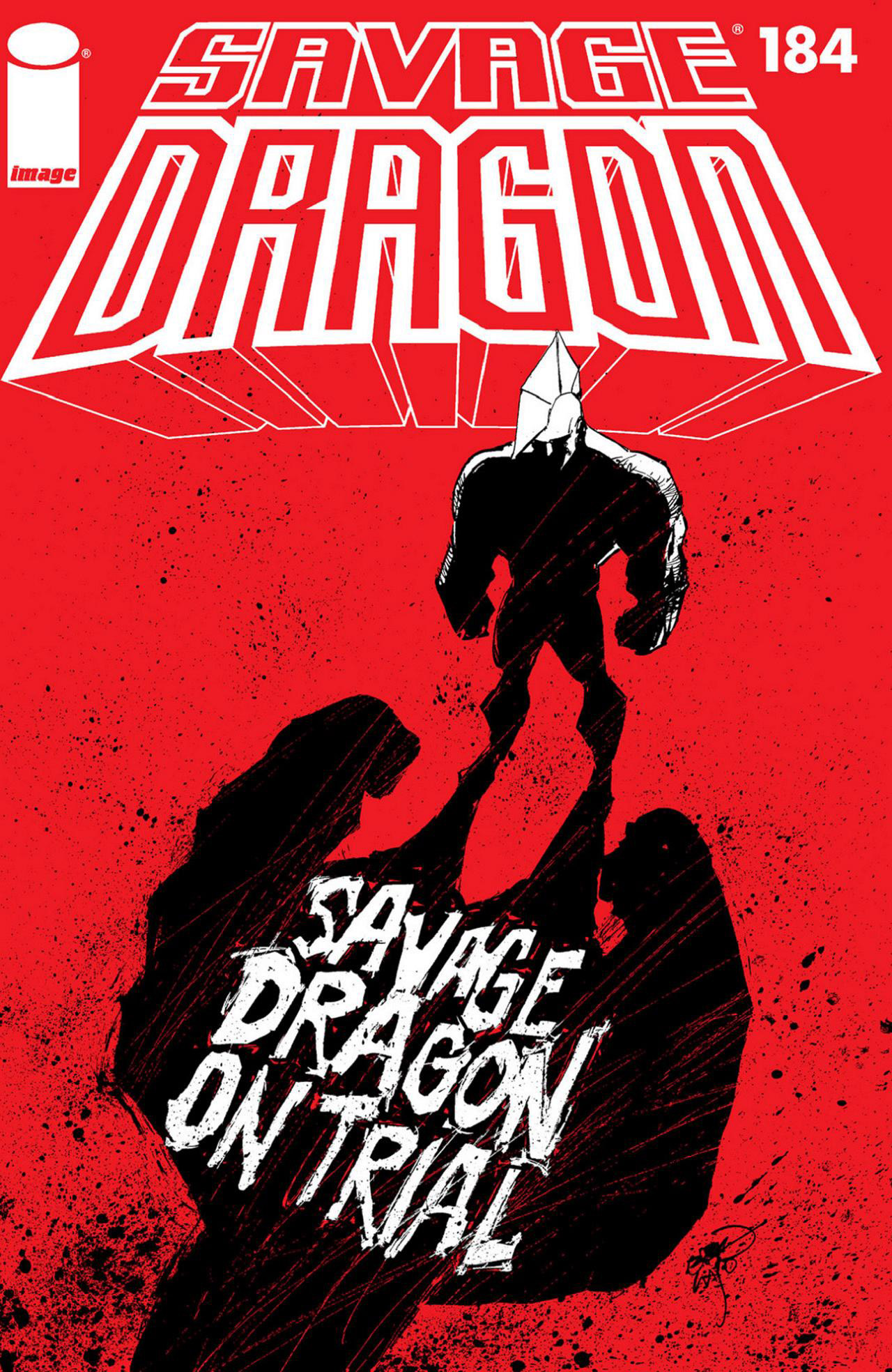 Dragon is taken aback by the announcement that he is under arrest but Captain Stewart explains that now that they know he is alive, there are numerous crimes he must answer for, all of which were performed by his Emperor Kurr persona. Malcolm Dragon and Battle Girl do their best to defend their father but Captain Stewart is adamant that their father must be arrested for outstanding warrants. Dragon ignores the pleas of his children to go on the run until they can straighten out this mess and voluntarily gives himself up for arrest.

Angel can see Dragon’s point that if he ran then he would look guilty in the eyes of the public and also does not see too much danger. The crimes that Dragon has been arrested for were all carried out by Kurr and he is innocent. Malcolm and she hope that the ensuing trial will sort out everything and then they can be with their father again. As the pair head back to Hillman Hospital to see if everyone at the party is still there, Angel suggests to Malcolm that he ask MJ out on a date as she obviously likes him.

The police van transporting OverLord to the precinct is abruptly stopped when PowerHouse flies down from the sky and straight through the engine. He then effortlessly casts aside the police officers present before retrieving Flash Mercury. PowerHouse does not know exactly why he has broken the failed OverLord free and notes that the armor appears beyond repair. This breakout is announced over the police radio and Dragon offers to help out the cops. Captain Stewart dismisses the idea as a bad one before they continue on to the station.

MJ watches on as Tierra Jones approaches Frank Darling and the two youngsters are locked in a tense conversation. Frank later goes to speak with Angel where he confesses to sleeping with Tierra when the alien invasion was happening. They both thought they were going to die and to cope with their fear they ended up having sex. As a result of this tryst, Tierra is now pregnant. Angel cannot forgive Frank for cheating on her and wishes that he had died just as he feared he was going to.

At the police precinct, Malcolm talks with Captain Stewart about the fact that they both know it was Emperor Kurr who killed thousands and not Dragon. One of the officers starts to mess around with the mask of Flash Mercury and is about to don the item when Double Paige comes bursting into the building. She tears through the cops with ease before Malcolm is eventually able to bring her down. Unfortunately, one of the Gods has joined up with the Vicious Circle and he makes off with the retrieved mask whilst Malcolm is distracted.

Angel and Malcolm are each talked through what they would say when they are called upon to give testimony at Dragon’s trial. Their father’s lawyer makes them face up to difficult truths about the actions of Kurr. Almost everything they say is pointed out to be potentially dangerous to their case by Abraham Smith. He hopes to prepare the kids for the worst kinds of questions that the prosecution lawyer will ask them and both begin to lose confidence in their father winning.

Malcolm heads to a local Hot Dogs On A Stick where MJ has been working since she graduated from high school. He approaches the young woman and asks her out on a date, a request that she instantly accepts. Malcolm heads off and leaves MJ to be bombarded with questions by her work colleagues. Meanwhile, Dragon is visited by Smith in his jail cell where he is told that the worst case scenario for the outcome of the trial is him receiving the death penalty…

Thunder-Head is amazed that the mechanism that WarGod had assembled before his recent death would have succeeded. He could have resurrected both his parents and anyone else that he could conceive of. The young super-freak suspects that his time amongst the Vicious Circle has come to an end now that he can no longer help bring back their fallen members. He speaks with the person that was brought back to life and wishes him luck with his future. Thunder-Head is then informed that he cannot leave as he will now serve… The Claw! 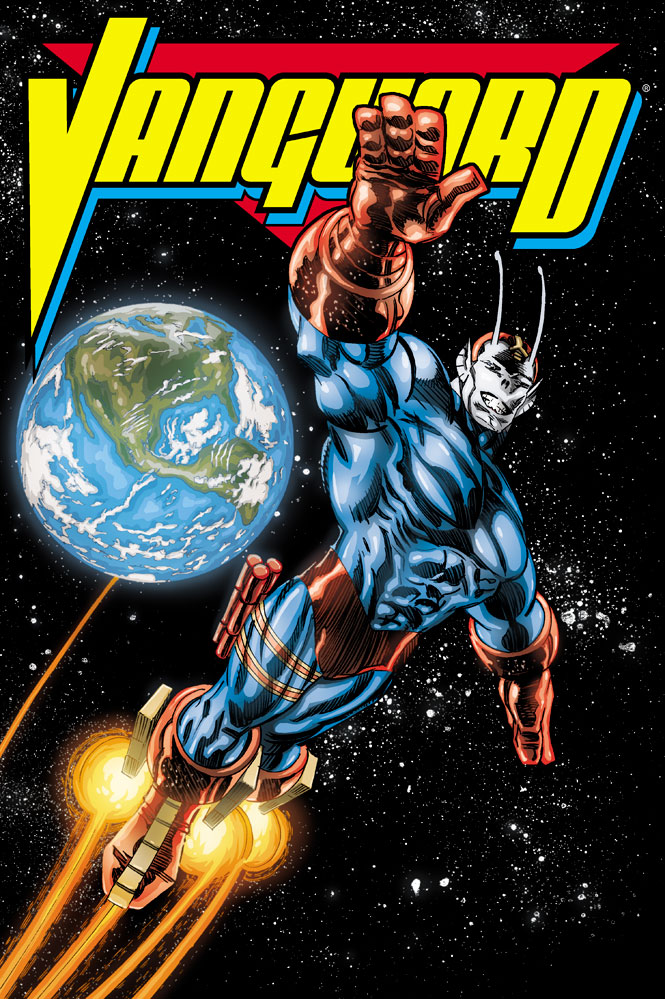 The skull ship’s repairs are completed after the damage that had been caused by Ethrian’s earlier assault upon it. Galian is noted as having vanished and his disappearance is dismissed as him departing as he still resents no longer being Ethrian. Vanguard boards the vessel where Barrakkus is anxious to set off for Kalyptus. He hates the fact that their home planet is overrun by the Tyrraneans and wishes to save the survivors of his people. Vanguard assures him that they will soon leave but that is not good enough for the impatient young soldier.

Wally and Modem seem to have struck up a kinship since they recently shared the same body and now spend more and more time together, both figuratively and literally. Vanguard leaves the couple to it before teleporting down to the Golden Acres retirement home where Roxanne Wells is bidding farewell to her mother. It seems that her mother’s mental health has failed and her father passed away seven years ago. With no other family around, Roxanne announces her intention to accompany Vanguard when he leaves Earth behind.

Roxanne then goes on a talk show where she speaks about how living on Vanguard’s spaceship halted her aging process. She has found her soul mate in Vanguard and will soon be leaving her home world behind to stay with him. The couple teleports back up to the skull ship with a huge quantity of pizza and other food to tide them over until they can get the food processor working. Amok detects an intruder’s presence and grabs a hold of Galian who had been cloaked whilst still on board. His staff has been linked by Powerhouse to their vessel and he believes that his destiny now lays with theirs. Vanguard and Roxanne then watch on as the ship begins its long voyage and bid Earth a heartfelt goodbye.