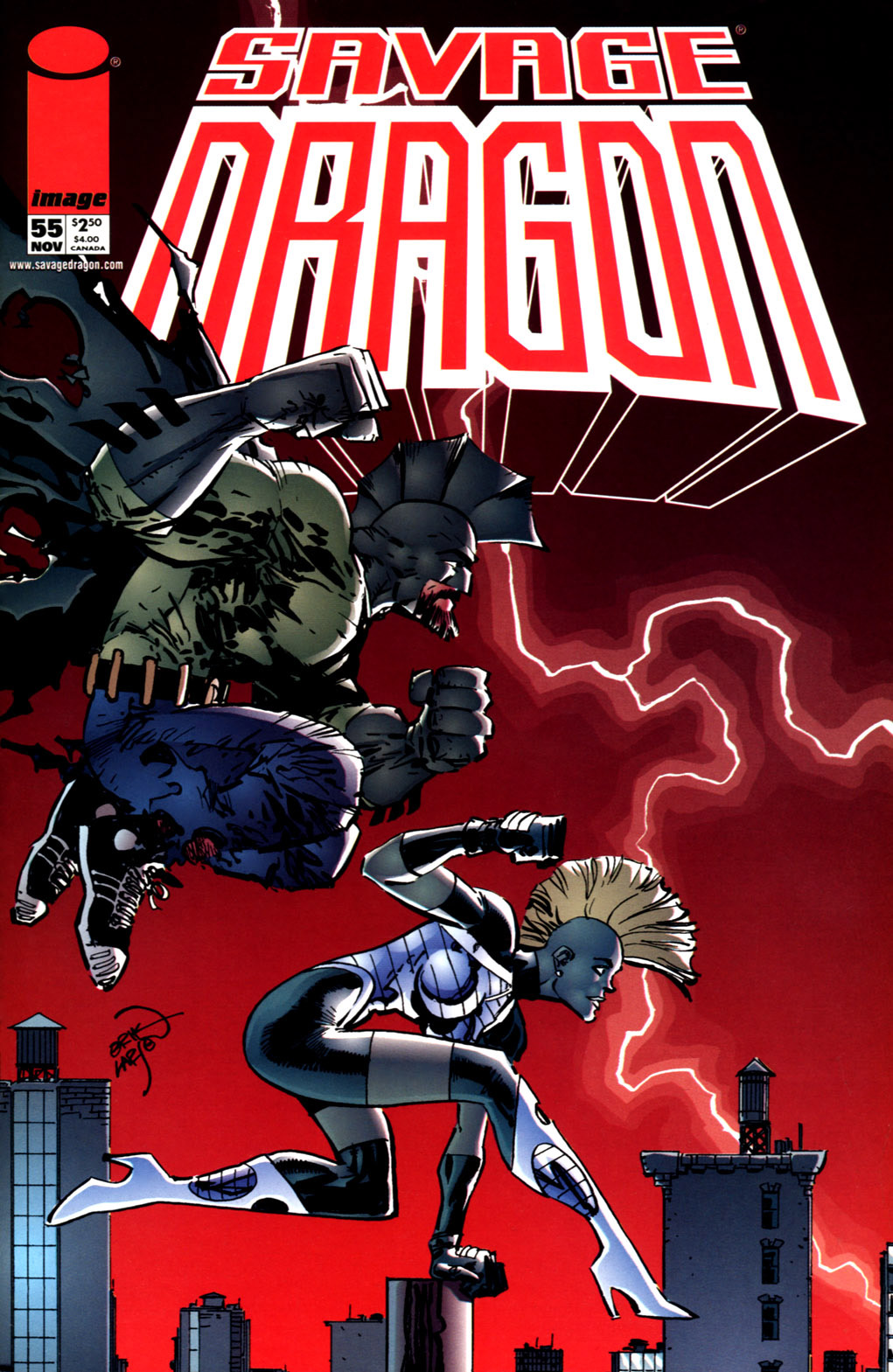 In the laboratory of Johnny Redbeard’s that She-Dragon recently infiltrated, a voice is heard calling out to the late super-freak. He has been locked away in an isolation chamber by Redbeard due to him being too dangerous to roam free. The Possessor was fine with this arrangement as he got everything he ever required supplied to him but he now queries why the power has been shut off. He discovers that the door to his cell is no longer locked and leaves.

Alex Wilde and Chris Robinson had attempted to rekindle their relationship but it becomes clear to the couple that things are not working out. Chris feels guilty about lying to her about his dual life as Star but also felt betrayed when Alex started sleeping with Dragon. Alex cannot get passed the thought that Chris may always be keeping something from her and does not believe that she can ever truly trust him again. They confess their love for one another and ultimately part as friends.

Smasher comes across a weeping Widow and confesses that she had no idea how much Radical had meant to her. She is very concerned about how many members of the S.O.S. have died over the past few months and the job is not what she thought it was. Widow comments on how dangerous their jobs are and she has been forced to consider this as she is pregnant with Radical’s child.

The Chicago Police Department perform a detailed search of William Jonson’s apartment as they search for clues as to what happened to Rita Medermade. As his fellow officers carry out their tasks, William is asked by Dragon to let him take control so that he can begin interrogating people on the streets. William refuses to transform into Dragon until he is sure that the laboratory work has been carried out properly and that he can create some kind of costume to wear.

Stephenson is trying to find accommodation for the ten thousand or so Gods that have been left stranded on Earth following the destruction of Godworld. Smasher disturbs him to announce that she is quitting the S.O.S. before she becomes the latest casualty amongst their ranks. Widow has already taken an extended leave of absence so Stephenson attempts to convince Smasher to change her mind, hoping that she could recruit Herakles for the team. Smasher is disgusted that Stephenson would seek to manipulate someone that has just lost their home and leaves abruptly.

Bludgeon is informed that there was no contraption in Johnny Redbeard’s facility that would enable him to switch back and forth between his human and powered forms. She-Dragon loses her temper with him and Bludgeon accuses her of taking out her frustrations on him over losing Chris back to Alex. The pair ends up arguing with She-Dragon furious that her efforts are being ignored and that she had to fight for her life against EXROE-5 whilst trying to help him.

William stops by the precinct to check on the progress of the investigation into Rita’s disappearance and is annoyed to find the cops present not even discussing the case. Vic Nixon had been commenting to Bill Ford on not being able to remember the previous night and other conversations upset William. Frank Darling tries to calm the situation but William storms off, ready to let Dragon take over.

The fully recover Herakles is visited by his father who explains that the Elder Gods have punished him for dispatching an army of Gods to Earth, leaving Godworld barely protected which led to its destruction. Zeus is forbidden from contacting his son for a period of a thousand years and the duo bid their final farewells for a millennium.

Smasher stops by to visit with Herakles to say goodbye before she leaves the S.O.S. and mentions Stephenson’s desire to recruit him. She prepares to take her daughter back home to Chicago and Herakles begins to talk to the child. Angel Murphy does not believe him to be “the real Hercules” as she only knows of him through the television show.

PowerHouse, Octopus and OpenFace manage to finally track down the missing OverLord armor but are alarmed to discover that someone is now wearing the battle-suit. OverLord knows that they had their own plans for his armor but declares that it is now his. He then destroys their tracking device and warns them that should these rivals within the Vicious Circle confront him again then he will show no mercy.

As Dragon takes control of William’s body and dons his amateurish costume, a sudden mental projection of pure rage takes control of them. She-Dragon and Bludgeon’s argument turns into a full-on fight as both vows to kill the other. Max Damage congratulates the new Brute Force and is confident that they will gain future government contracts due to the successful completion of the Godworld mission. They are soon gripped by the rage too and fight amongst themselves.

Dragon’s healing factor eventually enables him to regain control of his body but William’s mind continues to distract him with his desire to kill. Bludgeon runs passed him with a limp She-Dragon in his grip and Dragon moves to protect her. He manages to get She-Dragon loose whilst avoiding Bludgeon’s attacks. Dragon notices that one person seems to be unaffected in the area and gambles that this person is responsible for the rioting now spreading throughout Chicago. He throws a rock at the head of the Possessor who is left unconscious as the rage instantly ceases. She-Dragon takes the Possessor away as Dragon prepares to raid the Freak Outpost in search of Rita.

The S.O.S. is gathered together by Stephenson who talks about how their ranks have been thinned recently through a number of tragic deaths. He hopes to rebuild the team through the recruitment of other skilled heroes and has made his first selection. Stephenson then introduces their latest recruit, the brutal vigilante known as Mace…