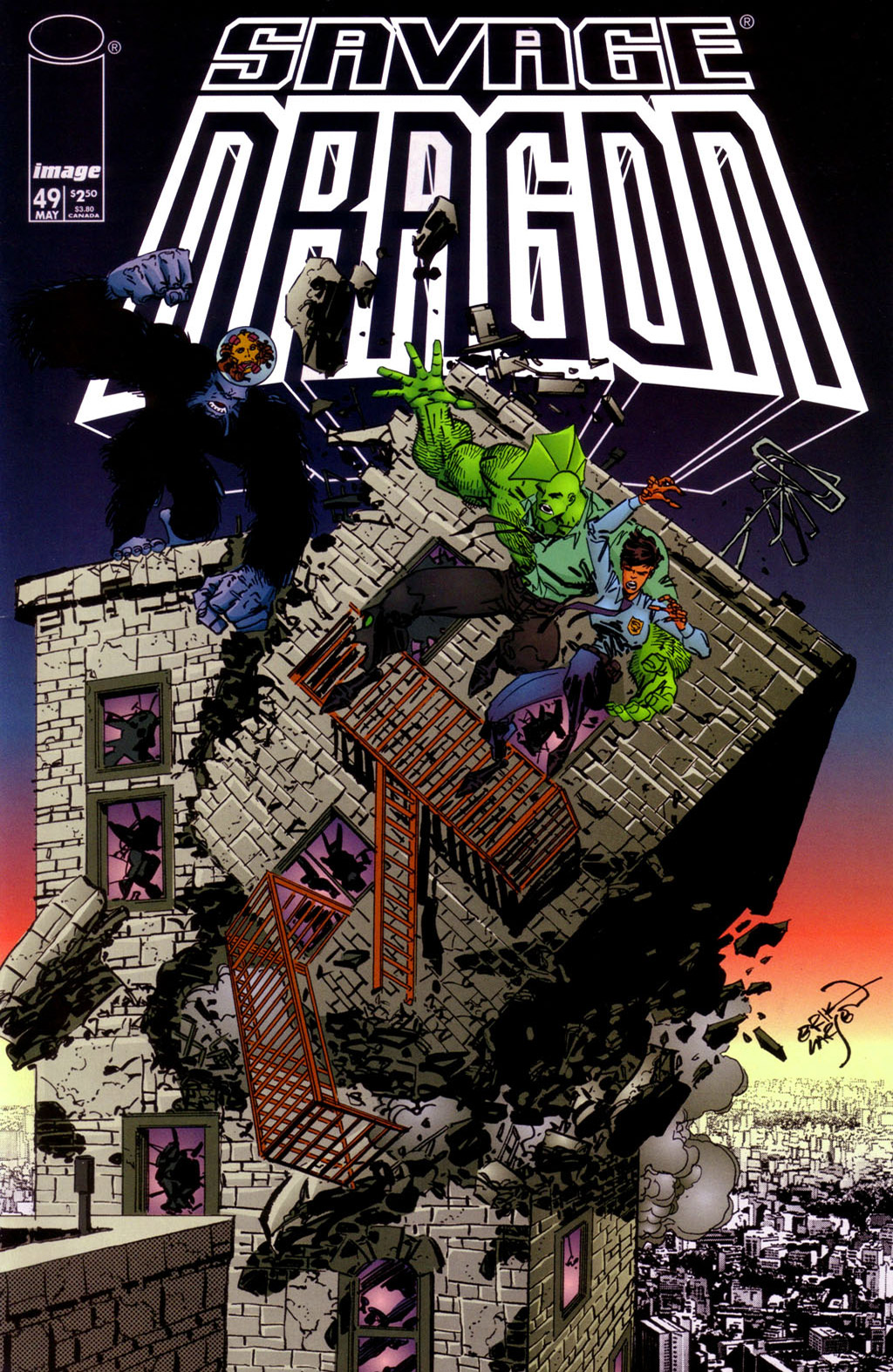 Super-Tough is escorted to Stronghold Penitentiary by members of the Chicago Police Department so that he can be reunited with his former kid sidekick, Mace. He tries to defend some of Mace’s actions due to the hardship he suffered when left alone after the detonation of the Nega-Bomb. The two former partners are finally reunited and passionately kiss one another. Howard Niseman is disgusted by the fact that they are openly gay. Super-Tough leaves behind his ex-lover but vows to help him in any way that he can and is saddened that he is incarcerated.

The S.O.S. responds to an invasion upon the United States from the undersea kingdom of Atlantis, their army being led to the surface by their king. The Atlantean is instructed to turn back to the ocean or be apprehended. His army begins exploding due to decompression brought on by the lack of pressure and his weapons are useless. Garf abandons his monarch before he suffers the same fate and the Atlantean is taken into custody by Rock.

Another assassin is brought down by Rita Medermade who is growing increasingly frustrated with life on the run. William Jonson wonders who sent this professional killer and questions if it was his brother Ralph. Rita asks if they can return home to Chicago now that Dragon has returned to their city and William agrees, feeling safer knowing that their super-powered friend is around again.

Dragon accompanies his old police colleagues to Stronghold where Frank Darling talks about the recent breakout of the OverLord armor. The prison’s systems had been made to perform tasks that it had not been designed to carry out, indicating that CyberFace was responsible. Frank suggests that Dragon and Alex Wilde head home until new evidence is uncovered.

CyberFace comments that he feels ridiculous as the OverLord battle-suit is fitted around the BrainiApe ape body. OpenFace states that the armor has been modified so that it can be used by someone other than Antonio Seghetti. The villains prepare to launch their bid to remove Horde from his position as leader of the Vicious Circle, just as a legion of leeches appears. They jump down to try and possess these rebels but CyberFace unleashes his newfound power to fend them off.

A group of Vicious Circle slaves burst into the building and attack but CyberFace kills Razz in the opening salvo. PowerHouse punches Mako clear and suggests that his allies search the necks of their opponents for leeches as they are potential allies. The fight is joined by Kill-Cat as he leads a new incarnation of the Deadly Duo into battle for the first time. Bud Ugly single-handedly defeats these well-meaning but useless superheroes with ease. A nearby Harry Balzac is alerted to the conflict when an explosion occurs and he calls in reinforcements.

Dragon receives a phone call as he and Alex are enjoying another sexual encounter and he declares that they will both be on the scene soon. Alex asks that Dragon keeps himself in one piece or else she will have no use for him later on. They reach the warzone to find CyberFace who is cursing how events are playing out. The villain’s frustration is evident as he fights against Dragon which prompts the hero to get Alex to a safe distance.

CyberFace refuses to let slip the opportunity of regaining the leadership of the Vicious Circle and presses his attack on Dragon. He is dismissed by his foe as not being as good as any of his component parts: OverLord, CyberFace or BrainiApe. As their fight continues, Hitler’s Brain announces his presence and is seen holding a gun, demanding that his ape body be returned to him…