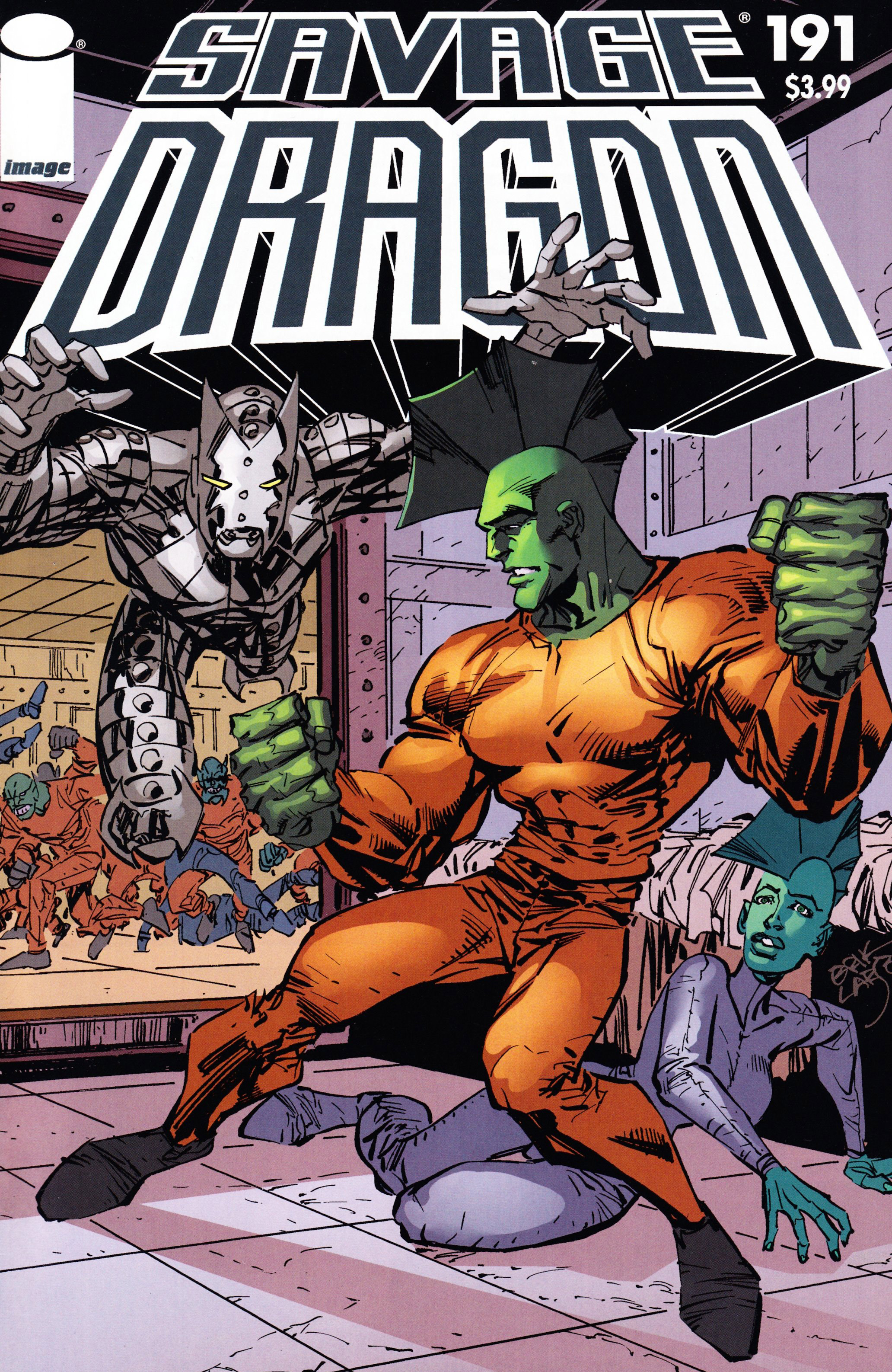 Malcolm Dragon is rudely awakened by the crying of baby Laila Darling and gets up to use the bathroom. He crosses the path of Tierra who apologizes about her daughter’s crying but points out that Malcolm does not have any real ties to those of them that live there. Malcolm kind of dismisses her out of tiredness. Tierra makes a comment about him not needing to be nice to her now that they are no longer dating. Malcolm believes that staying with the Darlings is not going to work out.

Aboard a small Krylan spaceship, Lorella is horrified to discover that Virus still lives and has stowed away aboard her vessel. He smashes his way from the outside into the cockpit which forces Lorella to flee into another chamber. By the time Virus breaks through, a teleportation unit has been activated and his intended prey is no longer aboard. Virus then discovers that the ship is on a collision course with the sun where he is incinerated.

Back on Earth, Malcolm enjoys a day out with his girlfriend where he voices his frustration with living with the Darlings. Although it was his idea for Frank to move back in with his mother, and to bring his new wife and child along with him, he had not counted on it to be quite so awkward. The fact that he and Tierra used to date is causing friction and he wonders if it would be easier simply to move out. Malcolm asks if Maxine would be interested in moving in with him but she declares that her parents would disown her.

Over at Stronghold Penitentiary, a portal is opened up and Vicious Circle members pour through the opening to liberate all of their incarcerated allies. Dragon suggests to the guards that they let him out of his cell to deal with the invasion but he is ignored. He watches on as the guards attempt to use the guns that had previously brought down Mako but they are overwhelmed. A cadre of upgraded Dreadheads are then unleashed upon the villains and numbers fall on both sides.

The cell doors are all opened up and as Dragon prepares to intervene, the new Dread Knight makes his move and shoots him through the should and blasts off a foot. It is then that Lorella teleports down and is shocked by the scenes of chaos that greet her. She blasts out in a panic at Dread Knight and weakens his chest plate. Dragon takes advantage of the situation and punches through the damaged armor to kill Dread Knight, horrifying Lorella.

Maxine informs her boyfriend that she is reluctantly breaking up with him due to pressure from her parents. Malcolm points out that he has now gotten his driver’s license and is going to buy a car, and that he is willing to one day marry her. Maxine says that her parents would still prefer her to date someone Chinese and that is older and is, essentially, not him. Malcolm is left devastated and heads over to visit with Thunder-Head for some comfort. Thunder-Head has regained the use of his legs through braces and is trying to start his life over. He informs his younger brother about a breakout taking place at Stronghold and Malcolm races over to the scene.

Mako is helped up out of the infirmary by Imposter and Red Ruckus, the pair declaring that prison is not a suitable place for the Vicious Circle’s top muscle. As they approach Gateway’s portal, Dart emerges through the smoke and rubble. She kills Mako’s two assistants but her next intended victim launches himself at her. Mako bites down on Dart’s arm that had been holding the God Sword but the terrified young woman is able to save herself. She slices Mako’s in head in half using the half-swallowed sword, finally putting to rest her personal demons regarding her fear for the murderer of her aunt.

As the various villains flee through the portal, Gateway is shot dead by Dragon who is still wielding Lorella’s blaster. The guards and few remaining Dreadheads are able to restore order and order that Dragon drop his weapon. Malcolm arrives on the scene too late to help with anything but is informed by Officer Gordon that his father saved the day once again. Dragon receives medical treatment before talking with Lorella. She explains how she took genetic material of the Krylans but had mistakenly also taken the remains of Virus. The monster restored itself and she was forced to flee with only the equipment she could carry. Lorella then informs Dragon that in order for their race to survive, that Dragon must die… 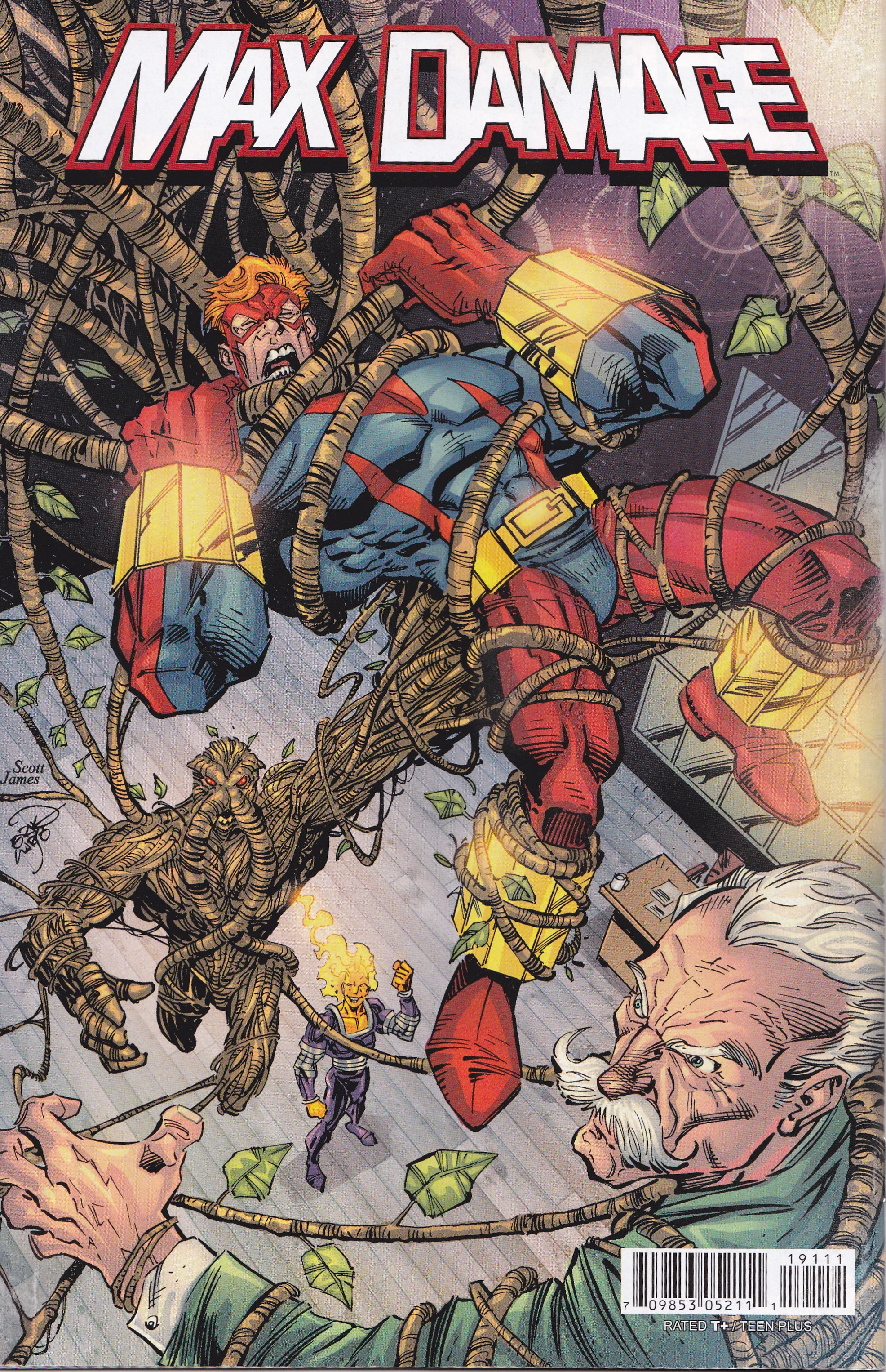 Bruce Love appears on The Jerry Rivers Show to promote his new autobiography, “Amanda Love: The Bruce Love Story.” After being introduced to the audience by Jerry Rivers, Bruce talks about how his model wife and he got together. Amanda had been rescued from kidnappers by Dragon and the original Star, his former bandmate Peter Klaptin. When Peter died at the hands of a possessed Dragon, Amanda ended up falling for Bruce as the man behind Peter’s music. However, when Dragon was announced dead a few years ago, Amanda grew depressed and ended up committing suicide.

The interview is suddenly interrupted when Weed and Major Disaster blast their way into the studio. The two Vicious Circle members share a passion of saving the world from environmental disasters and wish to pursue that goal on live television. Weed executes Bruce Love before threatening the life of Jerry Rivers. The villains resent that Jerry would rather feature celebrities on his show rather than focusing on more important global issues. Before this murder could be performed, the superhero Max Damage announces his presence.

Max had been working for Bruce as a bodyguard but got lost backstage looking for the bathroom. He shrugs off this embarrassment and the failure to keep his client alive and attacks the Vicious Circle. The somewhat inept hero is soon restrained by Weed who prepares to kill both he and Jerry Rivers. Max Damage struggles to break loose and accidentally knocks down various bits of lighting equipment, one of which inadvertently impales and kills Major Disaster. Weed fears for his own life and flees the scene. Max is confused by his seeming victory but celebrates regardless, noting that perhaps things would have been easier if his late Brute Force teammates were still alive. He then wonders if perhaps it is time for a new team…