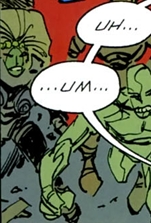 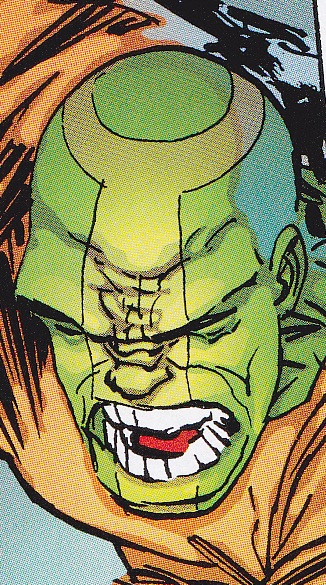 Gem-Head was amongst a group of Vicious Circle thugs that worked for Bloop and Animal as they carried out a bank robbery. Dragon and Battle Girl later raided the Freak Outpost to apprehend them all.

When Dragon is in jail, Gem-Head is one of the many super-freaks who attack and brutally beat Dragon. During Dart’s attack on the prison, Gem-Head is able to escape. They are later depowered when Chicago is carpet bombed with Freak-Out