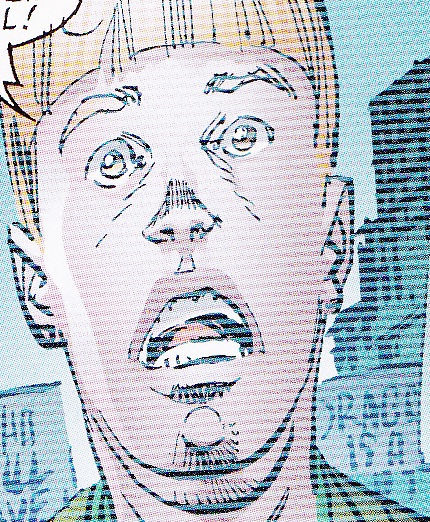 Cecil is a reverend from the Church of Savage Dragon. He is first seen preaching to a mass of people about the Church of Savage Dragon and is then seen on TV defending Dragon as he is on trial for his life. Cecil visits Dragon in jail, but is told by Dragon to stop using his name in the church title. Cecil is later seen protesting for Dragon’s freedom. When Dragon is going to the electric chair, Cecil is by his side, begging Dragon to escape. It turns out only to be a device that takes away Dragon’s Chosen One’s powers and he just wanted to scare Cecil.

Dragon tells Cecil to stop using his name for his church and Cecil complies. He now changes the name of his group to the Brotherhood of the Fin.