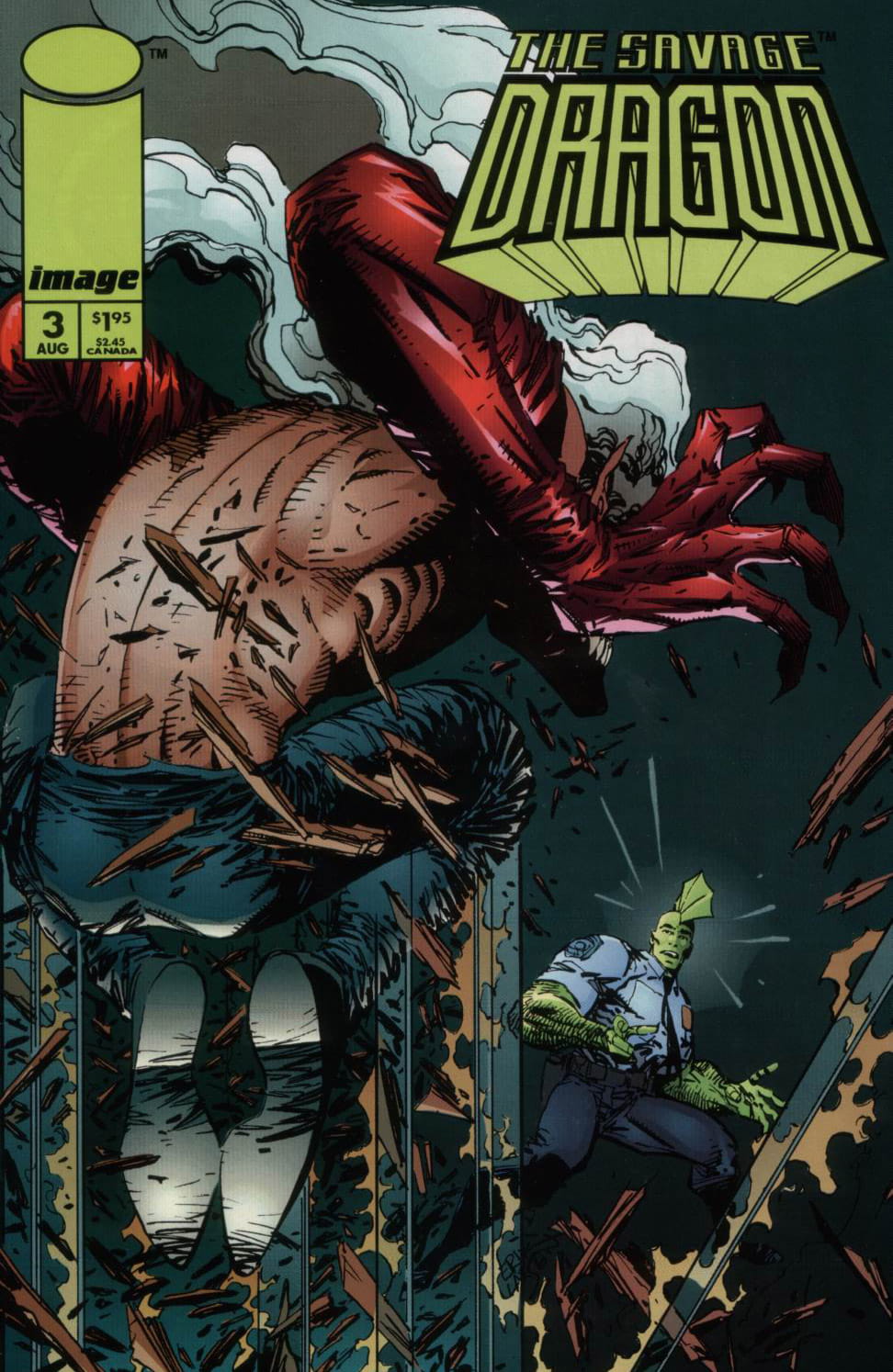 A talk show prepares to welcome Peter Klaptin as its next guest, hoping to talk to him about the recent loss of his trademark hair. As the singer waits to go on he notices a news report by Sam Haze reveal that details how a terrible breakout has begun at Stronghold Penitentiary. By the time the producer of the show reaches Klaptin’s changing room, the star has fled and the Simpsons was now on television.

Dart leaps into her first battle since arriving in Chicago and faces a huge number of super-freaks that belong to the Vicious Circle. She does reasonably well until Mako joins the fray and strikes the new super-cop down. Cutthroat comes across Hardware still locked up in his cell and recognises him as a traitor who is trying to cop a plea by giving evidence against OverLord. Cutthroat opts not to release his ally but instead shoots him dead.

As Mako looks set to finish off Dart, the vigilante Star joins the fray and helps fend off the villain. The two heroes do their best to win but Brute electrocutes an unsuspecting Star before BodyCount shoots Dart in the shoulder. As the various villains brutally beat their foes down, Mighty Man swoops down out of the air and carries them both to safety. Dart pleads with him to round up all of the villains fleeing from prison but Mighty Man apologises that he cannot and flies away.

Dragon returns to Chicago from New York City and is greeted at the airport by Alex Wilde who explains how things went to hell in the city while he was away. A new super-cop has arrived in the city but Frank Darling knew nothing about her. Alex suspects that perhaps someone has gotten to Frank as he is too honest to go bad which indicates that blackmail must be involved.

Dart is visited in hospital by her new colleague and she makes her feelings perfectly clear about Dragon going on missions outside of Chicago. Her story concerning Mighty Man saving her life is mocked by Dragon and the two end up arguing. Ann Stevens enters into the room and asks that Dragon leave due to upsetting some of the other patients. Dragon rants about Dart’s attitude but Alex points out that he shares a number of the same personality traits and it was him that wanted help in the first place.

Frank Darling receives a phone call from SkullFace who demands that his unwilling pawn continues to serve the Vicious Circle. The villain reveals that he knows that Frank and his wife are expecting their first child as a parting threat. Dragon hears the conclusion of the conversation and asks Frank if he would like to talk to him about anything but is turned down.

Dragon receives an update from one of his fellow officers, Ray Wong, who informs him that Emily Schwartzblatt and Amanda Mills are still making calls to the precinct for Dragon. A leech-like creature was removed from the back of the Shrew’s neck and a case is being made to clear him of his crimes due to outside influence. The man who killed Debbie Harris, her ex-boyfriend Arnold Dimple, received a thirty minute phone call from Bonnie Harris before he went over to Dragon’s apartment to kill first Debbie and then himself.

A creature calling himself the Fiend bursts into the precinct to attack Dragon but it becomes painfully clear to the villain that he poses no real threat to his intended victim. The Fiend is gunned down by police officers and before he dies, he states that his current host does not possess enough hate to properly fuel him. As an entity drifts out of the corpse, this host body is recognised as a police accountant named Charley McArthur.

Dekalb, Illinois. A number of police officers arrive at the scene where two corpses have been rotting away for a few months now. One of them hears a noise coming from the basement and assumes it to be a television. When he opens the door to the room, the officer is shocked by the sight that greets him…

NOTE: This story is continued from the The Savage Dragon / Teenage Mutant Ninja Turtles One-Shot 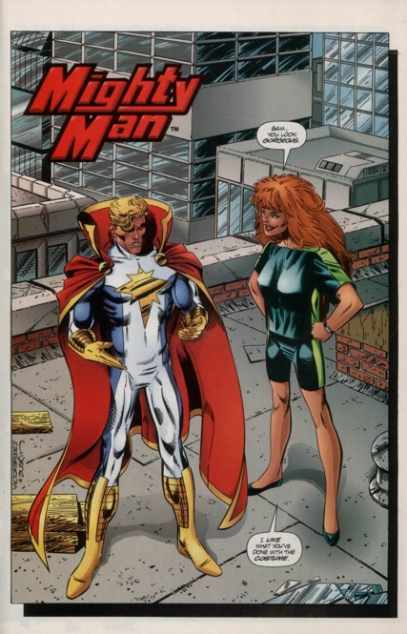 On top of a building in Chicago, Mighty Man shows off a new costume to his friend Phyllis Deeder who refers to him as “Sam”. He is so powerful in this new form that he feels that he could take on the entire world. Their conversation confirms that this Mighty Man is not the same as the original and a new host body occupies the entity.

As they talk, Phyllis suggests that the two of them try out sex with the new Mighty Man body but this notion is quickly shut down. Phyllis apologises for being inappropriate leading to Mighty Man in turn apologising for overreacting. He believes that he should become a hero and make a difference in the world before the pair walk away together.