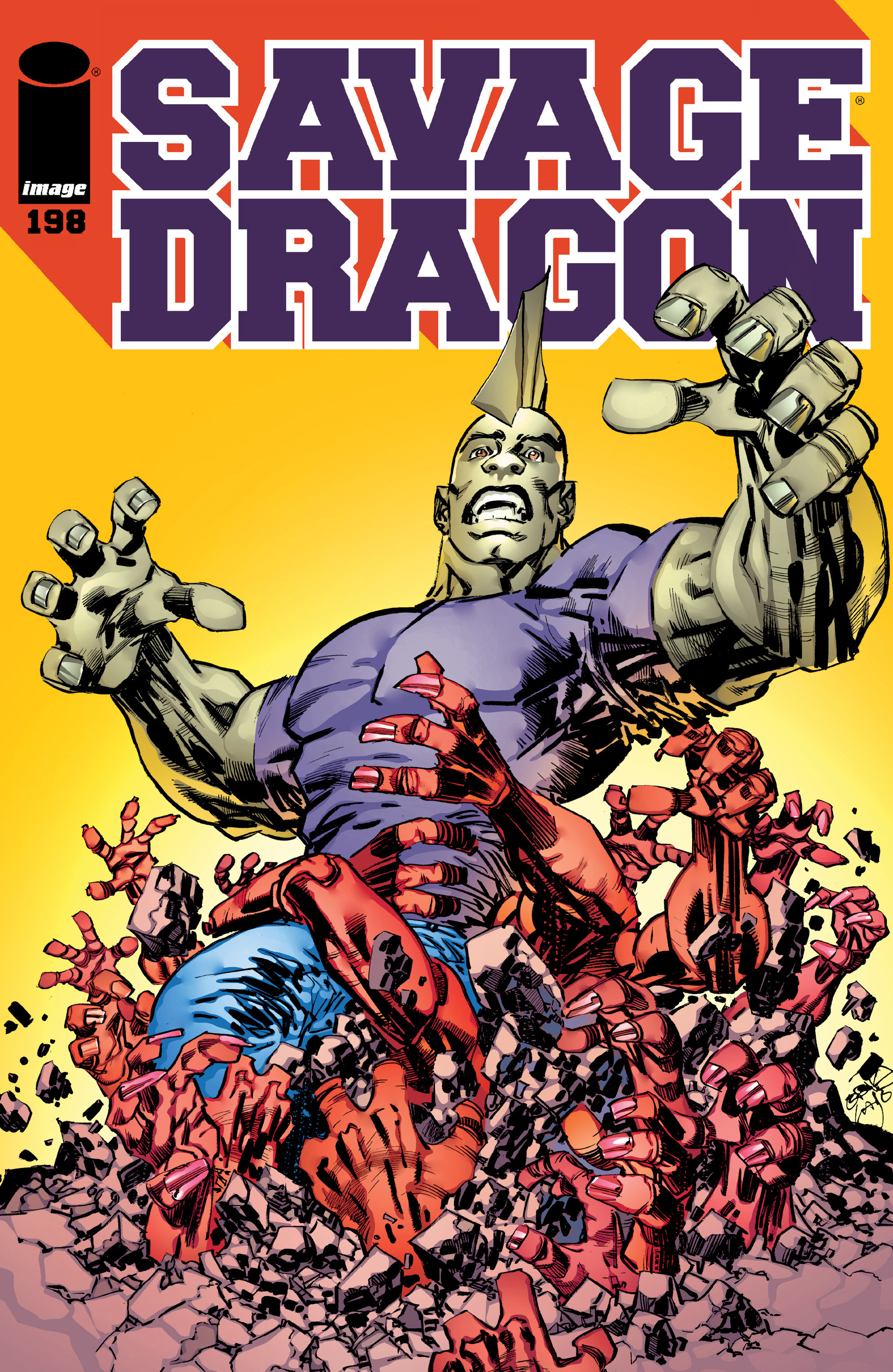 Several years ago, 11 year old Malcolm Dragon is introduced to Angel Murphy’s best friend, Maxine Jung Lai. The two youngsters instantly take a liking to one another, joking around and generally making Angel a bit jealous about this instant friendship. Malcolm comments that he would like to become a superhero when he is older as he could earn a lot of money that way and this amuses Maxine. The kids then all head off to their respective classes.

Back in the present, Maxine is sent on the latest blind date arranged by her parents, this time with the police officer that had recently saved her life. Scott Chow is immediately taken aback by his date who complains about her parents setting her up on all of these dates. He decides to leave but Maxine feels that she owes him for saving her life so goes on the date anyway. Her parents watch on in hope, pleased that their daughter at least seems to like this selection.

Malcolm defeats two Trolls that had crawled out from a huge crater and gone on a rampage, delivering their unconscious forms to

the police. He is then late for his first day of senior year and so gets a lift in to school by the cops. He is informed that he smells due to the sweat caused by his most recent fight and so is late to class anyway due to grabbing a quick shower.

Meanwhile, Captain Stewart speaks with Frank Darling about how he pulled some strings to get him onto the police force despite his young age. He hopes that this will help convince Frank to motivate Malcolm into continuing to help out the Chicago Police Department and possibly recruit him to the force. Frank also hears about how the late Tantrum reverted to an ordinary human during his autopsy and that one of the men present has now become ill.

One of the captive Trolls starts to become talkative, he tells Scott how his people have been recently pressured into finding new territory. This is due in large part to the explosion in numbers of their rivals, the Ants. They have also not been helped by the Demonoids gathering around a repaired fire pit that has become we

akened and was where they fled through to the surface. Frank investigates this huge hole but Captain Stewart grows concerned when he does not return and he calls for help.

Maxine finally has enough of her parents’ meddling in her love life and melts down. She berates them for forcing her onto over hundred dates over the past year with eligible Chinese men. Maxine is already in love with someone and although they do not approve of Malcolm, they cannot stop her from seeing him. She packs up all of her belongings and leaves, taking them over to Malcolm’s apartment so that she can move in with him.

A worried Captain Stewart summons Malcolm to the crater and explains the situation to him before he leaps into action. Malcolm is instantly swarmed with the Ants who force him further into the underground. He eventually spots Frank and releases him before throwing him all of the way back to the surface. Malcolm battles his way through various subterranean races before the Demonoids get to him. A monstrous Demonoid emerges up from the shadows and grabs Malcolm before he can flee to safety…

Weight of the World
6 Pages 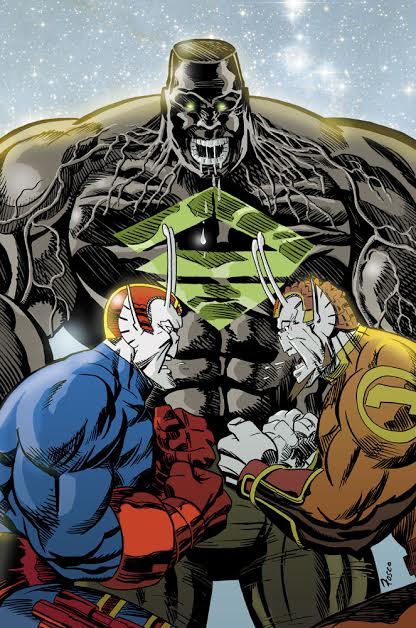 The Tyrrus Combine (Corpses Only)

Vanguard struggles to keep one of the skull ships in the sky and orders Modem to activate the power-suits for all of his people. When he’s satisfied that everyone has been safely evacuated he allows the vessel to crash down to the ground. He is then surrounded by a dozen or so Kalyptans who float overhead. Barakkus is stood amongst them and appears to be in charge. He is furious that Vanguard has brought them to this dead world and endangered them all.

An argument breaks out between Vanguard and Barakkus that looks to be getting violent. Kazi suddenly appears out of nowhere and charges at her brother’s rival. Barakkus punches the woman aside, knowing that Lurch has simply taken on the guise of the dead woman. Lurch is sent flying through the air and hits Amok. The behemoth approaches the group and threatens Barakkus who arrogantly vows that he could defeat Amok.

In an effort to make peace, Vanguard offers to send Barakkus and the other Kalyptans to the larger of the two remaining spaceships. Modem enhances his personal teleporter and sends all of the Kalyptans away. Vanguard then declares that if any of his other companions would like to leave too then they can but he has unfinished business. Roxanne Wells and Wally have been taken to one of the floating cities by the Mekka-Drones and he means to rescue them. All of his allies agree to remain by his side and the group prepare to mount a rescue mission…