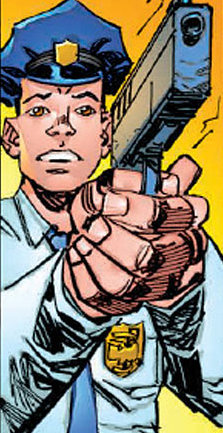 Scott is a member of the Chicago Police Department who is seen search for Malcolm Dragon when he goes missing. He confronts Malcolm when he turns into a monster, but is stopped by Maxine from shooting Malcolm.

He later goes on a date with Maxine, but realizes she’s in love with Malcolm.