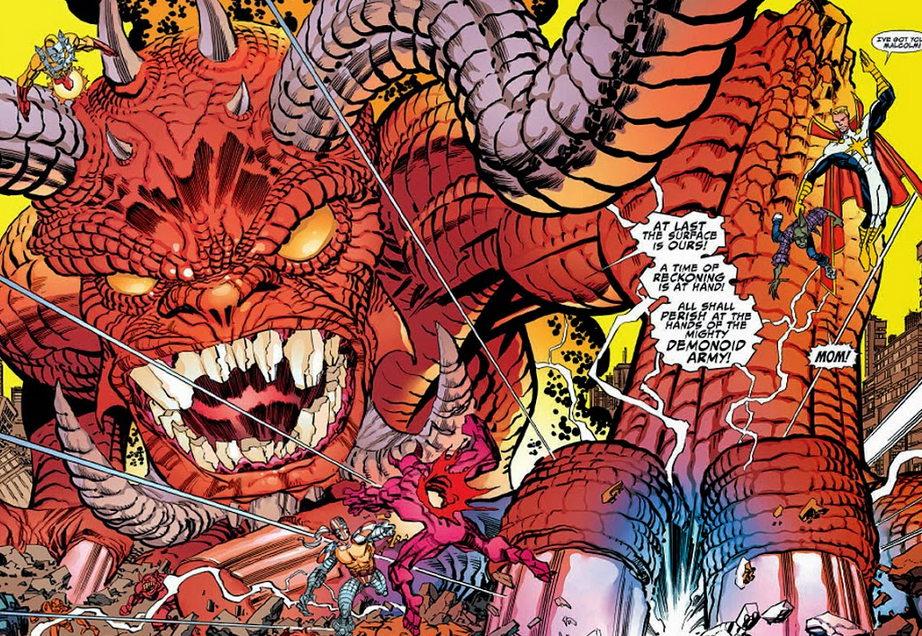 The Demonoids are a race of creatures that live underground and are normally up to no good. They are stopped by S.O.S. and are later seen when Malcolm gets involved in an underground war.
Due to Malcolm encountering them in their domain they attack the surface. Malcolm kills one of their leaders which results in the Demonoids going back underground.

They eventually attack Toronto and mass chaos ensues.  However, thanks to Malcolm and Freak Force, they are once again stopped.