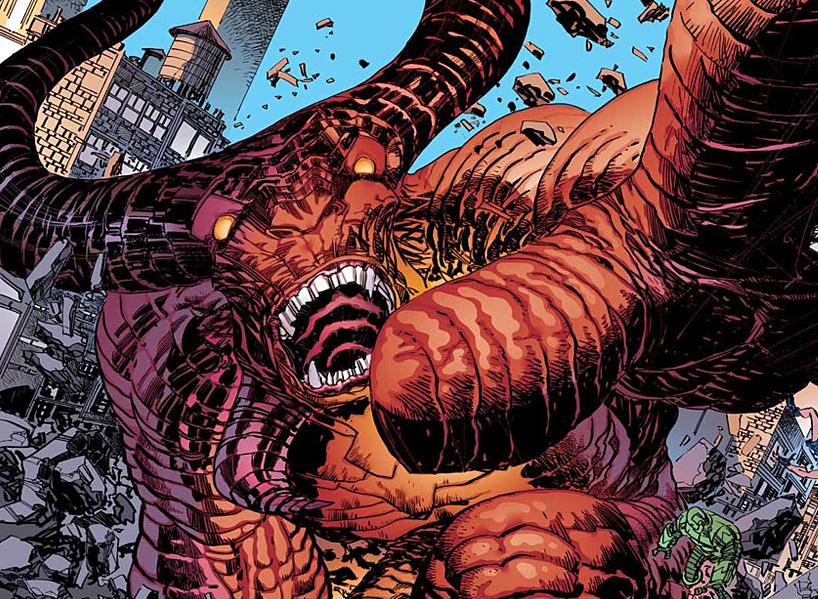 The Great One is one of the leaders of the Demonoid creatures. He encounters Malcolm during an underground battle. He follows Malcolm to the surface where he is eventually killed after Malcolm punches his way out of the Great One’s throat. (The Great One had swallowed Malcolm.)