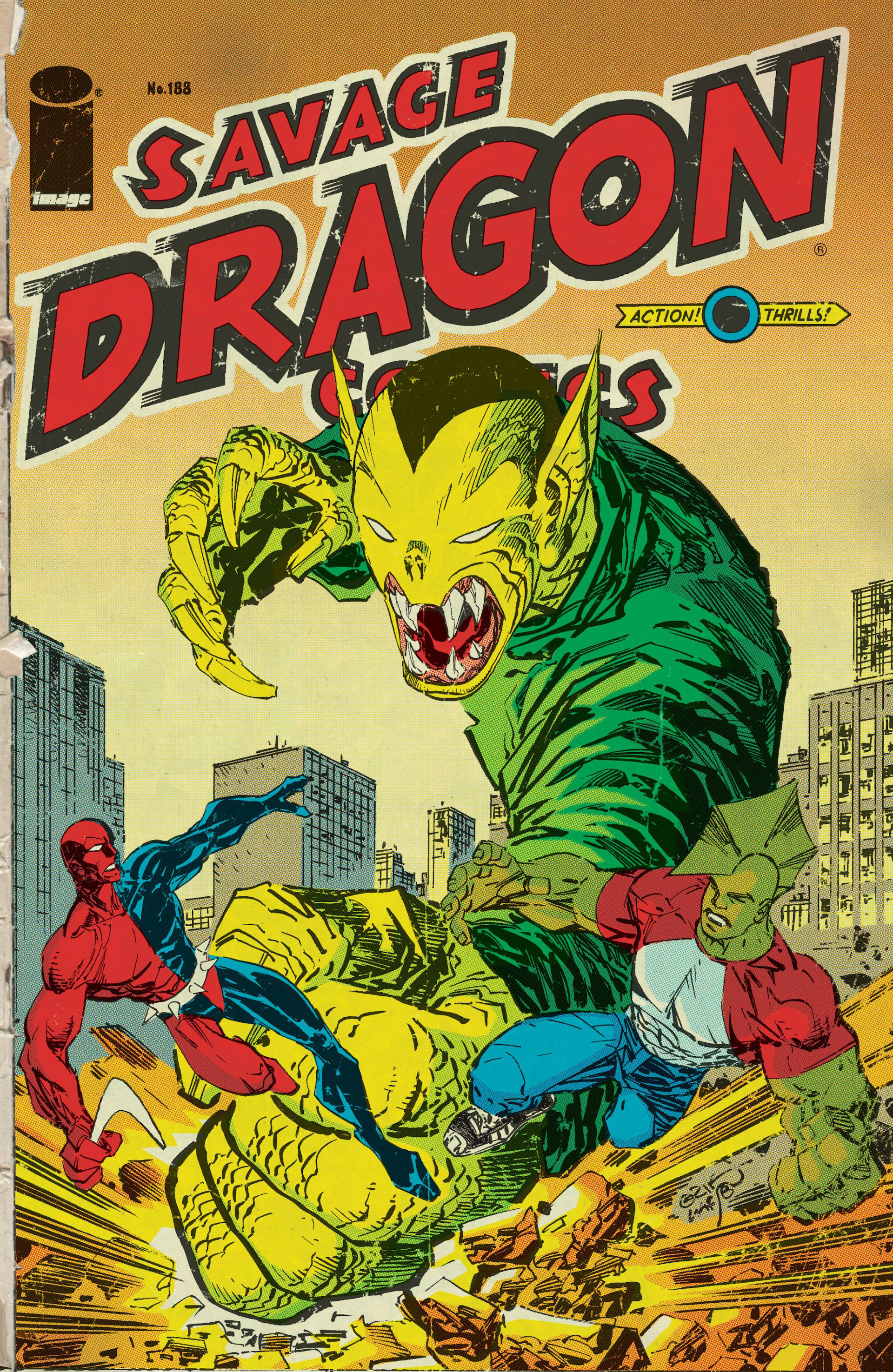 Malcolm Dragon brings his girlfriend along to the underground laboratory of Rex Dexter to introduce him and his family to Maxine Jung Lai. They reach the complex in time to witness a deadly monster emerge from Dimension-X to attack Rex along with WildStar and his allies. Malcolm leaps into action to punch the creature back through the portal. He is then told by Rex how he has been tying up some loose ends before he dismantles his laboratory so that it can be relocated to Washington, DC. Rex and Horridus have been signed up for the Special Operations Strikeforce and they wished to help WildStar retrieve his long missing allies from Dimension-X first. The two different SkyLarks merge into a single entity before these heroes thank Rex for his help and depart.

The other reason that Malcolm came to visit Rex is to try and learn if there is a way in which they can track down the Claw. Unfortunately, as he has had no prior contact with the Claw, Rex is unable to assist with this task. He promises to be available to battle the villain should he attack before his move to join the S.O.S. As Malcolm and Maxine leave the facility, Maxine notes that Horridus is somewhat strange, something that her boyfriend is all too ready to confirm.

As they continue their search for the Claw, the Little Wise Guys are mysteriously picked off one-by-one until there is only P.J. remaining. He fears the worst for his friends and seeks out Malcolm for help. They then go to speak with Daredevil who suspects that the Claw has abducted his oldest friends as a means of psychologically targeting his nemesis. The truth is actually far scarier as Dart is the one to abduct the three youngsters. She has them tied up in the air and beheads them all, draining them of their blood in the hope that it will make her immortal.

With his army now fully grown, the Claw prepares to launch his offensive, beginning with the Rock House Diner. Thunder-Head remains behind and places a telephone call to Malcolm to inform him of his master’s plans. Malcolm and Daredevil request the aid of Rock in the coming battle and he notes that people increasingly want him to fight crime. Widow joins her husband and the other heroes just in time for the Claw to launch his assault.

The Claw is surprised to see that the Air Force is already en route and they open fire upon him immediately. He suspects that Thunder-Head betrayed his plans to the authorities and crushes his minion whilst in his gigantic size. Rock and Widow witness their diner getting destroyed yet again as the Claw’s army is gradually overwhelmed. The Claw realizes that defeat is imminent and shrinks down in an effort to escape more easily. Daredevil instead throws his razor sharp boomerang which decapitates his arch-enemy.

Dragon is called before Judge Coffin to receive his sentence where he is informed that the jury that convicted him has also recommended that he be executed for his crimes. The judge sees no reason to reduce this sentence and Dragon is condemned to death. Dragon is taken back to Stronghold Penitentiary where he is confronted by a group of Vicious Circle goons. They threaten him with an early execution date but are soon scared off when Dragon declares that the only reason they are even alive now is because he once chose to spare their lives.

In the aftermath of the Claw’s attack, Rock surveys the damage done to his diner and declares that he does not have the finances to rebuild again. Malcolm then accompanies Daredevil and P.J. to identify the recovered corpses of the Little Wise Guys, Their bodies are positively identified and this is enough for Daredevil to announce that he is leaving Chicago. He had previously been invited by SuperPatriot to join the S.O.S. and he no longer feels that there is a reason to stay. Daredevil turns his back on his two friends and walks away.