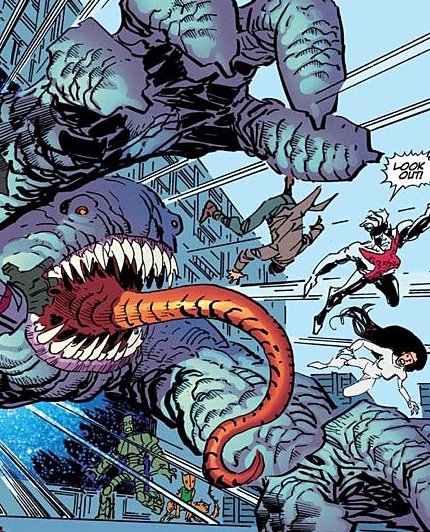 During Malcolm’s visit to Rex Dexter’s laboratory, Thrakka-Doom is trying to break through the portal from Dimension-X and Earth. Malcolm quickly knocks him out and sends him floating back into the void.

Thrakka-Doom later joins Mister Glum’s army, but dies when the planet he is on is eaten by the Awesome Eater.