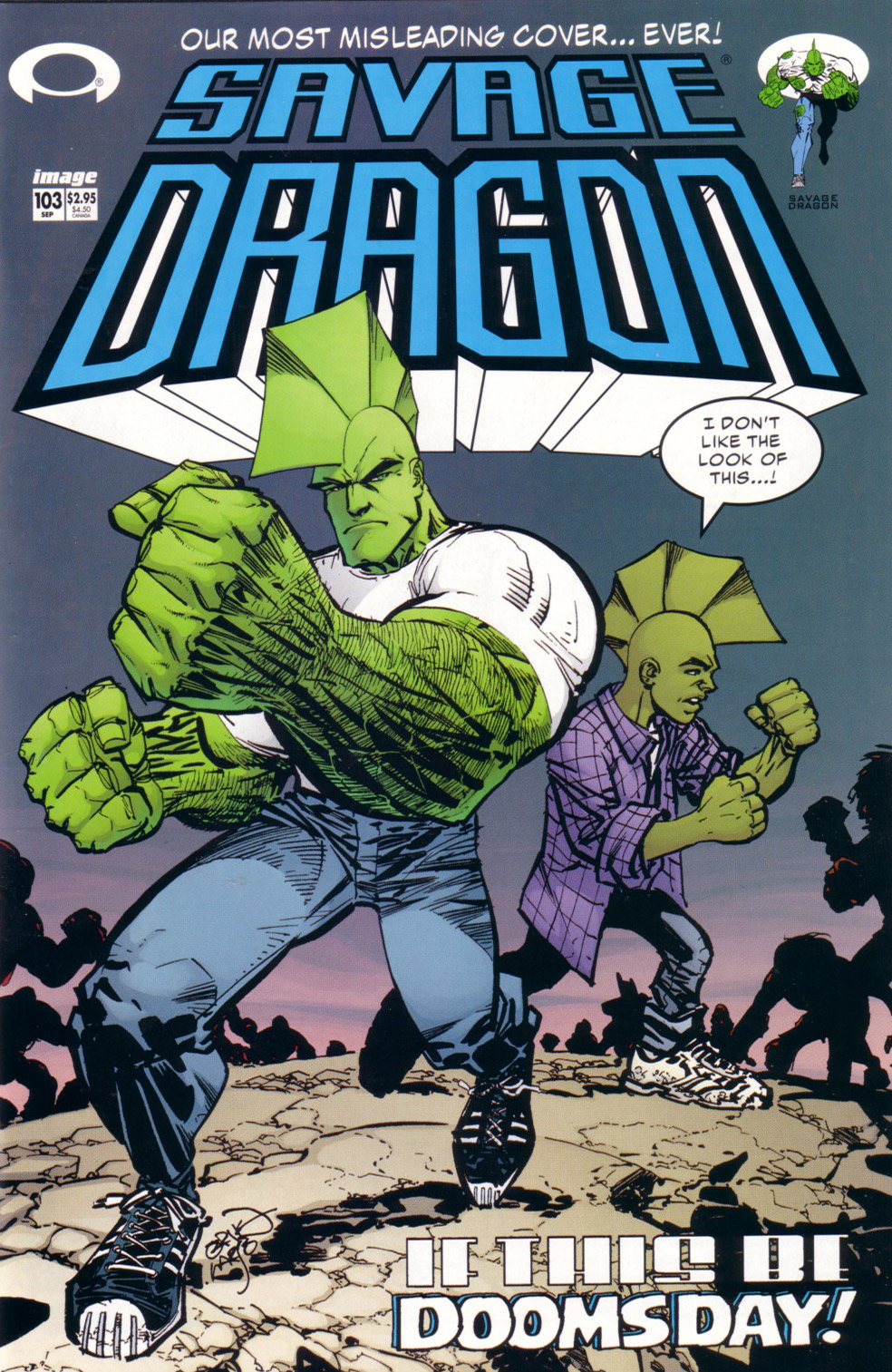 If This Be Doomsday!
September 2002
8 Pages
NOTE: This story takes place in the Image Universe

Battle Tank takes to the sky to try and deal with the threat of Universo, also known as “the Devourer of Worlds”, leaving his young friends behind in relative safety. Malcolm Dragon leads his friends inside Rex’s laboratory as they go looking for greater sanctuary. As the kids make their way through the facility, Universo is attacked by the Earth’s military but to no avail. Thousands of people die as Universo effortlessly defends himself with his optic beams. The world’s governments grow desperate and even deploy weapons of mass destruction, but not even nuclear missiles slow done the progress of the entity.

The S.O.S. arrive on the scene but a single blast leaves much of the ground in a molten state and Herakles suggests that they fall back to try and gather reinforcements. Smasher refuses to leave and valiantly attempts to stop the Universo. Unfortunately for her, a blast eradicates the entire roster of heroes in a flash of heat that would rival the sun itself.

Malcolm and his friends arrive in the main laboratory where WildStar and his travelling companions are accessing the portal to the Void. They have the Jonson twins in their custody and throw all of the children present into the endless dimension before entering themselves. Universo completes his task and converts the whole Earth into energy that he then feasts upon. With the planet dead, Mother Mayhem then leads her master off in search of his next meal. 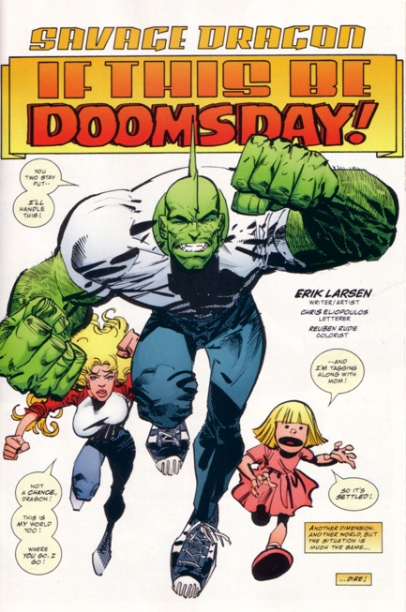 If This Be Doomsday!
14 Pages
NOTE: This story takes place in the Savage World

Universo’s attack on this Earth commences just as it did on the other and Dragon arrives back home too late to join the rest of the Liberty League. His teammates have already departed with their weapon, leaving Dragon to play catch up. Dragon contacts Vanguard and requests that he release CyberFace from his custody so that the villain can use his powers to wield his alien arsenal to defeat their foe. Vanguard and Wally had already killed CyberFace without Dragon’s knowledge and so to avoid an awkward conversation, they feign a transmission failure.

Dragon is forced to simply gather up anything he can from the laboratory and sets off to join the Liberty League, getting accompanied by Jennifer and Angel Murphy. They finally catch up in time to witness the heroes deploy their weapon, a huge gun that drains the Devourer of much of his energies. The alien entity strikes out at the device, causing the Liberty League to plummet towards the ground. Dragon pilots his hover car to intercept, rescuing SuperPatriot first and barely retrieving Battle Tank before impact but Mighty Man ended up crash-landing.

The heroes struggle to come up with a new plan but Angel suggests using the Martian shrinking gun upon the Devourer so that he is a slightly more manageable size. Dragon fires the gun but is not knocked from his vessel, the weapon falling to its destruction. The Devourer is reduced in size and although still much larger than Dragon, the hero takes the fight right to him. Dragon pummels his opponent into the ground before Vanguard arrives to offer to incarcerate the entity.

With the threat over, the Liberty League return to their headquarters and Dragon offers to handle talking to the media if Battle Tank will resume repairing Rakkum’s inter-dimensional portal device. Angel is upset when her mother and Dragon start discussing a wedding and agree on a date in August. Dragon would like the portal to be up and running by then so that he can bring his son over for the ceremony. He has no idea that Malcolm and his friends are drifting through the Void after the destruction of his original Earth at the hands of the Devourer.