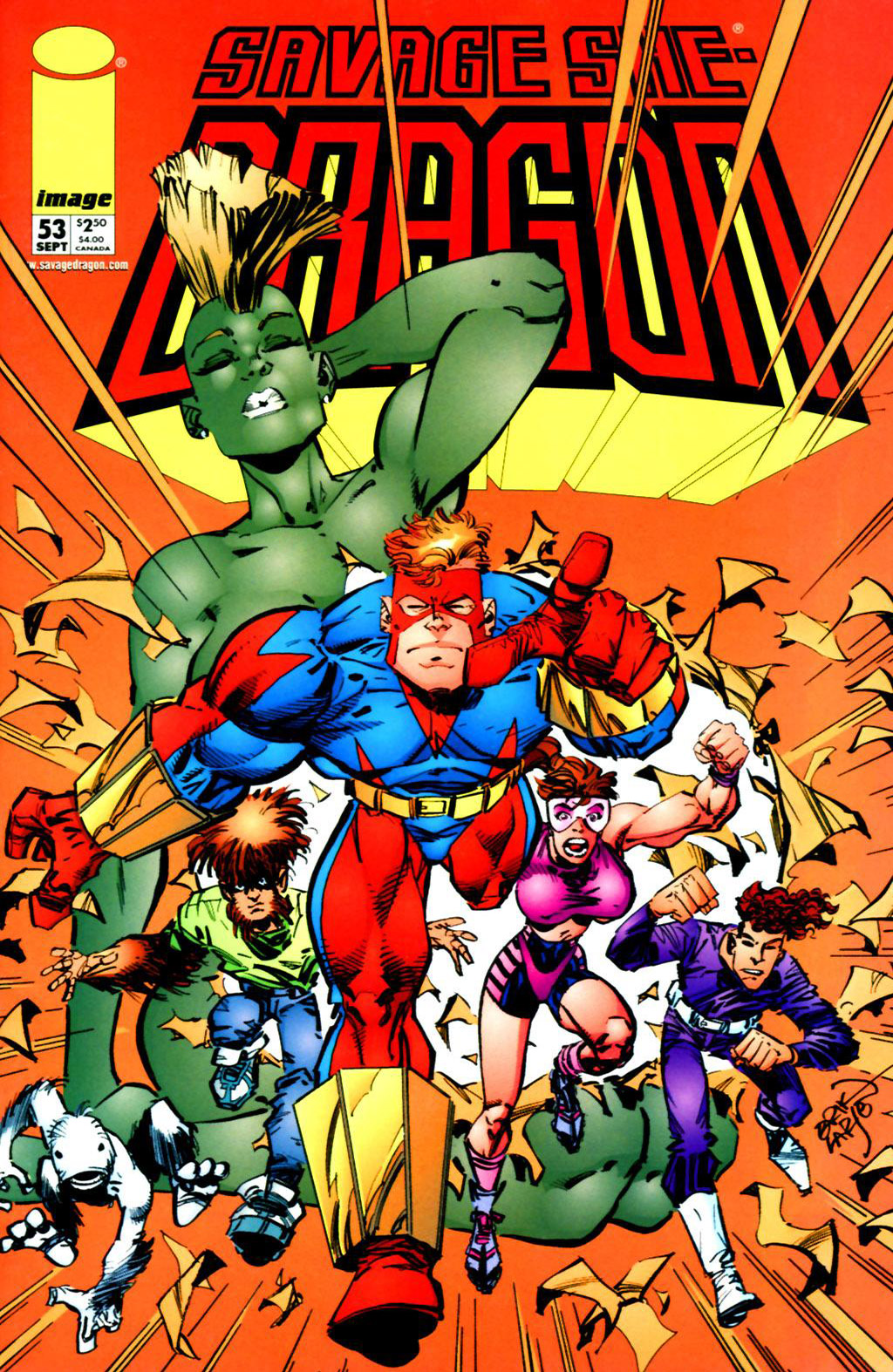 Brute Force fights one another as a means of keeping in shape while they use their superhuman strength to tear down buildings. They cannot wait for their next government job as their current occupation seems to be a waste of their particular talents.

William Jonson and Rita Medermade arrive at the Chicago Police Department to announce their engagement. They are congratulated by their fellow police officers before Alex Wilde takes the opportunity to apologise to Chris Robinson. She overreacted when she had learned that Chris used to be the vigilante Star and should not have punched him. Alex maintains that she believes he was working with a conflict of interest whilst still a costumed hero but understands why he kept his identity secret. They hug one another admit they miss each other and are watched by a jealous She-Dragon.

Zeus summons the God Atlas to his throne room and demands to know what has happened to Herakles as he has not returned from his mission to Earth. Atlas reveals that the God Squad have been all but wiped out and Herakles has been left seriously injured and in the custody of the S.O.S. Atlas proposes forming a rescue party but Zeus demands something far stronger. The news of Herakles’s condition is almost too much to bear and instructs Atlas to raise an army to finish the God Squad’s mission.

She-Dragon is furious that Chris and Alex appear to have rekindled their relationship and storms off from the precinct. She is snatched into an alleyway by Bludgeon who had not meant to startle or hurt her but his strength was underestimated somewhat. Bludgeon requests that She-Dragon visits one of Johnny Redbeard’s laboratories in search of a device that would enable him to transform back and forth between his current form and his original human appearance.

On the extremely dangerous Radiation Island, Brute Force has accepted an assignment from Stephenson. They assume that the S.O.S. were too scared to take this mission and Max Damage reports that if they are successful then Stephenson has more work for them. The monster that they had been dispatched to deal with emerges and consumes Major Battle and Moe Muscle. It pursues Max Damage but the unstable nature of their bodies causes it to explode.

Herakles recovers in hospital after surgery successfully reattached his severed arms, although it will be some time until they are functional again. Smasher pays him a visit and states that the S.O.S. wishes to reclaim their members that the God Squad had abducted and sent to Godworld. Their scientists have their technology ready to open a portal to Godworld but they require information about where the prisoners are being held. Herakles declares that the Gods had no idea that mortals could bridge the gap between Earth and Godworld and so their captives are living in freedom on their new home.

The government officials who run the S.O.S. hold a meeting and announce that Vanguard is working for them again. Rock, Widow and Zeek have insisted on taking part in a rescue mission to Godworld and will all have trackers tied into their DNA so that they can bring them all home. Stephenson has no intention to send too many members along and would have used Brute Force had they not suffered heavy casualties. Hawkins points out that Max Damage is eager to please and promises to have a new team up and running soon. Kill-Cat has been begging for the chance to impress them and Hawkins suggests using him as potential cannon fodder.

William Jonson catches his brother spying on his home and confronts him on a rooftop. He feels no guilt over giving evidence against Ralph after he had murdered their parents. The voice in William’s head gives him direction as he desires payback over having to flee across the country to avoid the assassins sent to kill him and Rita. They are disturbed by Rita who is held hostage by Ralph but William charges him and hurls his sibling some distance into a river. William suspects that his brother survived and has no idea what has happened to him, unaware that his eyes have turned green.

An open audition is held by Max Damage so that he can fill the ranks of Brute Force but the calibre of the applicants is less than impressive. Metal Man, Water Lad, Wood Boy and Bubble Boy all prove to be completely useless. Beast Boy grows excited over the prospect of joining Brute Force despite his previous failings as a hero as part of the S.O.S. and working with Kill-Cat.

AllGod stands on Godworld and refreshes the minds of the army of Gods gathered together for an invasion of Earth. He talks about how mortals turned on them after they offered up the secret of forging iron. The subsequent vow of non-interference remains intact and AllGod demands that the Gods finally reclaim all of their offspring. Thor relishes this opportunity to revisit Earth and rallies up his brethren.

She-Dragon sneaks into a laboratory belonging to Johnny Redbeard, searching for a device similar to what Bludgeon had desired. She has no idea that such a mechanism even exists but knows that her creator stole all kinds of technological wonders so it is certainly possible. Her entry does not go unnoticed and a security measure activates that begins to stalk She-Dragon.

As he stares into a mirror in his bathroom, William is shocked to suddenly see Dragon staring back at him. Dragon declares that when William struck Cadaver and the villain’s spell was interrupted, his essence bonded into his body. He has since been speaking to William directly into his mind and prompted him to tackle both his brother and the Gods.

Max Damage arrives at Complex One to introduce his new Brute Force to Stephenson who then offers his condolences over the deaths of Major Battle and Moe Muscle. They are briefed on the situation involved the abducted S.O.S. members and how the mission to Godworld is simply to get in and out in a clean fashion and avoid contact with the enemy unless it is completely unavoidable.

Rock makes a last minute plea to Smasher to accompany them on their mission as her familiarity with the landscape may prove the difference between life and death. Smasher turns down the request as she cannot risk leaving her daughter alone should she be killed or stranded again. Kill-Cat arrives to join the assemblage of superheroes and Rock is instantly upset by his presence, still wishing to see Kill-Cat arrested for his part in the deaths of some of his men. Stephenson points out that they require as many able bodied heroes as possible for this mission and Rock accepts the decision. He reluctantly welcomes Kill-Cat but orders him not to touch anything.