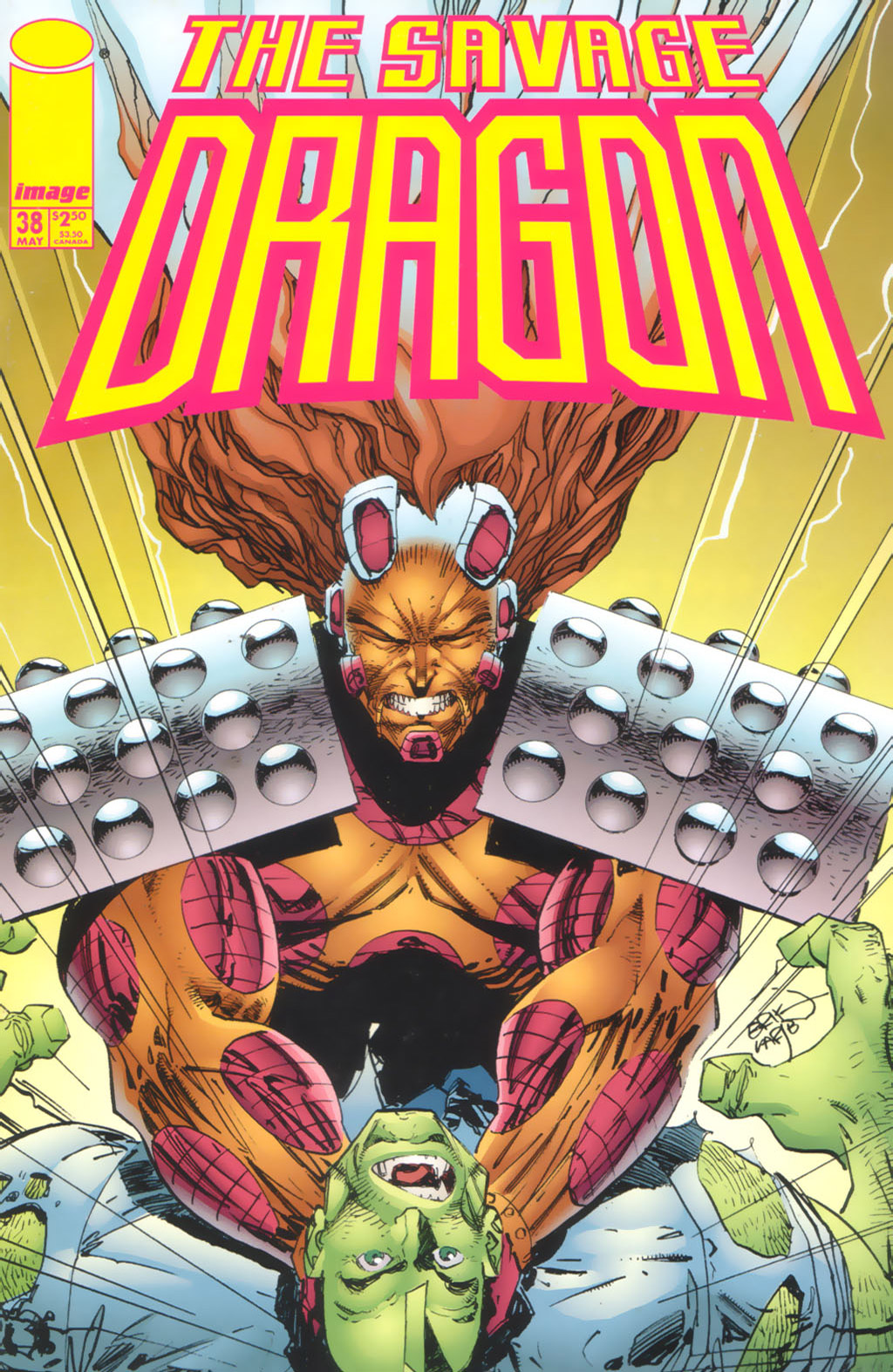 May 1997
22 Pages
NOTE: This issue features a profile for the CHICAGO POLICE DEPARTMENT

Howard Niseman is less than pleased with enlisting the aid of a super-freak in dealing with CyberFace but nonetheless he accompanies Alex Wilde to Stronghold Penitentiary. Alex tries to convince her colleague that her plan is a good one as their new ally believes he has a way of shutting down their enemy. The two officers enter into the cell of Octopus, the man who once held Howard captive, and start to listen to the information that he can provide.

CyberFace addresses the people of Chicago, announcing that while the military and law enforcement failed to protect them, the Vicious Circle stepped up to save them from the Martians. He has had Dragon crucified on a massive block of concrete shaped in an X shape. CyberFace explains how he hopes to build a partnership between humans and super-freaks that will benefit the whole city. As the speech continues, the Underground Freaks listen on from the sewers. Rock suspects that UnderMind and Abner Cadaver are influencing the minds of the crowd. He will lead his group in to battle against the villains but they will wait for an opportune moment.

Mighty Man flies down from the sky to attack the Vicious Circle but PowerHouse engages him in aerial combat, his strength augmented by Cadaver so that he can challenge the World’s Mightiest Man. The rest of Freak Force joins the fray which gives the Underground Freaks the chance to make their move. The Chicago Police Department monitor the whole situation before joining the conflict too,

Unwilling to merely watch this battle, Dragon breaks loose and smacks down HellRazor with the concrete still nailed to his arms. He then smashes the blocks on MegaTech who he uses as a weapon to throw at Evil Eye. Dragon swiftly nails DoubleHeader and MoreGore but it is not long before CyberFace himself challenges the hero.

As they race towards the scene, Alex and Howard notice an object in the air flying towards them and narrowly manage to leap clear of their prison transport. A car hurled during the super-freak war had hits them which enables Octopus to get free. He flees off towards the action and the officers guarding him are powerless to halt his progress.

CyberFace announces that he is far more powerful now than when he last faced Dragon and dismisses the notion that he could lose their fight. Cadaver calls out for CyberFace to stop but his leader leaps recklessly at Dragon and is punched square in the chest. His unstable nature reacts badly to this sudden impact and CyberFace explodes. His head lands some distance away where Octopus retrieves it, hoping that he can at least save his brain.

In the aftermath, Rapture expresses how relieved she is that Dragon survived and wished that he had not listened to her when she suggested that he was the person to go to Mars. Rock talks with Dragon and explains that shortly after the police failed to evict the Underground Freaks, the Vicious Circle stepped in and completed the eviction for some reason.

Captain Mendosa arrives at the site where he is enraged by Dragon’s recent actions. Between him abandoning his post to go to Mars and his killing CyberFace it has been decided that Dragon is suspended. Mendosa declares that he will do everything in his power to remove Dragon permanently from the force before also suspending Alex and Howard for allowing Octopus to escape.

Dragon returns to the precinct to complete his final pile of paperwork where William Jonson explains that when it seemed like the world was ending, he went for it with Rita Medermade. His excitement was too much and sex between them lasted mere seconds. Rita stops by where William apologises for abruptly leaving and the two head off to try and make another go of it. Claire Bono and Rapture both try to speak to Dragon at the same time but assume the other is now in a relationship with Dragon and leaves in anger.

Captain Mendosa explains to a hidden ally that he is confident that he can remove Dragon from the Chicago Police Department but it will take time. There are procedures for him to follow but if everything goes to plan, Dragon should soon be gone. Mendosa’s ally is actually Horde who has now stepped in to assume leadership of the Vicious Circle and will soon eliminate Dragon for good.