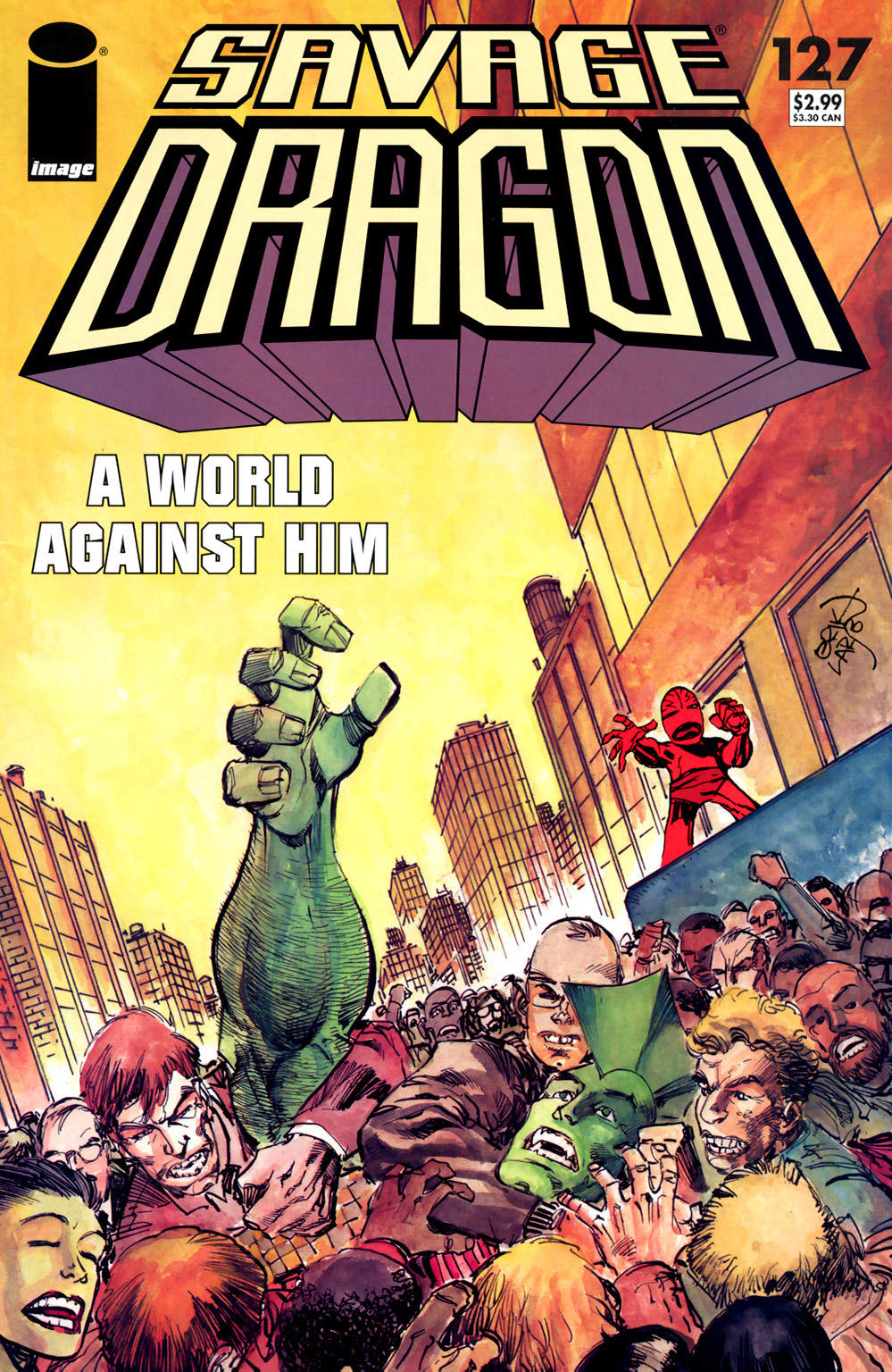 One year later. Mister Glum has been in control of the Earth now for some time and the planet surface itself is gradually changing shape. The world’s super-freaks serve as Glum’s army while billions of slaves work tirelessly to recreate the planet in the image of its new ruler. Tens of thousands of people have died already but many more are sure to follow due from thirst, hunger, disease, exposure and exhaustion caused by their endless work.

An elderly woman finally collapses after working too her and her granddaughter tries to get her back up on her feet. Both women are shot dead by Angel Dragon who has become a heartless girl over this past year, blindly following Glum the entire time. The pair demands to know how the transformation is proceeding and Stephenson gives them a briefing. The lack of red vegetation and the existence of the polar ice caps and vast oceans make it near impossible for Earth to become a new Glum World. Angel shoots Stephenson in the head for his failure and is congratulated by Glum.

Dragon engages an army of Dreadheads in battle but when they overwhelm him he is forced to retreat, teleporting back up to the spaceship headquarters of Vanguard. He has been living aboard this vessel since the return of his healing factor and has carried out close to sixty assassination attempts on Glum that have all failed. Vanguard warns that the scientists in Glum’s employ will soon find a way to track him when he flees to his spaceship.

The whole situation is frustrating for Dragon, especially as he never took Glum seriously as a threat despite the repeated warnings from his friends and family. Dragon has been trying to locate his wife and also find She-Dragon in Dimension-X whilst dealing with other threats. Universo remains contained within the spaceship but Mother Mayhem warns the two heroes that her master and she will soon be free once more and at that time, Earth will be doomed.

Years back in the 1970s, the powerful superhero Solar Man has brutally murdered Tiger for turning Sgt. Marvel against him. He hopes to eradicate all crime from the world and believes that the pair of them working together will accomplish that goal. Sgt. Marvel is disgusted with the murderous ways that have developed in his best friend. He takes out the God Gun and fires the weapon, wishing Solar Man out of existence before he can kill anyone else.

Mako leads an army from Atlantis to invade the surface world but Mister Glum is there to greet this enemy force. Angel confirms that the villain is human which means that Mako is vulnerable to Glum’s orders and is sent away. The superhuman army present is then unleashed upon the Atlanteans, slaughtering all of those that had not been killed by explosive decompression.

This distraction provides the perfect opportunity for Dragon to carry out his latest attack, teleporting in to directly challenge Glum. Angel cheers her partner on to kill her own step-father, long having been ordered to hate him. Dragon suffers a brutal defeat at the hands of Glum’s armored body and is forced to teleport away once more but this time his location is discovered. The scientists fire up a weapon that uses vibrations to shake apart Vanguard’s spaceship, leaving it in pieces and releasing Universo and Mother Mayhem whilst leaving Dragon and Vanguard floating in space…

Mister Glum celebrates his victory and the presumed death of Dragon and is hugged by Angel who confesses that she has fallen in love with him. He assures her that these feelings have not been influenced by and commands but as the couple talk, new arrivals interrupt them. A group of villains from another reality known as the Fraternity arrive. They announce that they have come to take possession of the God Gun and will not take no for an answer… 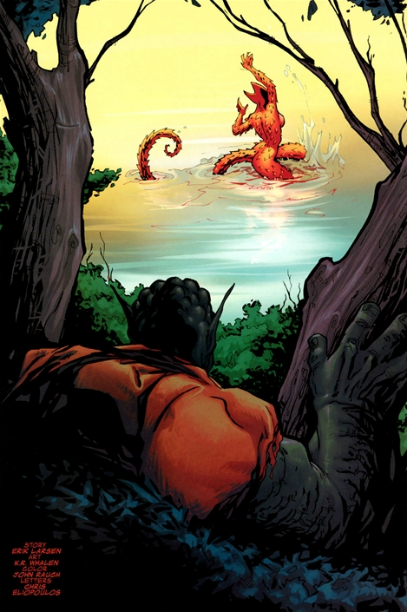 After a recent mass breakout from Stronghold Penitentiary, Horridus enjoys her newfound freedom by bathing in a lake. She is spied upon by Bud Ugly who introduces himself to her, claiming that he had just been hoping to look out for her. The villain then grabs hold of Horridus and makes his true intentions clear to her by attempting to rape her. Horridus defends herself and uses her spiked skin to slash open Bud Ugly’s face but he is too strong for her.

As he flies overhead, PowerHouse hears a desperate call for help and flies down to investigate, witnessing this attempted assault occurring. He immediately punches Bud Ugly clear of his intended victim before the former Vicious Circle allies begin to fight. PowerHouse states how disappointed he is that a fellow super-freak would attempt such a heinous crime. Anything bad that one of their people does will help sully the reputation of them all.

PowerHouse is hoping to set a good example for super-freaks and renders Bud Ugly unconscious before calling out to Horridus. He apologizes for the actions of Bud Ugly but when he turns to speak with the woman he had saved, she is nowhere to be seen. PowerHouse takes off with his prisoner to deliver him back to the prison unaware that Horridus had been watching on from the trees. She has developed a crush on PowerHouse after he saved her life.