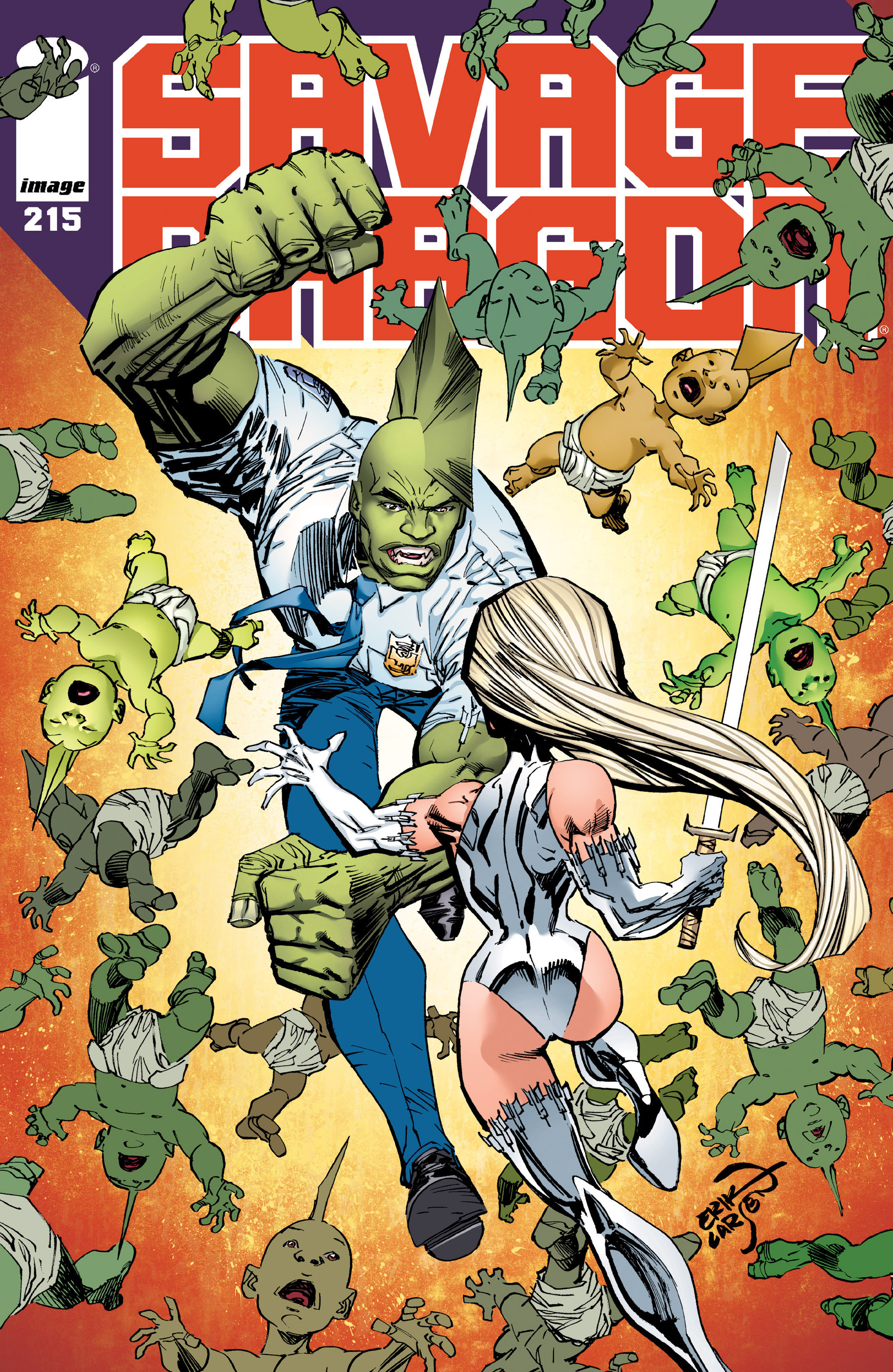 Larry Bradford and Lorella work together to try and save the life of Battle Dragon, putting his body back together before a blood transfusion can be given by Malcolm. Angel and Maxine discuss with them whether they have the right to risk Barry’s life by giving him blood that could potentially cause him to explode. Ultimately, as Barry would die anyway and they needed information about Dart that only he could provide, they go ahead with the procedure.

to trial shortly for enslaving humanity. It is noted how finding an impartial jury for the trial may be the most impossible thing to secure. Malcolm and Barry argue about their shared past but Malcolm points out that he is only alive because of him. Maxine and Malcolm then mess around with Angel about their ideas for names for the triplets.

Barry gives up the location of Dart’s fortress that is well defended by the Vicious Circle. Angel suggests that Malcolm use his aim to fire Freak Out at them all to lower their numbers and that she could deal with anyone else whilst he tackles Dart. Malcolm explains that Freak Out must only be used as a last resort as it could doom super-freaks that were terminally ill before their transformation or unleash other kinds of problems.

As Malcolm and Battle Girl reach the police perimeter around the Vicious Circle stronghold, it is revealed that Dart had contacted the authorities and threatened to kill her prisoners unless Malcolm goes in alone. Despite the vast number of foes within, Malcolm feels he has no choice but to comply. He calls Maxine to potentially say goodbye but she races to the scene in person and hands him something as a supposed good luck charm,

Malcolm enters into the building and is shocked to discover Dart standing alone in a trophy room surrounded by the dismembered corpses of all of the Vicious Circle members that were seemingly her protection. She has the triplets hanging above some kind of chemical furnace and cuts their tethers. Malcolm leaps to intercept and is swiped at with the God Sword but is saved when Maxine’s force-field bracelet, her charm, activates and protects the hero. The device shorts out from the impact but did its job one last time.

Dart attacks Malcolm once more but he catches the God Sword and shatters it before taking the fight to Dart. He catches all of her thrown darts and throws them back. The fight soon causes the building to collapse and Malcolm uses his body as a shield to protect his children. He digs them all out and is soon reunited with his family. Dart emerges from the debris and is confronted by Barry about her past actions, She apologizes about everything and pulls Barry in for a kiss but the boy’s body suddenly explodes as a result of the Dragon blood transfusion!