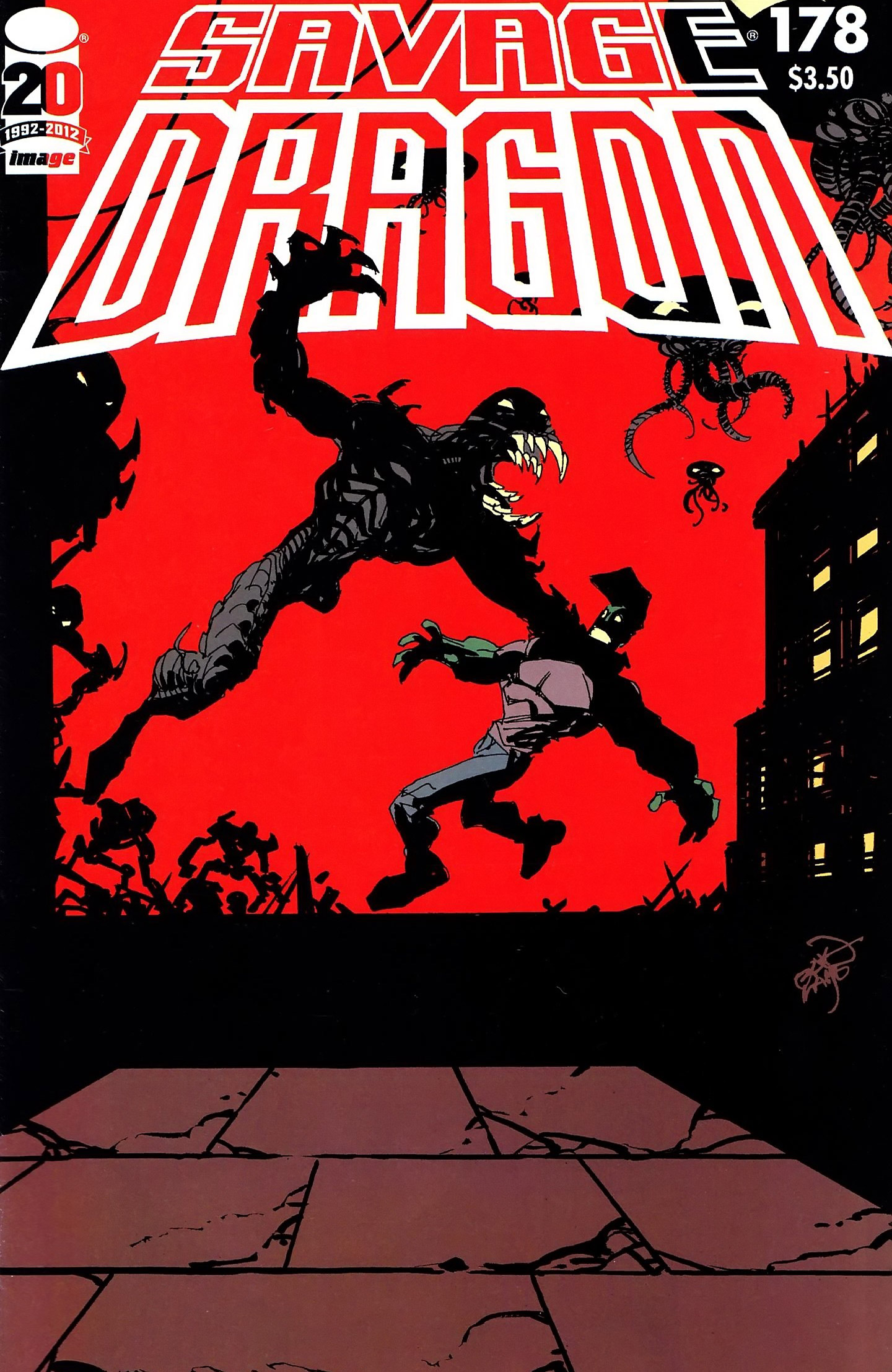 Malcolm Dragon begins the New Year by confronting a super-freak called Headcase that had stolen money from a church over Christmas. He brings down the criminal with relative ease before checking that his foe was unconscious. Malcolm is then approached by Tierra Jones who declares that they need to talk. The subject of this conversation is assumed to be about the young couple sleeping together and he awkwardly tries to talk about it.

The fact that Frank and Angel have started sleeping together recently has put the idea in Malcolm’s mind that Tierra wants a similar sort of relationship. He tries to say that he is not ready for that particular step but Tierra interrupts him. She states that dating a superhero is simply too dangerous for her to do. The sheer amount of superheroes’ girlfriends that have been killed over the years is something that Tierra simply cannot deal with. She reluctantly announces that Malcolm and she should stop seeing one another.

Pee Wee catches up to one of his fellow Little Wise Guys at the site of the Rock House Diner’s reconstruction. P.J. is watching the construction work to pass the time when Pee Wee reveals that he has recently had a medical examination. Pee Wee explains that the years he spent in suspended animation amongst various superheroes has caused his blood to mutate, effectively making him ageless. Now that P.J. is one of Pee Wee’s blood brothers there is a very real chance that he too will remain an eternal child. This revelation is accepted by P.J. in his stride and the young friends settle down to share a hotdog.

Malcolm has breakfast with his family and reveals that Tierra has broken up with him, leaving him without a date to the prom. He notes that now that Angel and Frank have found one another, this will make it even harder for him. Malcolm walks away which leaves a confused Mildred Darling to question her son and his secret girlfriend about the fact that they are now in a relationship.

At school, Adrian Weatherspoon has fun at Malcolm’s expense, mocking the fact that he is still a virgin and is likely to remain that way now that Tierra has broken up with him. Malcolm does his best to dismiss the bully’s words once more, confident that as soon as school has finished that Adrian will have little to no prospects at life. He then walks away, pointing out that should some monster attack the school that he will come running to him for help like everyone else.

Maxine approaches Malcolm and says that she is sorry that things did not work out for him and Tierra. It is noted how quickly this news has gotten out around the school before Malcolm then starts to ask Maxine out. He is interrupted by three girls who walk off with the young hero, revelling in his newfound surprising status as something of a heartthrob.

Unable to sleep at night, Larry Bradford is questioned by his wife over his recent insomnia. Larry talks about how he has discovered the means to prevent them from ever aging again, allowing them to remain in their current state forever. Ann Stevens is confused by this declaration but it is something that Larry clearly cannot let rest.

As they walk along together, Angel is pleased to announce to Frank Darling that she has been accepted into the same college as him. Frank is considering taking a year off to go travelling and he would love it if Angel would accompany him. He wants to eventually join the Chicago Police Department but there are years he has to wait until he is old enough. Angel is excited by the prospect of visiting Europe and other places and the couple consider their options.

Malcolm gets in trouble with Mr. Peters, his new teacher, when P.J. asks him for help during a math exam. Before Malcolm can be reprimanded, Battle Girl bursts into the classroom to declare that Captain Stewart has asked for their help as aliens have landed and begun an invasion. The two heroes race to intervene but end up getting attacked by one of the Tyrrus Combine who has crashed through the school building.

The Tyrranean proves to be a deadly foe by slashing open Malcolm’s chest and punching Battle Girl a great distance. Adrian and his girlfriend come across the scene and the delusional young man confronts this alien invader, much as he recently did with OverLord. The Tyrranean mercilessly severs Adrian in half, instantly killing him and shocking a recovering Malcolm. Malcolm is soon rejoined by his step-sister and together they finally manage to kill their foe, snapping his neck with a fire hose. As they try to recover from the fight, numerous alien vessels are seen floating above them in the sky… 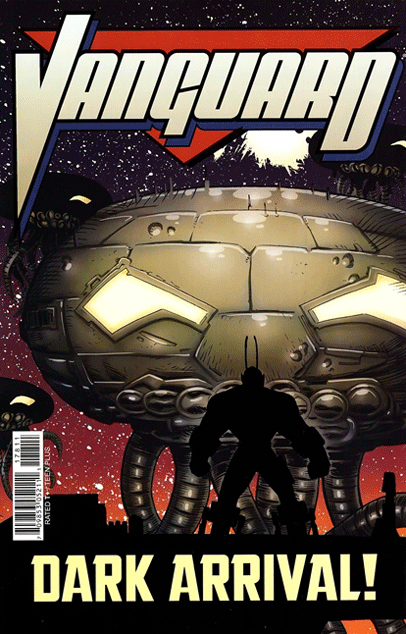 Aboard the various Tyrranean spaceships, a video message is broadcast to them which seems to show one of their warlords declaring that the Kalyptans have been defeated. It asks that a replacement interface drone is required to fully secure this vessel so that it can serve as the warlord’s new base of operations. A replacement is teleported over but it soon discovers that the Tyrrus Combine have been victims of a ruse.

The warlord reverts back into the form of Lurch as Modem leaps out and assumes control of the drone. She notes that she has come around to liking Vanguard and has agreed to help him in return for regaining her powered form. The heroes try to learn more about the invasion but Lt. Barakkus grows angry, noting that these drones once served the Kalyptans until they rebelled against their masters. He punches a hole through the cybernetic entity and ends up harming Modem in the process.

Vanguard verbally disciplines Barakkus for his actions. Barakkus ignores Vanguard’s words and declares that Wally and the Morphlings should all be destroyed before they end up betraying them too. This idea dismays Vanguard who states that Wally and Lurch are two of his closest friends and that he will not tolerate talk of their destruction. Roxanne Wells interrupts the argument to note that their spaceship has begun to shake. A teleportation has been activated and although Modem is suspected, she is still weakened from Barakkus’s blow, and is not the cause.

The Tyrranean’s mechanical drone’s nanotechnology had in fact started repairs to his shattered torso and he was able to access Vanguard’s teleportation equipment. As the heroes prepare themselves, an army of Tyrraneans suddenly appear before them. The severity of the situation is not lost on Vanguard as the heroes are completely surrounded…