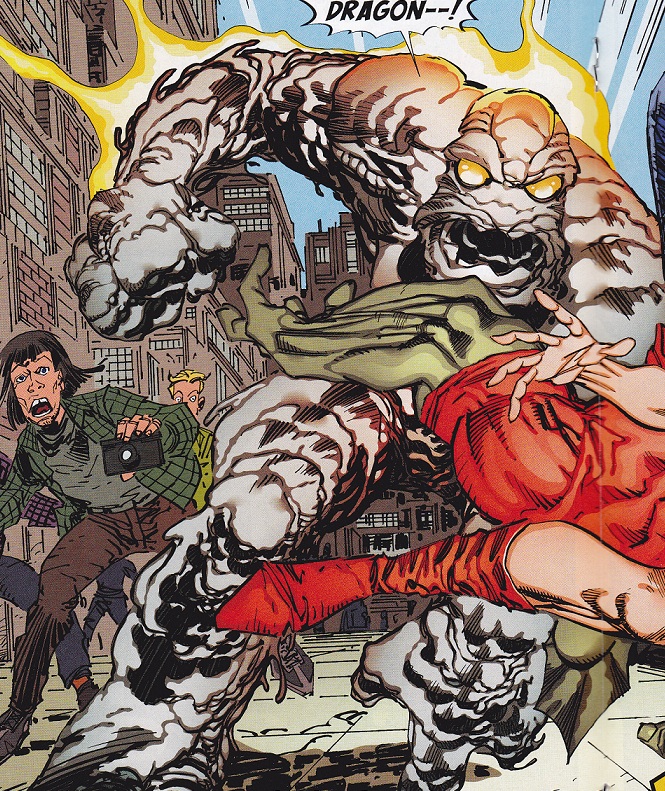 Brenda is introduced as Adrian “Spoon” Weatherspoon’s girlfriend. She is always by his side while at school and is constantly giggling at the comments he makes. When Adrian confronts a Tyrranean and is cut in half, she is present and this event catches her by surprise.

Due to Adrian’s death, Brenda seeks revenge aganist Malcolm and begins a quest and is able to find the Mighty One in order to be given powers. She is given powers by him and attacks Malcolm and now has an appearance of molten lava rock monster and goes by the name of Slag. She is defeated and her body is dispersed, but it begins to reform after the battle.

She later attacks Angle, but is defeated when Thunder-Head helps in the fight.