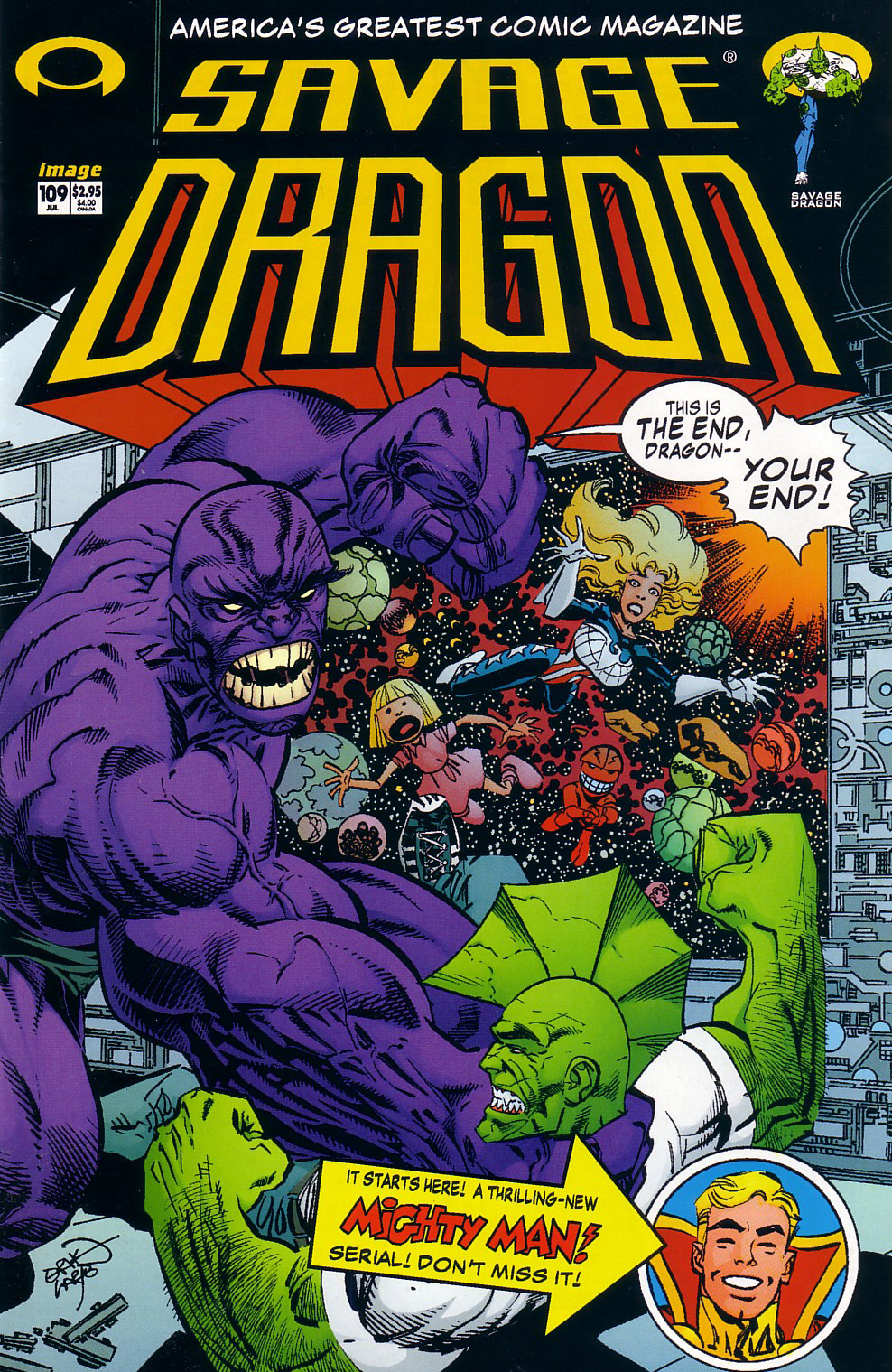 Dragon demands that Battle Tank be placed down safely but his words confuse Thor as he refers to the hero as a woman whereas the voice coming from the armor is that of a male’s. Jennifer Dragon points out that the only reason that Battle Tank seemingly attacked him is due to her lack of experience piloting the battle-suit. Thor considers what is said to be the truth considering how clumsy the assault upon him was and he drops his unconscious victim.

As Thor prepares to depart, Dragon confronts him over the murder of Annie but he defends his actions, stating that hiding his son from him was a crime punishable by death. Jennifer is outraged by this claim as Annie had been the victim of a brutal sexual assault at his hands and even though she became pregnant as a result, she carried the child to term. Thor holds his own against both Dragon and Jennifer but Battle Tank recovers somewhat and fires a powerful energy blast at him.

Thor retains the advantage of the conflict and would have landed an otherwise fatal blow to Jennifer but Dragon had stolen his strength-giving belt. With his strength doubled and Thor’s halved, the duo is a fairly even match and they get locked in a deadly duel. Jennifer rejoins the fight and together with her husband and they are finally able to bring Thor down. Knowing that the villain will soon recover, Dragon puts on Thor’s gauntlet and repeatedly strikes at his head with the mystical Miolnir. Angel hopes that Dragon will not kill Thor as he had saved her from crashing into the chimney. Dragon then empties out the webshooters to pin Thor into place, explaining that he would otherwise not give up until he or they were dead.

Dragon flies his hover car back home where he drops off his companions before setting off for God Town with his prisoner. Alex Wilde has been left exhausted by his first mission as Battle Tank but managed to avoid any injuries due to the armor’s protective nature. She falls asleep in a chair whilst Angel and Jennifer search the house for Mister Glum. They eventually find the alien trapped on the other side of the Void portal. A figure emerges from the shadows and the Lummox claims to be an old friend of the family before he casts first Angel and then Jennifer into the Void.

Meanwhile, the hover car reaches God Town where he hopes to seek Herakles’s permission to have Thor tried, convicted and jailed within the United States. A sudden flash of light momentarily blinds Dragon and when he regains his eyesight, Thor and his weapons are missing. God Town itself has also vanished and Dragon assumed that they either teleported away or made themselves invisible. Either way, the threat of the Gods seems to have passed which should please the President at least.

After returning home, Dragon discovers that Alex has been asleep since she returned. She points him in the direction of the basement before heading upstairs in search of some aspirin for her headache. Dragon goes to check on his wife and daughter but is ambushed by the Lummox. He initially holds his own against this new villain but is eventually overpowered and he too is thrown into the Void to join his worried family… 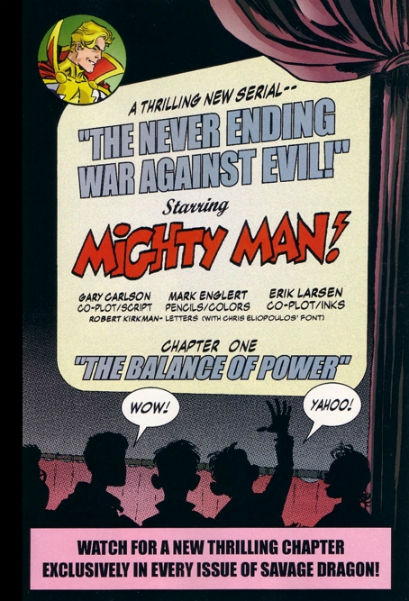 MIGHTY MAN
“The Never Ending War Against Evil!”
– Chapter One –
“The Balance of Power”
8 Pages

The wizard Fon~Ti sits within his stronghold and recalls how centuries ago he created an entity of immense strength to fight the forces of evil ravaging Earth. There were numerous hosts over the years but there were periods of years, and sometimes decades, where the entity would lie dormant as its host would have no idea of their inheritance. After one such hiatus a boy named Bobby Berman received the gift back in 1940 and was inspired by comics to become a superhero that he dubbed Mighty Man.

Mighty Man would go onto assist the Allied Force in World War II and he was soon joined by another superhero, SuperPatriot. These two would often fight alongside one another and would later be joined by other heroes to form the Liberty League. Berman served as Mighty Man for decades until criminals learned of his secret identity and brutally murdered him whilst in his mortal form. The entity would be passed on to Ann Stevens but she would not discover this gift for another nine years. When Dragon revealed the truth to Ann, she reluctantly assumed the mantle of Mighty Man. Although worthy of the powers, Ann fears the responsibility and would rather help heal the sick as trained medical professional.

In the present, Ann Stevens walks to work as her bus is running late and comes across a bank robbery in progress. When she hears that the criminal responsible is holding twenty-three people hostage, Ann decides to intervene and transforms into Mighty Man. The hero confronts the Slammer who is using his energy from his power-pack to keep his prisoners caged. The Slammer also announces that he can his energy to augment his physical strength and he challenges Mighty Man to see who is the strongest…