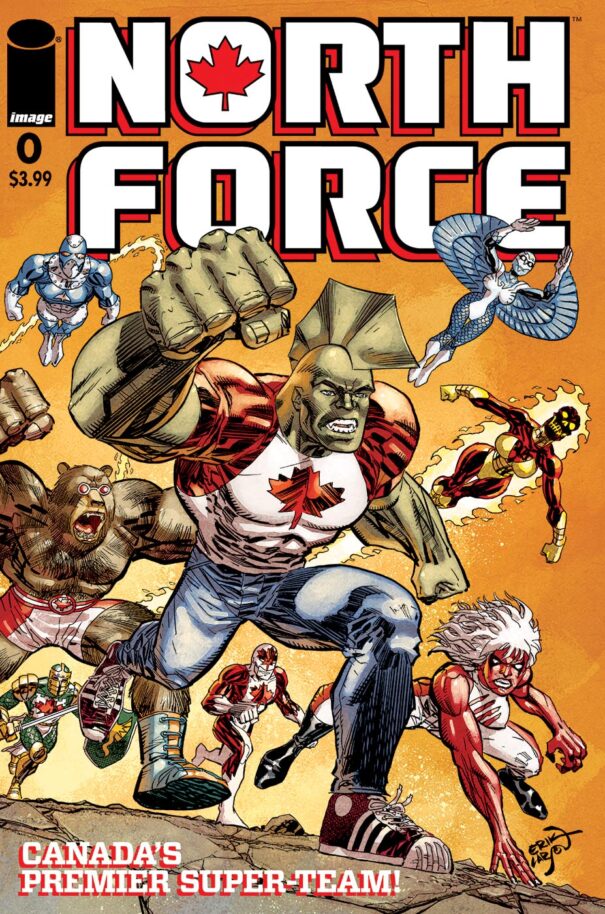 The Stone Men from Cyrus-5

The members of North Force interview Malcolm Dragon as a possible member for their team. The interview is interrupted when Shamus Pugg informs the collected heroes that aliens have invaded Winnipeg. Malcolm joins North Force as they travel to face the Stone Men from Cyrus-5 in Winnipeg. Malcolm talks to his wife on the phone and promises not to run off to space with the team. The battle is long and hard fought and the heroes appear to be losing to their superior numbers, when Captain Tootsie arrives and shatters the Stone Men with his Fargo-Ray, reducing them to rubble. Tootsie tells the Canadian that they need to take the battle back to Cyrus-5. The Canadian tells Captain Tootsie that they have no means of space travel, but Tootsie has captured one of their saucers over Thunder Bay and offers to take the team to the Stone Men’s home planet to defeat them once and for all. Malcolm Dragon tells the group that he can’t go, which prompts the Canadian to tell him that North Force needs to be able to count on team members to leap into action without hesitation. North Force and Captain Tootsie leave in the saucer to go face the Stone Men, leaving Malcolm Dragon behind.