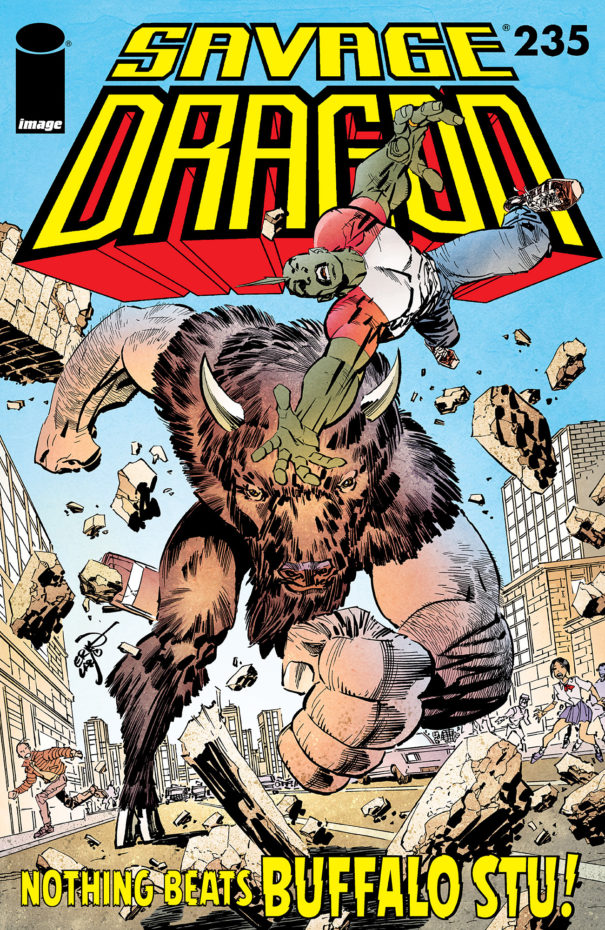 Freak Force is joined by Daredevil in making a raid on the government facility that contains the portal to Dimension-X. They had learned that Battle Girl, Jennifer Murphy and Alex Wilde had all been dumped in that dimension after being labelled “aliens” due to them hailing from another Earth. The heroes are careful not to kill anyone through their raid before dispatching half their number in search of the missing women. Lighting Girl makes a call to Malcolm Dragon to inform him of this all and gets an update on her family’s lives.

It was decided that an injection of Freak Out would be given to Mei so that her unborn child would be negated and would no longer pose a threat to her in the womb. Thunder-Head reports back to his family of the success of this procedure. Malcolm later discusses with Maxine how they should keep the details of her resurrection a secret or else his blood would be in high demand. Maxine laments on the fact that her restoration has resulted in her needing to wear braces again as being returned to her original appearance also left her with her original teeth.

In a laboratory somewhere, a mutated buffalo learns that his entire herd has been killed through the experiments that created him. Buffalo Stu escapes from the facility and accidentally kills the woman who had mutated him. He is soon on the streets of Toronto and rampages throughout the city, drawing the attention of Malcolm. The hero leaps into action and leaves his kids to take care of their infant sibling so that she does not harm Maxine.

Meanwhile in Dimension-X, Angel and Alex had buried the murdered Jennifer and had spent some time with one another. The pair soon begins to get closer and appear to have begun at least a temporary relationship. They are attacked by a monster that is soon killed before Freak Force crash down nearby, engulfed in a battle of their own. They are soon victorious and reunited and are able to pass back through the portal to Earth.

The fight between Malcolm and Buffalo Stu continues with Tyrone at one point trying to assist his father. Maxine panics and flees with her brave son as Malcolm steps up the pressure against the self-proclaimed unstoppable humanoid animal. Malcolm eventually wins through a combination of his strength and lighting abilities. Maxine receives a call informing her of Freak Force’s success and they celebrate the return of their long-lost friends. Unknown to all, at the gravesite of Jennifer Murphy, the ground begins to give way as a shadowed hand reaches up from the dirt…

I Met Ogur From Outer Space!
3 Pages & Back Cover

NOTE: This story is reprinted from BIG BANG COMICS v2 #7.

Doctor Weird, Master of the Macabre
3 Pages & Back Cover

NOTE: This story is reprinted from BIG BANG COMICS v2 #12.