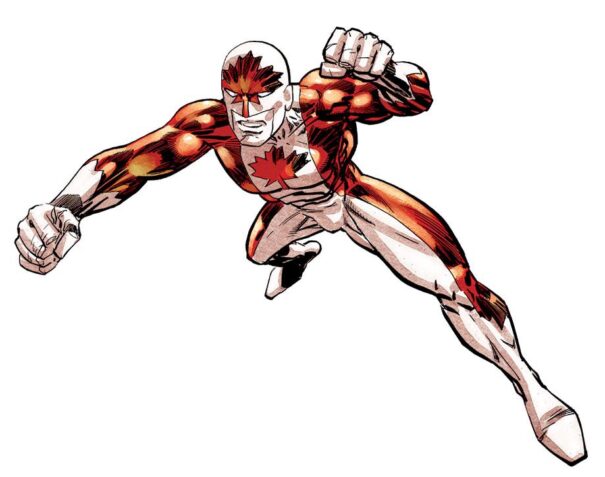 Michael Strongheart is the fourth First Nations man to assume the mantle of the Canadian. Each one has assumed the role after the passing of the previous one, as the costume, identity and power is passed from one person to the next. To the outside world, it appears as though there has been eternal warrior who has protected their great country.