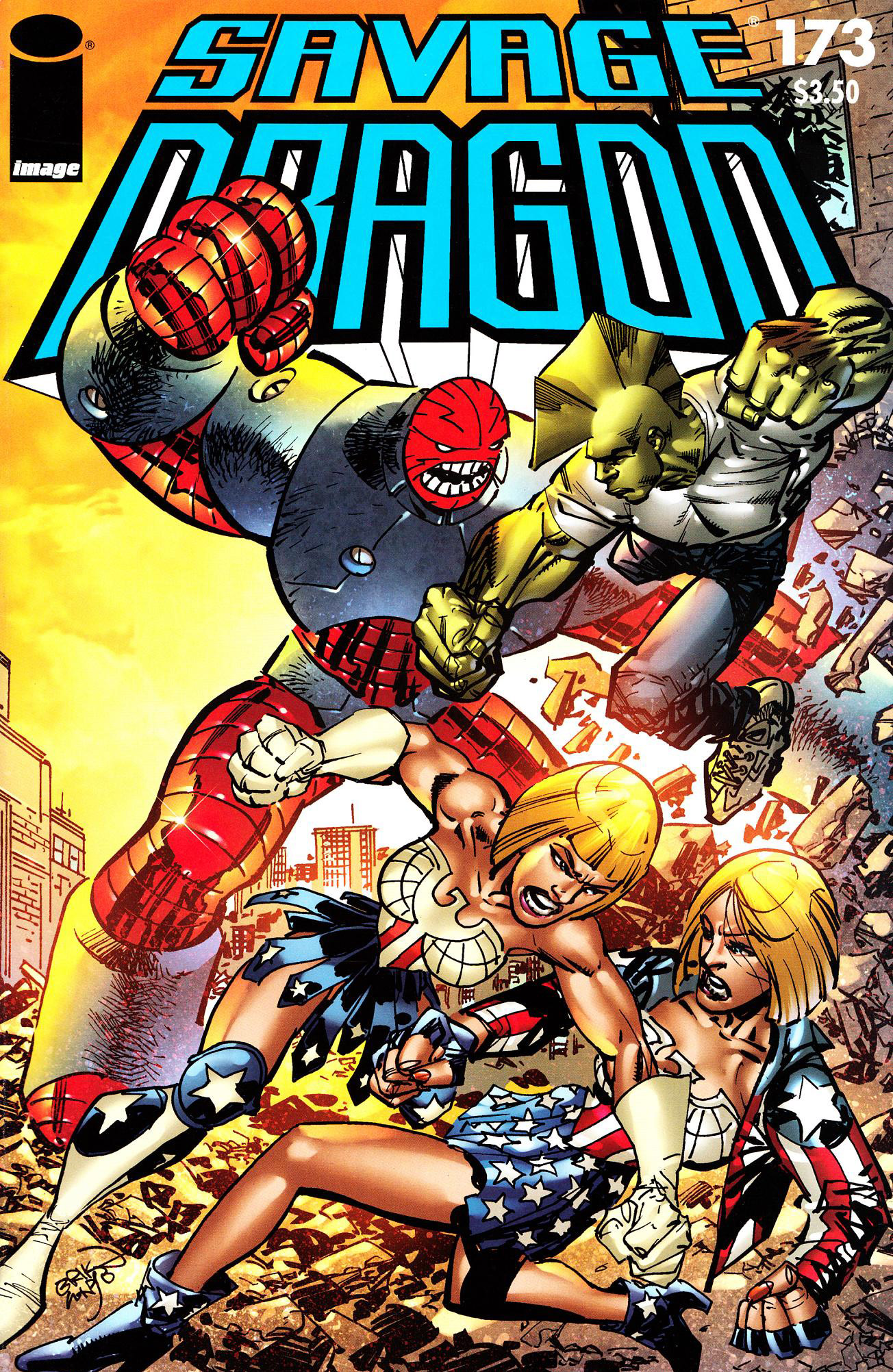 Angel Dragon reveals her new patriotic costume that is clear to Malcolm Dragon to be inspired by her mother’s costume. He questions the wisdom of wearing a leather jacket during the summer but she dismisses those concerns as there are far worse things for her to worry about as a superhero. Angel declares that the recent clash with Warren Terror prompted her to adopt the patriotic design as a way of reclaiming the flag from evil people like him. She also confirms that she will be operating under the codename of Battle Girl still as that name is far too cool to abandon.

The young heroes are interrupted by Frank Darling who has the latest edition of the Gossip Rag, a newspaper that is carrying a front page article about Malcolm. In this article it is claimed that Malcolm told his starving uncle to drop dead, painting him in a negative light. Malcolm is furious about this turn of events as Angel points out that Willie Jackson must have a sold the story after his pleas for cash fell on deaf ears. Before Malcolm can storm off to confront his estranged uncle, another article is noted regarding the “Church of Savage Dragon.” This new movement was inspired by the chapter in their father’s book about his dream involving God and The Devil.

Meanwhile in Dimension-X, the other Angel Dragon is mid-battle with a monster which is abruptly killed by Mister Glum. The alien despot announces that he has created the means for the pair of them to return to Earth unmolested so that they can get a burger for Angel. Glum has built an image inducer that will hide their true visage from everyone and should help them avoid discovery from mankind.

Back on Earth, the monster known as Snake-Eyes rampages through Chicago until Malcolm and Battle Girl confront him. The duo eventually wears down their foe but his defeat does not occur before he knocked down the building in which Malcolm’s friend P.J. resides. The boy’s mother was killed during this conflict and he is left an orphan.

Glum and Angel arrive at the Rock House Diner in their bizarre disguises and are shown a corner booth by Widow, Glum is concerned about being around people that they know but Angel misses the burgers served there and assures her partner that they will be safe as long as they act cool. They had not expected for Angel’s counterpart to arrive at the diner, accompanying Malcolm as he brings P.J. there to take his mind off of the death of his mother.

P.J. states that he has nowhere to go as he has no living relatives left but Battle Girl is positive that any number of his friends will offer to put him up, including them. Daredevil and the Little Wise Guys were at a neighboring booth and they offer up the chance to move in with them. They are all orphans too and P.J. could become one of their own.

Back in Dimension-X, Robot Rex and the remaining robotic minions of Rex Dexter carry their creator and his family away from a group of giant monsters.

With their meal over, Glum attempts to pay the bill using cash he created using the image inducer. Widow instantly identifies the money as fake, causing Glum and Angel to flee from the diner. Glum confesses that he had no recollection of what money looked like as he had no use for it during his last stay on Earth. All of the heroes gathered in the Rock House Diner give chase to the two runners whose disguises are dropped.

Glum deals with the majority of the heroes attacking him while the two Angel Dragons fight one another. This duel is cut short when Daredevil hurls his razor sharp boomerang to take down the villainous Angel. Glum is consumed with rage and blasts at Daredevil but Malcolm dives to push him to safety. The injured Angel is gathered up by Glum who refuses to allow his foes to take her to a hospital as he will treat her himself. Glum vows that should Angel die of her wounds then he will return not to conquer Earth but to destroy it. Daredevil feels guilty over his actions and Battle Girl is furious with him but Malcolm calms things down. He is positive that this affair is far from over… 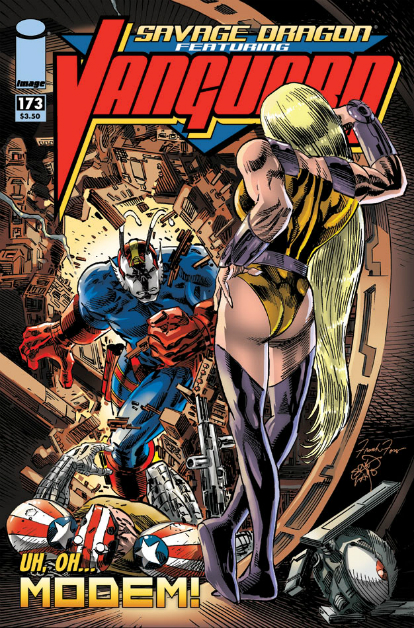 Marvel:
The Hulk (Disguise Only)

Vanguard completes the latest set of repairs required to his spaceship after it had been used by Emperor Kurr as his base of operations. It should now be impenetrable from outside hijacking although the end of this task brings a sad outcome. Wally points out that they no longer have an excuse not to return to Kalyptus as instructed. He also declares that he refuses to leave Earth as he would be assimilated into a master computer and his personality would be lost.

A distress call is made from Earth by SuperPatriot who is teleported up aboard the vessel but the hero surprises Vanguard by opening fire. He announces that he had woken up in a government cloning facility who had recreated him after his battle with Kurr. An outside force now controls his actions but Vanguard is soon able to render him unconscious. Before he can investigate the matter further, Wally now attacks and knocks down his best friend.

Modem reveals herself to be responsible, finally seeking to avenge her transformation years ago which had been caused by Vanguard. The alien hero shuts down his vessel’s power supply to cut off the majority of the arsenal that could be at Modem’s disposal. He then dispatches Lurch to overpower the villainess but Lurch’s mechanical brain is enslaved. Lurch is transformed into a muscle-bound behemoth but Vanguard overrides it. All of the Morphlings had been protected from Modem’s abilities as a precaution, ending Modem’s threat.

The defeated Modem then finds herself trapped inside a stasis tube where she is helpless. SuperPatriot recovers from his possession and learns how Dr. Stacy Swan had been transformed and has been plaguing Vanguard for years, searching for revenge. A device within the tube is activated and transforms Modem back into her original human form, leaving her powerless. Vanguard is then thanked by SuperPatriot for all of the help that he has given Earth since he was posted there but he is assured that the pleasure was all Vanguard’s.