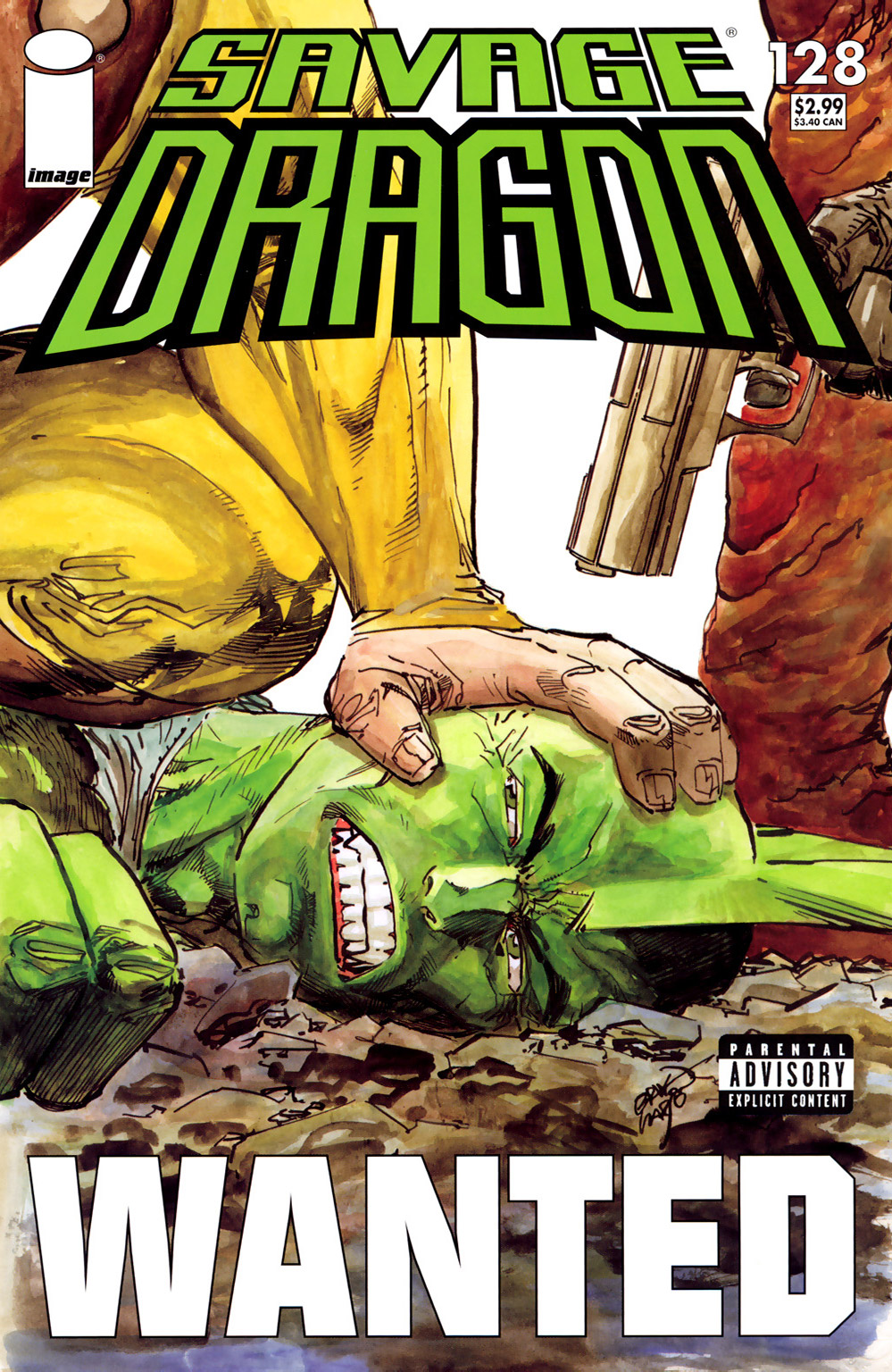 Erik Larsen: Story & Art
Josh Eichorn: advised Mel Gibson on just what to say to a policeman if he was ever pulled over for drunk driving

Millarworld:
The Fraternity
– The Killer II
– Mister Rictus
– Brain-Box
– The Fox
– The Frightener
– Fuckwit
– The Little Boys
– Shithead
– The Sucker

Dragon awakens from the destruction of Vanguard’s spaceship to realize that he is adrift in space and notices that Universo and Mother Mayhem are making their way towards Earth. He grabs a hold of one of Mother Mayhem’s infant attachments in the hope of gaining transport home. As he begins to burn up in re-entry, Vanguard swoops in and grabs Dragon, teleporting down to the planet before any further harm is caused to the hero.

Mister Glum commands the Fraternity to leave but they ignore his words and Angel reasons that they must not come from this reality. Glum laughs at the fact that these rival villains have come for the God Gun and explains that the weapon is useless as he has already fired the third shot. Mister Rictus is amused by this and explains that Glum did not fire Sgt. Marvel’s third wish but rather he fired his first, meaning that all of this time Glum had two more wishes that he could have made.

After being stranded in Dimension-X for some time, She-Dragon finally arrives back on Earth at the site of Dragon’s devastated house. She is accompanied by Angel Murphy whom she assumes hails from this reality. She-Dragon is hungry for revenge against Glum for leaving her trapped in another realm for so long and takes her young companion to the Creator’s hideout to raid it for weapons.

Upon hearing that he can still use the God Gun, Glum unleashes his army of Dreadheads upon the Fraternity before calling in the Vicious Circle and his other slaves to assist. During the course of this fight, one of the Killer’s guns is knocked loose and caught by Dragon. The two expert marksmen fire at one another but they merely shoot one another’s bullets out of the sky. Glum is seen to flee with Angel and prompts a race to catch up with him to commence.

She-Dragon is disheartened by the sight of the Creator’s corpse but begins to search for weapons just as Glum blasts into the building. The two Angel duplicates come face-to-face for the first time as Glum takes possession of the God Gun. He starts to wish for all of his enemies to die but Dragon arrives in time to shoot the weapon before it is activated. With the God Gun destroyed, any wishes that had been made are reversed. This causes the heroine Tiger to suddenly explode into dust as Sgt. Marvel had resurrected her after Solar Man had murdered her.

Glum assumes that his power to control humans is still working and shouts at She-Dragon to cut off her own head as she charges him down with a sword. Glum takes action himself and punches his assailant aside before taking out a handheld device that will teleport him back to Dimension-X. Angel cannot bear to be left behind and now that she remembers all of the evil things she did in his control, she does not think that she can possibly exist on Earth.

With the immediate threat now over, Dragon is able to turn his attention to Universo. He speaks with the Killer who decides that the threat of Universo is too much to deal with, especially when there are other parallel worlds that will be easy to raid. The Fraternity agree to abandon their plans for this Earth and depart through a portal. Dragon is reunited with Angel but at this stage he has no idea that this is a different version of his daughter.

Battleaxe and Dark Dragon arrive on Earth in the exact same spot that She-Dragon had arrived in. They plot their revenge against She-Dragon and Dragon, hoping to eliminate their hated enemies soon. Meanwhile, at the sight where he had been wished out of existence, Solar Man materializes and celebrates his return. He can now continue his mission to eradicate all crime and plans to force all of humanity to do as he says or be killed… 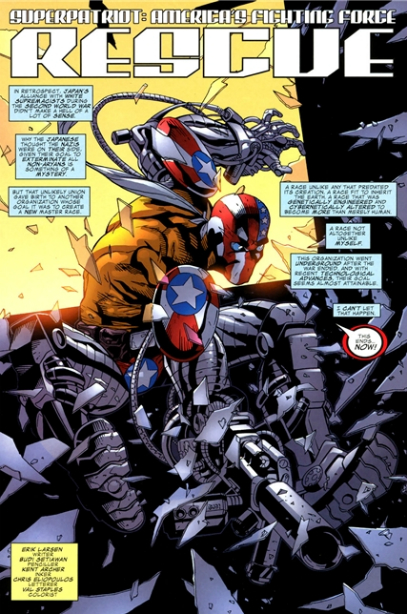 From the ashes of the relationship between Japan and Nazi Germany during World War II came a new cult. Known as the Nazi Ninjas, this organization was dedicated to the ascension of a new race that consists of genetically-altered and cybernetic-enhanced men and women. The Nazi Ninjas have taken a young girl prisoner and seek to transform her into one of their mindless drones.

SuperPatriot investigates the case in the hope that he can eliminate one more remnant of the Nazis, continuing a rivalry that has existed since World War II. He enters into the villains’ headquarters and asks that they surrender and hand over their prisoner so that violence can be avoided. SuperPatriot is more than happy for the Nazi Ninjas to ignore his demands though as it will give him an excuse to exterminate the lot of them.

The Nazi Ninjas launch an attack upon the intruding hero but when their prisoner is led to a pool that will alter her DNA and remove her free will, SuperPatriot changes tactics. He unleashes his heavy artillery and slaughters all of the Nazi Ninjas. He then releases their hostage who claims to have been a volunteer who saw her captors as her friends. She had wanted to become special like SuperPatriot but he assures her that there is nothing special about what he was once turned into.