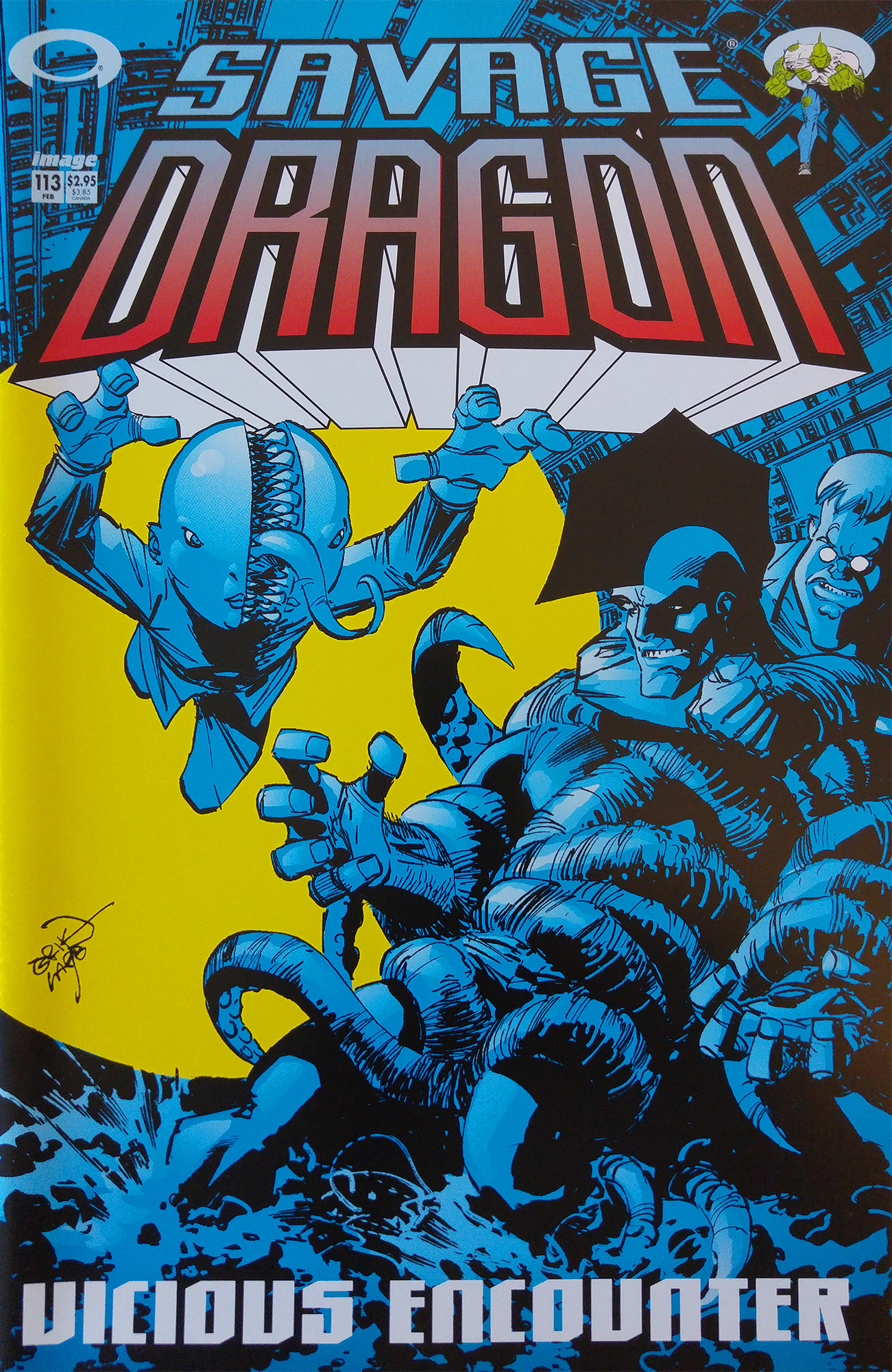 Dart’s funeral service is held and Dragon observes that lot of familiar faces are present including her former teammates; Barbaric, Ricochet and Horridus, along with the Deadly Duo and various friends and family. Dart’s niece then arrives and Dragon attempts to speak with Alison Summers but she is pretty dismissive of him. Kill-Cat attempts to pick up the youngster and receives a punch for his efforts. The media then descends on the ceremony and Dragon asks that they leave. The reporters question him over whether he was responsible for Harry Paratestees getting fired from his show. It seems that after he made disparaging remarks about the hero that sponsors pulled out, resulting in him getting released. Dragon denies any knowledge of this incident before Alison chases the reporters all away.

Octopus speaks with the new leader of the Vicious Circle who charges him and OpenFace with the task of eliminating Dragon. The duo has no idea why they are being thought of as assassins as their status as scientists generally keeps them away from such physical assignments. Octopus and OpenFace are confident that they can figure out a way to kill Dragon but wonder whether or not they really want to murder a man that has saved the world more than once.

After she was forced to kill Deathseed, Jennifer Dragon has avoided any further missions as she does not want to end anyone else’s life. She talks about the matter with her husband and Dragon points out that if she had not killed Deathseed then he would have murdered not only her but Angel as well. He confesses that he could really do with some assistance at the moment and Jennifer agrees to consider returning to action before too long. As the couple settle down for the night, Angel and Mister Glum bounce around on their beds. Glum declares his intent to conquer Earth now that his own planet is dead and when Angel points out that Dragon would never let that happen, Glum vows to kill him.

Rex Dexter works through the night in the basement beneath the house and Dragon goes down to check up on him. He is concerned that Rex may be going through a similar transformation that Sterling Mason did before he turned into Deathseed. Dragon grows increasingly worried by what Rex says, especially when he jokes about only being a few months away from having the ability to end all life on the planet. Rex’s mutations are continuing every day but he reassures Dragon that he has never felt better.

When super-freaks are reported in the Danger Zone, Dragon is accompanied by Battle Tank to confront them. On the flight over, Alex Wilde reveals that she finally tracked down Chris Robinson but he has changed a great deal the past few years. He has put on some weight, lost his hair and is now married with children. Chris had never even met Alex in this reality and he has firmly put his past as Star behind him, disappointing Alex as her year-long search has proved to be a waste of time.

The flying car is suddenly shot out of the sky as the two heroes find themselves attacked by a huge robot. Battle Tank is taken out of the fight via a powerful energy blast and so Dragon tricks their assailant into shooting off its own head, taking advantage of his far superior agility. The robot’s remains crash down through the ground, knocking the heroes through to an abandoned sewer system. Octopus and OpenFace appear in some kind of armored vehicle. They repeatedly refer to Dragon as still being a police officer before attacking their old foe.

Dragon is swiftly restrained by the vehicle where a large cannon is aimed at his head. Dragon rams his fist into the turret as the weapon is fired which results in an explosion. There is no trace of the two villains and Dragon is left without an arm or any of his skin, face down in water. Alex recovers in time to pull Dragon free and is seen kissing him as the rest of the Liberty League arrives on the scene. 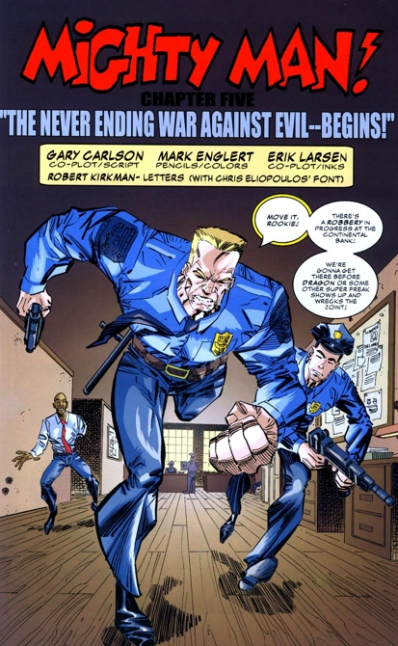 A report comes in to the Chicago Police Department of another bank robbery and Howard Niseman is determined to respond before Dragon or any other super-freak gets there. He and his rookie partner notice something strange flying towards them and it soon becomes clear that it the bank’s vault, dropped down to the street by Mighty Man. The Slammer bursts out of the vault but is promptly punched unconscious by the hero who informs Frank Darling that a new host is controlling Mighty Man. He declares a war on crime and that he will dedicate every single day to his cause.

Phyllis Deeder is disgusted that Billy Berman is such a hypocrite as his declaration was only possible after he shot an innocent man and then stole powers from another. Ann Stevens surprises her best friend as she is content to let Billy remain as Mighty Man. She has no way of reclaiming the abilities and is enjoying her newfound freedom. Ann is also quick to point out that after Billy shot Larry Bradford with a flesh wound, he rushed them to hospital for treatment.

The new Mighty Man employs lethal force to stop a group of teenagers that had only robbed a liquor store. The police officers that had been chasing the youngsters are appalled that Mighty Man would kill relatively harmless criminals but their concerns are dismissed by the hero. Meanwhile, Larry attempts to propose again to Ann as he never received an answer last time. Now that she has no extra responsibilities, Ann does not hesitate to say yes.