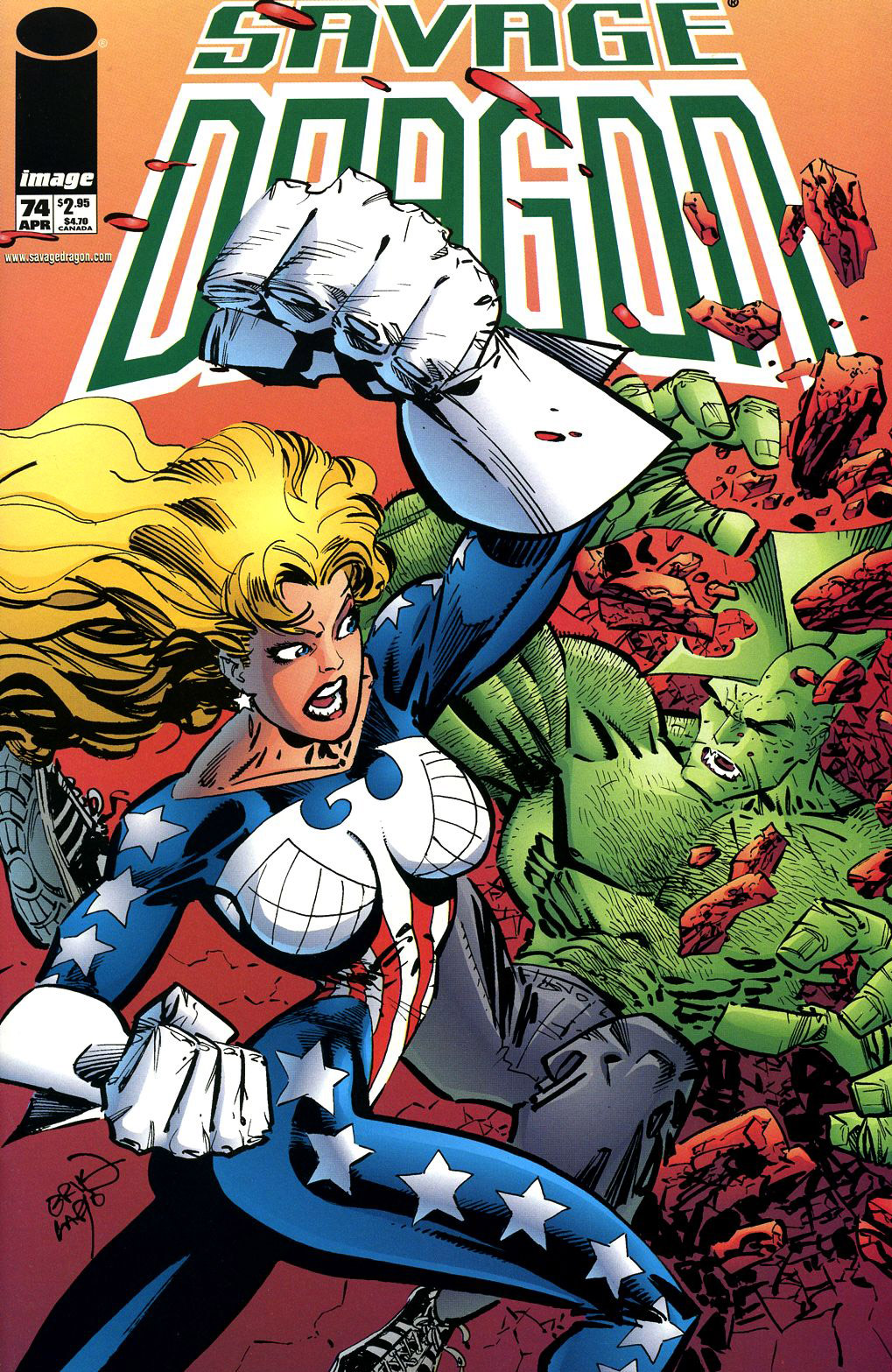 Widow chases her daughter up the side of a building, desperately trying to get her child to stop. The young girl finds the whole affair fun and treats it as a game but as Janey reaches the rooftop she is grabbed by an agent of the Covenant of the Sword. Widow is then kicked off of the building and attempts to shoot a web-line to halt her plummeting. She had been up too high though and Widow is unable to stop in time, her head impacting on the ground.

The Darkworld version of Amy Belcher refuses to offer up any information regarding DarkLord and sits silently in an interrogation room. She-Dragon is not surprised by this behaviour as Amy’s master could kill her in a second should she betray him. The Eternal Youths and she have done their best but they figure that Amy does not even know where DarkLord is currently. She-Dragon guesses that their foe is off stealing more super-powered babies, a theory that had not even occurred to Sgt. Marvel until then.

Smasher does her best to kill her former fiancée but Dragon is able to avoid the majority of her attacks whilst trying to get her to realise that she has been brainwashed. Damien DarkLord has told Smasher prophecies of doom brought on by Dragon but these are all dismissed by the hero. Dragon assumes that his opponent hails from another reality but Smasher reveals that she is in fact his would-be wife.

It is discovered that Dragon’s apartment has been locked up tight and Alex Wilde returns to the Chicago Police Department to discuss the matter with Frank Darling. They believe that something big is going to happen but do not believe that the Vicious Circle are involved this time. With Baby Boom having gone missing along with Widow’s daughter and the twins of William and Rita Jonson, there seems to be a link between these super-powered youths. William states that his wife cannot bring herself to leave the house until their children are returned and he hopes that Dragon fulfils his promise to return them.

Mighty Man uses his superior speed to take out numerous Covenant soldiers before knocking out SuperPatriot with a single punch. He hopes that his brainwashing can be reversed and gathers up his teammate to get him to safety. Mighty Man assumes that Dragon is safe due to the holographic projector and will return to help him once he has gotten SuperPatriot clear. As he flies towards the surface, an energy barrier is activated that renders Mighty Man unconscious.

Smasher explains how she had been replaced by Imposter before her wedding to Dragon and that it was him that OverLord murdered on that day. She has since been in the care of the Covenant and DarkLord who has opened her mind to a new way of thinking. Dragon cannot accept that DarkLord is working on behalf of Earth and points out that he is already responsible for Darkworld’s destruction. He now seems to be cloning pregnant super-powered women or taking them from other realities. Their fight proceeds with Smasher getting punched into the stasis tubes that then crash down, killing all but the most durable of the pregnant women, the Smasher duplicates.

The missing Justice is finally located in Hillman Hospital after several months and he is interviewed by Sgt. Marvel and She-Dragon. Justice remains in a similar near comatose state that he was in the last time he was seen by SuperPatriot, shortly before his father went missing himself. Justice awakens and warns that the Covenant has both his father and Liberty and that Dragon has gone looking for them but he is now in tremendous danger.

Dragon does his best to fend off the army of Smasher duplicates but even though he is suffering a brutal beat down, he cannot force himself to keep fighting. Dragon opts instead to flee so as to not harm the woman he loves. He flees through the Covenant facility and eventually makes his way into what turns out to be a nursery. Dragon comes face-to-face with Damien DarkLord who is in the company of many of the super-powered youngsters in his custody, including Dragon’s own son Malcolm.

The Washington division of the S.O.S. arrive in Chicago after answering a call for assistance from Sgt. Marvel. Rock speaks with his opposite number and it is explained that Justice has passed on all kinds of information about the Covenant. The story told to the S.O.S. is that Dragon and SuperPatriot are being held by the Covenant who is also behind the kidnappings of several powered youths.

Rock notes that should Janey be located then that may be just what is needed to help Widow snap out of her current state, close to death with almost no will to survive. Justice has also provided entrance codes to a Covenant facility in Chicago where their friends are apparently being held. Both rosters of the S.O.S. enter into a building where they discover that Negate and Baby Boom are attached to an explosive device, a mechanism that She-Dragon notes is not only a bomb, but a new Nega-Bomb…