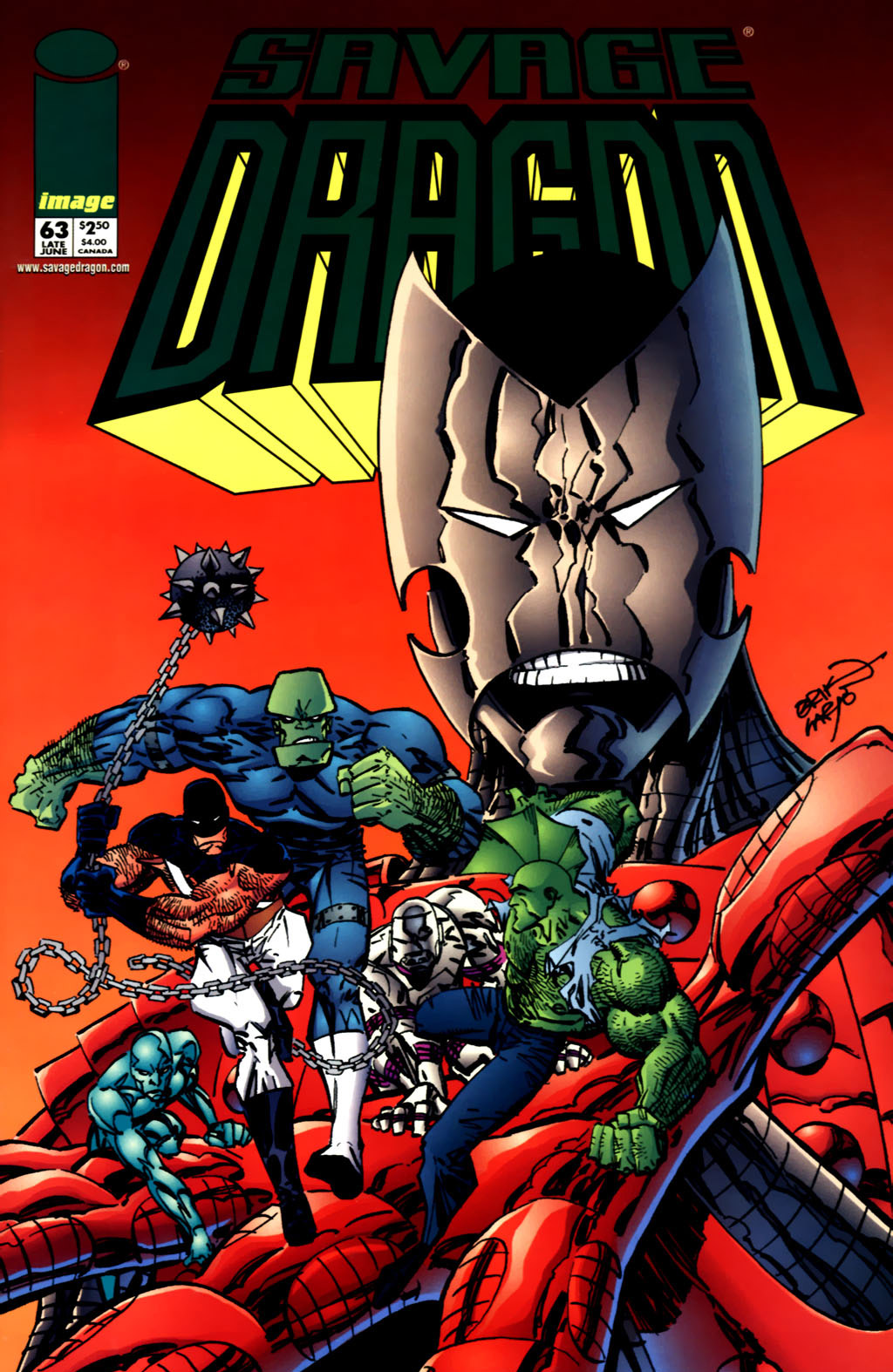 Dragon considers how he has featured in the news a lot lately and even though he has retired from the S.O.S., his enemies do not seem to have gotten the message. He is disturbed in his kitchen when he is attacked by Johnny Nitro whom he does not even recognise. Dragon attempts to convince his assailant to go and bother the S.O.S., Sgt. Marvel specifically, but when his words are ignored he simply falls back on instincts and defeats Johnny Nitro with relative ease.

As he pops open a drink, another assailant is spotted moving in the shadows and Cutthroat leaps out at Dragon. The villain is swiftly defeated too and Dragon considers just how many times he has been attacked in such a short time and that if he was still with the S.O.S. then at least he would be getting paid. He resigns himself to having to put up with this type of unwanted attention for awhile and goes to check up on a sleeping Angel Murphy. When it is obvious that his step-daughter is suffering from a nightmare, Dragon wakes up Angel and gets her ready to visit the zoo.

Dragon and Angel catch a taxi where Dragon’s mind starts to drift off to the past few months of events, detailing how his relationship with Smasher developed until her murder at the hands of OverLord. He vowed then and there that he would avenge this death but OverLord has remained hidden ever since, knowing full well that the moment he reveals his location that Dragon would be after him. Dragon returns from his thoughts and apologises to Angel for drifting off.

The taxi driver points out that a sign on a bus alongside them is acting strangely as a sign lowers down and guns area revealed. These weapons fire a series of metal spikes at the vehicle that kills the driver and badly wounds Angel. She is rushed to Hillman Hospital for treatment where Ann Stevens can at least protect her as Mighty Man if necessary. Dragon speaks with Frank Darling and several other cops as they work the case, figuring that OverLord is the likely suspect for the attack.

Dragon takes to the streets in the hope of uncovering the location of his nemesis and assaults a large number of criminals during the course of his search. It is evident though that although he is foiling some criminal activity, none of those he confronts know anything about OverLord. On one raid, Dragon hears a noise behind him and turns around just in time for Mace to strike him with his ball and chain, rendering him unconscious.

As he passes out, Dragon’s life from the time of his discovery flashes back through his mind right up until the present day. As he catches up with his own experiences, Dragon awakens to find himself strapped into a contraption and surrounded by members of the Vicious Circle. He is to be executed and OverLord has brought minions with him to serve as witnesses to Dragon’s death. OverLord claims that he does not need to prove himself against Dragon in a one-on-one confrontation as he has beaten him before and it would be redundant. Dragon simply suspects that his inability to harm him during their previous encounter has left OverLord scared of him.

OverLord activates his machinery which uses gas, lasers and electricity to hopefully kill Dragon but his captive summons up all of his strength and breaks loose. Dragon proceeds to take out Animal with a punch before confronting Mace. He is disappointed that the vigilante has begun working with those he formerly detested but ultimately just takes him down too. EXROE-5 is the next to fall before Dragon manages to strike Bloop which causes his water form to splash out into numerous puddles.

A final confrontation then takes place between Dragon and OverLord in which the villain is unable to stop his opponent. Dragon shrugs off the energy blasts before reaching his hated foe and punching him until he can pop off his helmet. Vic Nixon is revealed to have been the man within the armor and he has died of a heart attack, the fatal ailment occurring during the beat down. Nixon had been in Pipetown when the armor went missing and he used it to spy on Rita Medermade, later using it to save her life she was being held by Ralph Jonson. Once OverLord began killing people, Seghetti’s mind could chance letting his host removing the armor forever and kept him stored inside. Nixon’s influence prevented OverLord from killing Dragon or William Jonson due to his friendship with them both.

With the threat of OverLord now ended, Dragon returns to check up on the recovery being made by his step-daughter. Angel soon regains consciousness and some time later, she is able to go home with Dragon. The pair finally gets to visit the zoo where Dragon spoils his daughter with junkfood, knowing that his late wife would not approve as they begin life without her.