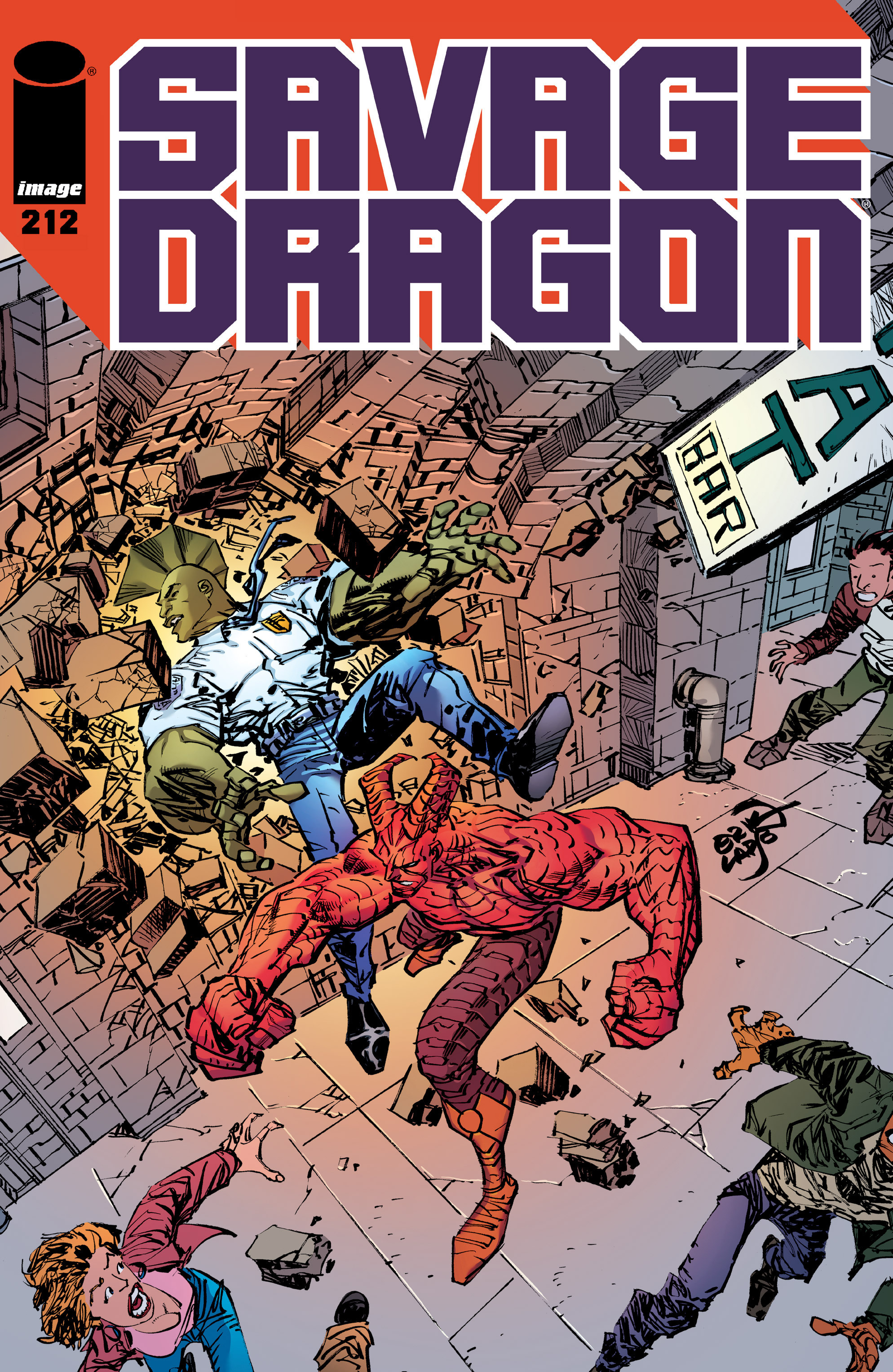 Angel Murphy goes for a walk with Maxine Dragon where they talks with her about the many dramatic changes that have happened in her life. Maxine points out that her marriage to Malcolm was not exactly out of the blue as they had been engaged since high school, although her pregnancy perhaps moved things up the schedule.

A report of strange noises coming from an apartment building leads Malcolm Dragon to be called in, discovering numerous men and women chained up in the basement. He releases the captives and learns that they had been taken one at a time down a hole into the underground and never return. A fearsome entity called Devil Ray leaps out of the hole and attacks Malcolm, vowing to kill the young hero.

Malcolm uses his strength, skill and lightning abilities but is still barely able to hold his own against his opponent. He soon loses his temper and Devil Ray is ultimately left dead, his head having been crushed flat by the strength of Malcolm’s blows. There is little time for Malcolm to catch his breath before he is attacked by another Demonoid, Devil Ray’s heartbroken widow. The female Demonoid vows to kill Malcolm and feed his corpse to her four children, the same fate that their prisoners had been saved from.

Maxine delivers the shocking news to Angel that there is a chance that her aborted fetus may have survived the procedure that should have terminated it. The pair goes to abortion clinic where Angel is assured that her child should have been cremated as is usual for such a procedure. They then go to Lorella’s facility where they ask if Angel’s child is being cared for without their knowledge. Before an answer can be given, Maxine announces that her water has broken and that she is going to have her child right there in the clinic.

Meanwhile, Malcolm eventually defeats the Demonoid widow which leads to her young offspring to attack him en masse. Their mother recovers enough to plead that Malcolm not harm her children. She then declares that by Demonoid law that now that Malcolm has killed her husband and defeated her in combat that she is now his to do with as he pleases. Malcolm takes advantage of this purely to request the Demonoid family surrender to the authoriries. Frank Darling then informs Malcolm that Maxine is about to deliver their baby.

Angel does her best to convince Maxine to allow Lorella to do her job and help her deliver the baby. Maxine is hesitant because she wants to wait for Malcolm to arrive but ultimately Lorella and the attending doctor are able to talk her around. Malcolm reaches the delivery room just at the right time and holds onto Maxine as she gives birth to their child. The sight of the baby leaves Malcolm and the others stunned…

Legendary cab driver Hack O’Hara drives a passenger to his destination of the United Nations building in New York City. He gets the feeling that this mysterious man is up to something and suspects that perhaps he is a spy or assassin. Hack O’Hara questions the man who suddenly transforms into a monstrous form of the monster Thakoomba.

The enraged creature laments Hack’s interference in his mission; something that he claims will result in the deaths of millions. He was going to eliminate a world leader that would prevent a devastating war in the future that would leave many dead. Hack is distressed that his actions may have doomed so many people and tries to make things right.

As Hack and Thakoomba talk to one another, an energy blast leaves Thakoomba dead with a hole through his chest. He has been slain by Rock Braddon of Space Legion, the heroes of the future. Rock had come back to the present day Earth to stop Thakoomba, revealing that his mission was to save the lives of millions of other monsters that died trying to invade Earth. Hack has in fact helped ensure Earth’s survival but this does not help him too much as his cab was destroyed in Thakoomba’s rampage and must now pick up the pieces.

Our Pal Thunder-Head by Simon Mallette St-Pierre (Thunder-Head)
Heck If I Know Comics by Charlie Higson
Gosh is Dead by T.B. Kunker