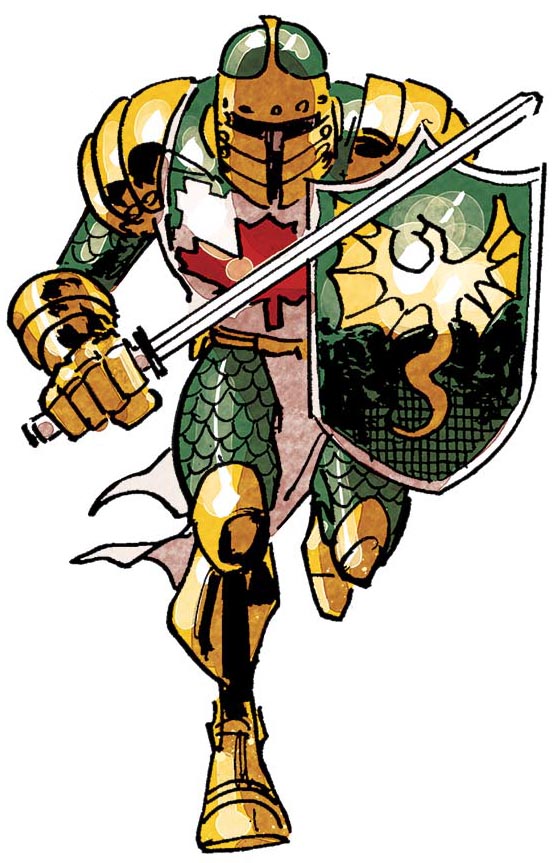 Mackenzie “Mac” Gómez was a police detective when she discovered the Knight armour among the effects of her older brother, a slain crime lord. In an effort to make amends for his wrongdoing, Gómez assumed the mantle of the Knight to confront and ultimately take down the gang. Finding she was better able to pursue justice in her Knight persona, Gómez turned in her badge and fought crime on her own, eventually joining the Canadian super-team North Force.