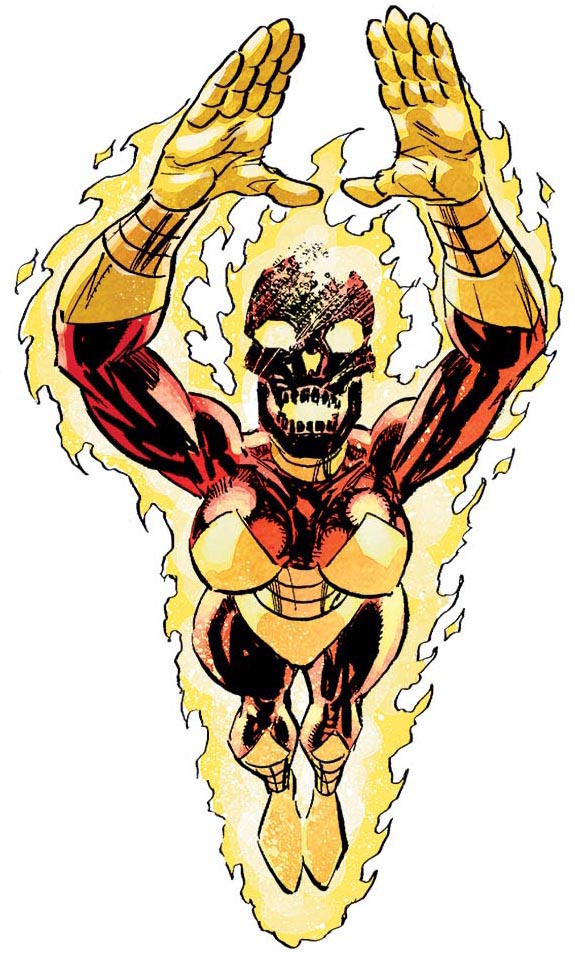 Danielle Davis had severe allergies growing up which forced her family to isolate themselves in a remote home, far from civilization. As a small child, Danielle played in the woods near their mountain home and she met and befriended a fire being who had been mortally wounded and left for dead. For weeks Danielle tried to nurse the dying being back to health, to no avail. When at last its time had come, it repaid Danielle for her kindness by transferring its powers to her. Not only was Danielle’s condition cured, but she could transform into a flaming fire being herself. Danielle used her newfound abilities to help others in need.