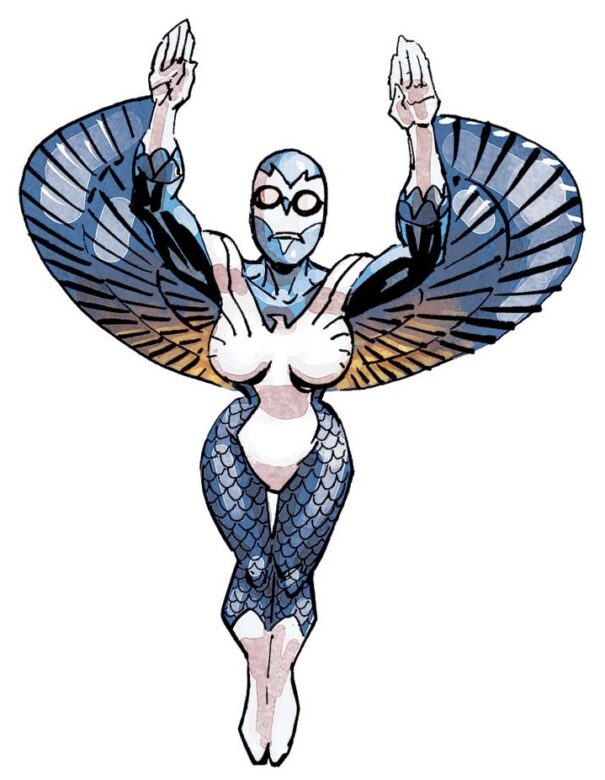 Connie Chen was a teen prodigy and activist, often bullied by more athletic students, which only strengthened her resolve. She built her Blue Jay armour to fight for justice and help right the many wrongs in the world.