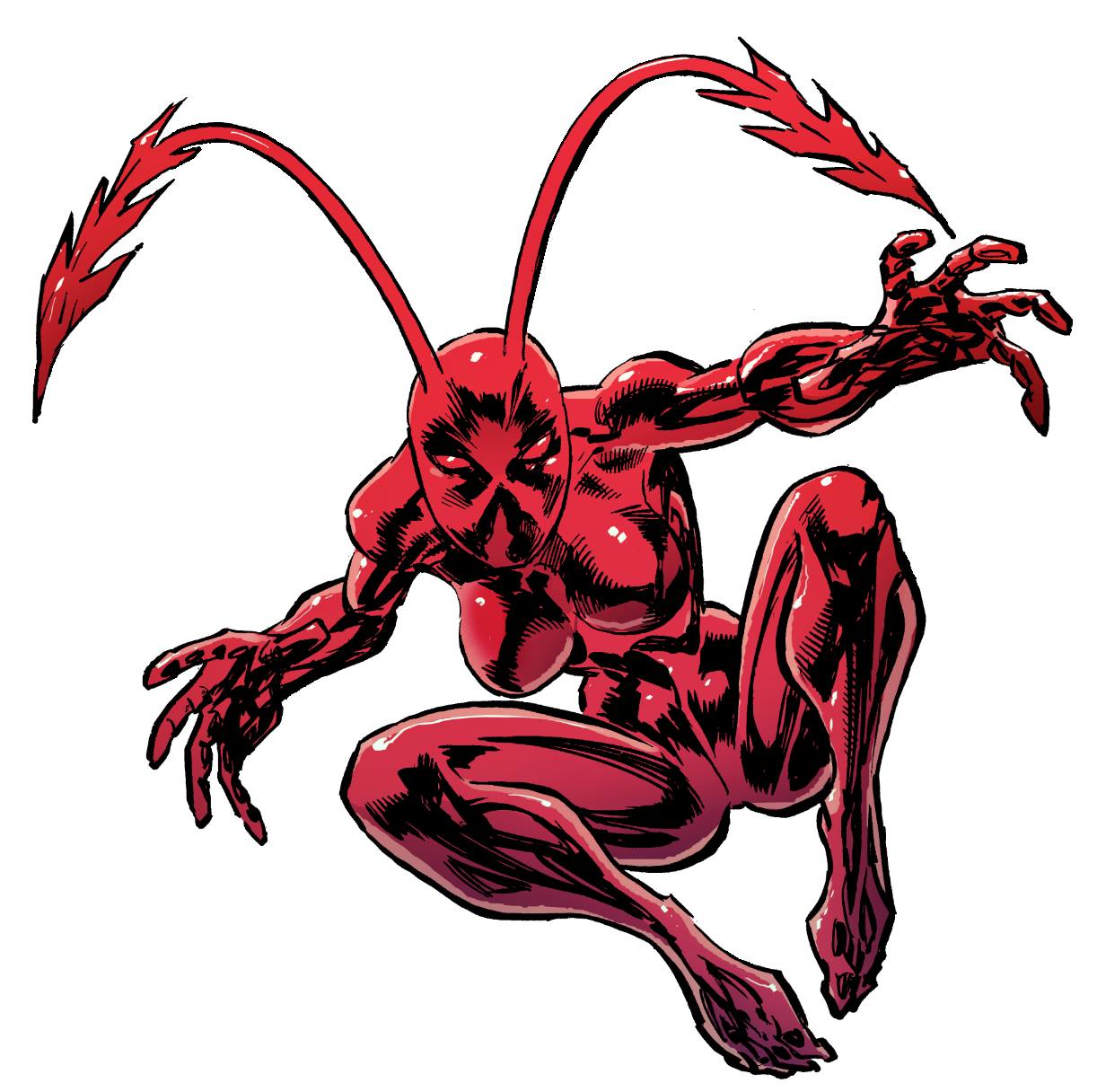 NOTE: Ant is owned by Erik Larsen, but was originally created by Mario Gully.

Tormented as a child, Hannah Washington dreamed of being a superhero and often drew her alter ego, Ant, in her diary. When her scientist father was tasked with finding a solution to help man survive a nuclear holocaust, he drew inspiration from his daughter’s drawings and helped develop an organic, nearly-impenetrable shell which could reside within its host’s body and be released to cover them entirely from head to toe. When her father discovered that evil forces wanted to use his creation to survive a disaster of their design, he decided to flee, taking his solution (in serum form) and his young daughter with him. Before he could leave, their home was set on fire. Hannah’s father intended to inject himself in order to save them but when an intruder broke into their home and shot him, he fell on Hannah, and injected her with the serum.

Ant has had various adventures and has been in and out of the government’s custody. She has been drugged, mind-controlled, and used as a weapon against adversaries foreign and domestic. Much of her past is shrouded in mystery and she has trouble discerning her fantasies from reality. She has suffered amnesia in the past. Because of her situation, she is highly paranoid and suspicious of authorities.

Hannah is concerned about a group determined to cause the Biblical Rapture and has sought to ally herself with Spawn and Malcolm Dragon. She later helps Malcolm fight off a possessed Ragnok.