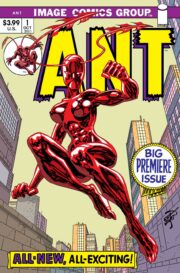 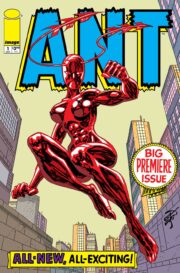 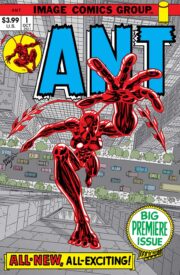 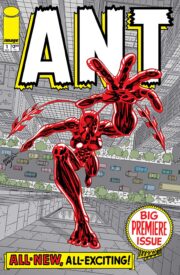 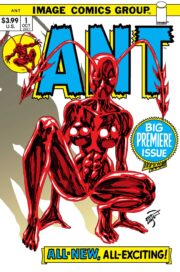 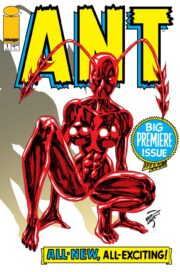 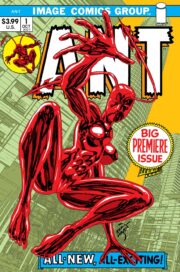 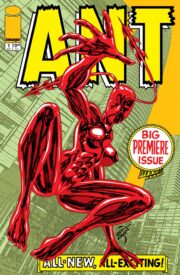 The story opens with a vision of Ant facing a group of villains. A young Hannah Washington is drawing in her journal, foretelling the future events of herself as an adult superhero. Hannah tells her father about Ant and how she’s protected with a hard shell. Daniel, who is, unbeknownst to his daughter, a scientist has an epiphany and draws inspiration from his child.

Daniel has taken on a project to come up with a way to survive a nuclear holocaust if one should occur. Apollo Steele oversees the project and helps them receive government funding. Daniel is told it’s to ensure the survival of the human race but his lab assistant Karl believes otherwise. He’s convinced it’s not just to survive a nuclear Holocaust, but these shadowy figures intend to cause and survive the Biblical Rapture! Daniel dismisses Karl’s statement as paranoia.

Meanwhile, Hannah is hit by a car when her tormentor schoolmate, Carrie Wolf, throws Hannah’s beloved doll into the streets.

Hannah discovers Karl Askworth’s dead body in an alley. She’s again attacked by Carrie Wolf, who slams her face into the mud.

When Daniel next arrives at his lab it’s being dismantled. Apollo Steele accuses Daniel of wasting time and resources. He removes equipment from the lab and Danial slips a serum he has devised into his pocket. Apollo Steele yells at Daniel as he drives off.

Arriving home to a daughter she has been badly beaten, Daniel tells Hannah that they have to run. Then a Molotov Cocktail is thrown through their window and their home is set ablaze. Daniel decides removes a syringe from his lab coat and prepares to inject himself with the serum that he took from his lab. But as an assassin shoots through their door and bursts into their apartment, Daniel collapses onto his daughter, injecting her. When the assassin points a gun at Daniel’s head, Hannah lashes out. Antenna sprout from her forehead and slice the assassin to ribbons, killing his instantly. Hannah’s crashes through the blazing wall and delivers the dying remains of her father to a fireman on the scene.

Hannah runs off and appears to change into Ant and climb the wall of a building.

The following morning, Hannah wakes in an alley, fully dressed and is approached by a man who says he works for the government and claims to be a friend of her father–Apollo Steele.