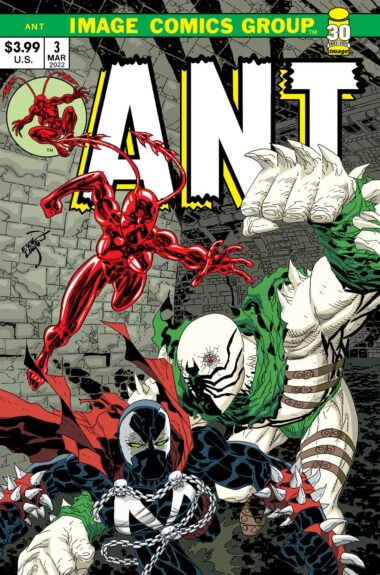 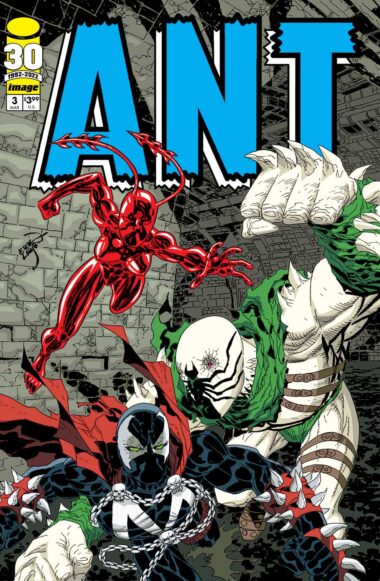 Hannah Washington arrives in New York but she’s disoriented. She walks around Manhattan. It’s familiar but she’s clearly missing memories. She can’t even recall how she got there beyond a vague memory of a truck driver having given her a lift. She has clothes, a wallet and a tablet computer. She sees images of Ant on posters and signs. Ant seems familiar as well. She notices a sign that Stephen Richards will be appearing at a Comic Book Convention and she recognizes him. It’s the only lead she has, so Hannah heads to the Convention.

Hannah drops in on Richards’ talk and she tells the crowd about having worked with Ant as Gadget Man. He’s there promoting his book, a memoir where he was her tech support and sidekick. Suddenly he’s attacked. Jessica Mime kicks Richards in the head, dropping him. When Hannah instinctively springs onto the stage to save Gadget Man, Jessica is joined by her gang, the Sidewalk Theatre and there’s a brief scuffle, during which Hannah has an elaborate fantasy in which she is Ant and she’s fighting against and alongside Spawn and the Dragon. Hannah easily defeats Jessica Mime and the Sidewalk Theatre, and as she holds Jessica by her neck, Richards grabs Hannah’s arm and breaks her out of her fantasy.

Hannah is told it was all a publicity stunt to make the presentation more exciting. After being held briefly by security, Hannah is allowed to walk free but she isn’t able to talk with Richards, which was her only goal.

Hannah takes up residence in a dive apartment and is contacted on her computer from a stranger, feeding her information. A message from the stranger leads Hannah to the sewer and a confrontation with King Spider, a madman who intends to poison the city. She transforms into Ant as sh confronts the violent criminal. Their melee leads to the surface and shortly she is joined by Spawn. The two confront King Spider and when Ant is knocked aside Spawn attempts to battle him one-on-one, but he isn’t powerful enough. King Spider closes in for the kill but Ant shoves a pipe through King Spider’s chest, killing him.

Ant tells Spawn about another superhuman who is using his powers to turn others into superpowered villains. She wants to team-up and stop him but Spawn is hesitant to join her in his weakened state. She says she’ll recruit more help and meet him back there the following night. Ant leaves Spawn behind, intent on recruiting others to aid them in their quest.