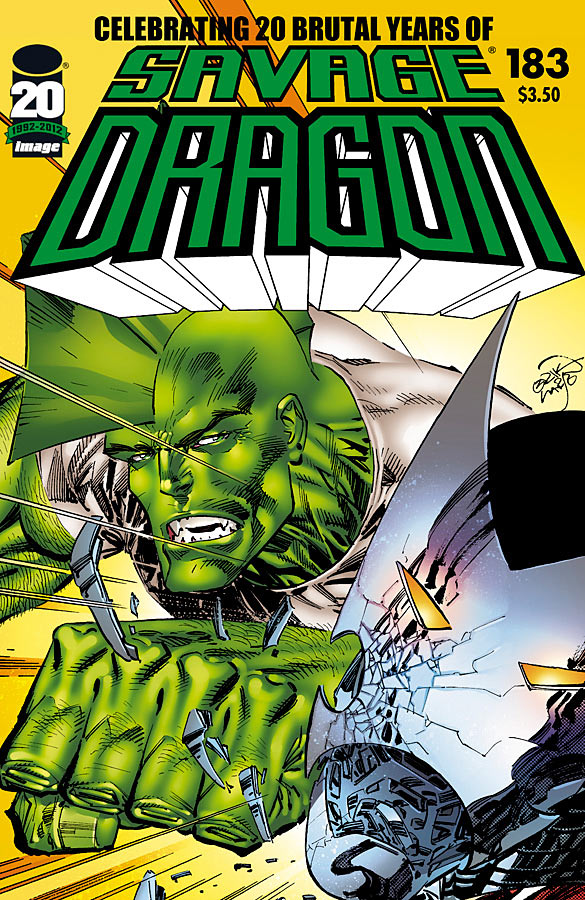 Battle Girl leaps into action to avenge the apparent murder of her brother, repeatedly striking out at OverLord. She is furious that he would have killed the youngster when there had been alternative actions he could have taken. OverLord attempts to defend his actions by claiming that Malcolm Dragon had attacked him first and left him with no other choice. Angel shrugs off these claims as OverLord could just have easily merely flown away or tried to reason with Malcolm.

The peaceful claims made by OverLord are all false as Angel points out that he is quick to employ lethal force against those that make the mistake of disagreeing with him. OverLord decides to depart but is struck by a piece of debris thrown by the enraged Battle Girl. He manages to steady himself once more before flying away; pointing out that he does not always kill. Angel is then left to check upon her fallen brother. Captain Stewart pleads with Malcolm to hold on as the emergency services are on their way.

At the cemetery where his father is buried, Thunder-Head laments the failure of his attempts to resurrect SkullFace. He cannot bring back his parent or any of the other fallen Vicious Circle members and now WarGod is dead and there is no way to achieve his plans. A gravesite behind Thunder-Head suddenly bursts open as a previously deceased figure emerges and announces that they live once more…

A spaceship previously belonging to the Tyrrus Combine arrives on Earth but is soon shot down by the Air Force before another invasion could begin.

Angel Dragon checks up on her brother who is now slowly recovering in Hillman Hospital and the siblings enjoy a tearful reunion. Angel later attends her graduation where the media continue to hound her over allegations that she is sleeping with Malcolm. Daredevil is picking up the slack created by the Dragons being out of commission and is being aided by the Little Wise Guys in trying to hunt down the elusive OverLord.

With his recovery now complete, Malcolm is visited in hospital by numerous friends and family as they gather together to celebrate Angel’s eighteenth birthday. Mildred Darling makes an oblique reference to another surprise being on the way. The festivities are interrupted when Scarecrow bursts in to announce that Daredevil located OverLord and has engaged him. Angel leaves to prevent the almost certain death of Daredevil at the hands of his vastly superior opponent. Malcolm then ignores the pleas of his guests as he jumps out of his hospital bed and gives chase.

As OverLord is about to deliver a fatal blast to Daredevil, Battle Girl intervenes and punches the villain. He moves to finally finish off the heroine but Malcolm Dragon joins the fray, only to be cast aside. OverLord prepares to eliminate all of his opponents but is struck from behind by the returning Dragon. The hero had been the person shot down in the alien vessel which delayed his arrival to the birthday party.

Dragon proceeds to ruthlessly take apart the OverLord armor, avoiding any blasts whilst systematically demolishing the battle-suit. Before too long, OverLord has been utterly defeated and Dragon is convinced he has destroyed the armor for good. With his mask removed, OverLord is revealed to be Flash Mercury. His mask is recovered from a gauntlet by Malcolm who makes the identification. Without his mask, Flash is left in a paralysed state and is no longer a threat to anyone.

With the danger now over, Dragon is able to be properly reunited with his estranged children. He hopes to get his belongings back out of storage and then find a place for them all to live together again. Malcolm talks about how Angel had discussed going traveling with Frank over the next year despite the fact that Mildred still remains oblivious over their relationship. The police arrive on the scene to take OverLord into custody. Captain Stewart then approaches Dragon and informs him that he has some bad news before placing him under arrest… 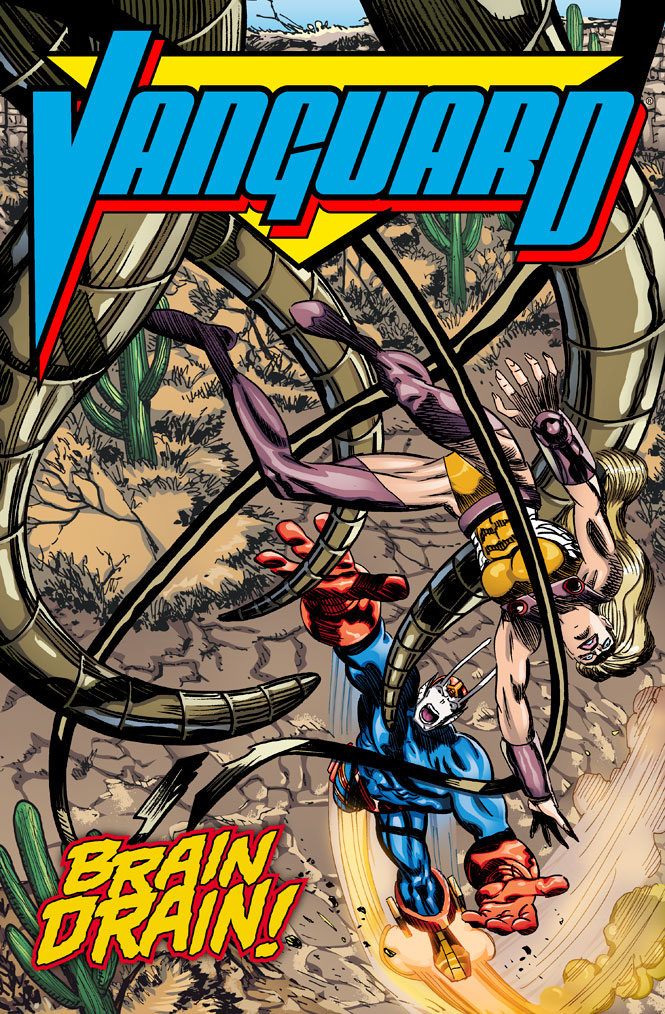 Journey to the Center of a Mind!
7 Pages

The Mekka-Drones (Death Issue) (Flashback Only)

The Keeper delves into the mind of the catatonic Modem and replays her last memories. Wally had been working alongside the Mekka-Drones and was seemingly turning against his “master” and the rest of the Kalyptans. Modem suddenly appeared amongst the androids before making contact with Wally just as he detonated Vanguard’s vessel, destroying the Mekka-Drones. The memory of the blast now severs the link to the Keeper.

Vanguard attempts to teleport Modem back to his ship but nothing happens. Instead, Modem regains consciousness but announces that she is actually Wally. A skull ship then descends upon Powerhouse and the group make their way outside. It is the vessel that Vanguard and his crew had taken from the Tyrraneans but it is acting of its own volition. Its tentacles sink into the ground as Wally moves to intercepts. As he interacts with the alien ship, a jolt sends him plummeting down to the ground where Modem announces that she is back in control of her body.

Wally has been reborn in a new body, one that has been influenced by his own interactions with the skull ship. Galian announces that the spaceship’s tentacles are now planting Tyrranean eggs into the ground to spawn a new hive here on Earth. He moves to incinerate the nest but Amok reacts quicker and begins to consume the delicious eggs.