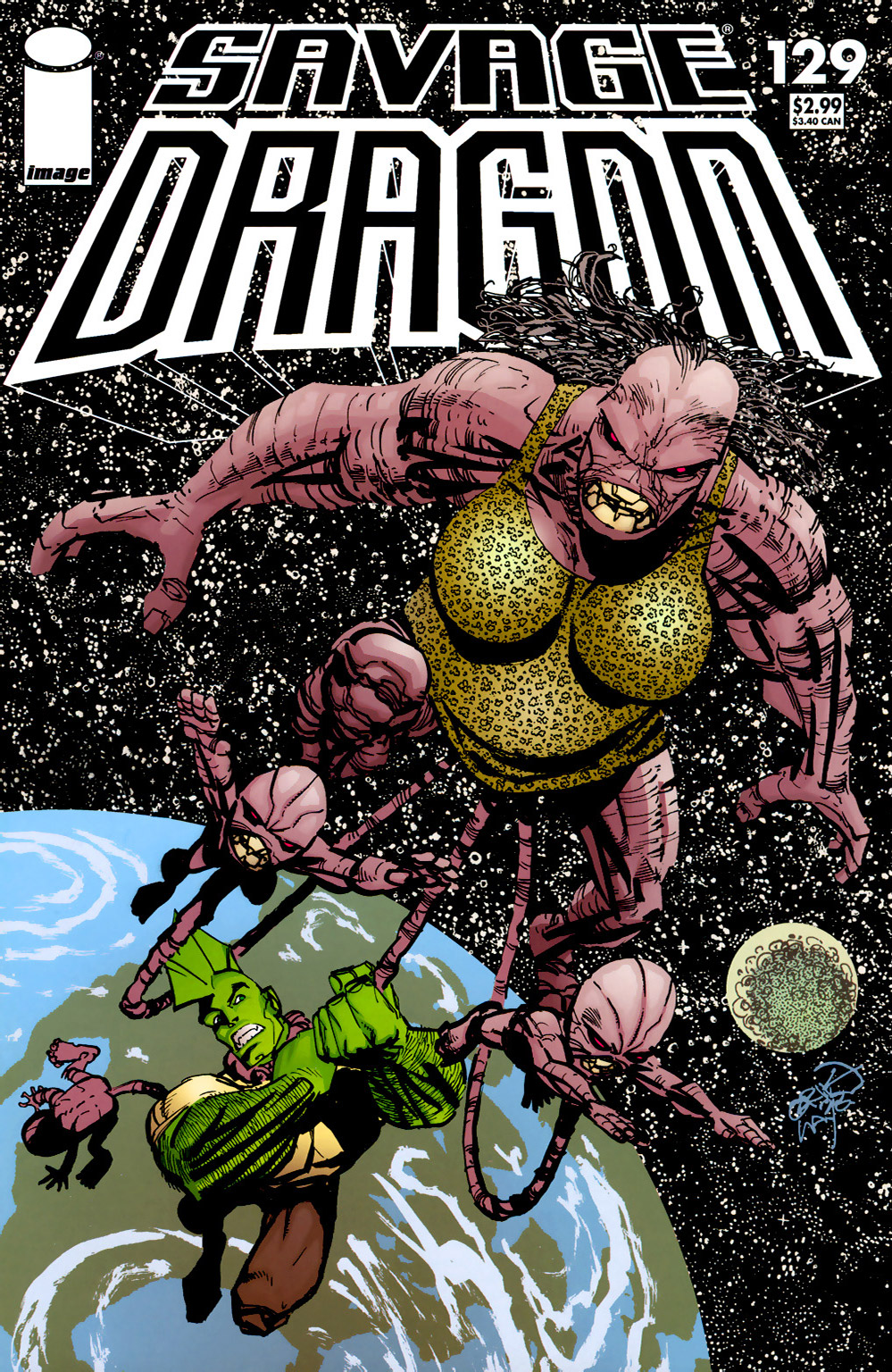 Once news spreads that Mister Glum has been removed from power, WHAM TV moves to rush a presenter onto the air so that he can report on this revelation. Sam Haze reveals to the watching world that the threat of Glum has passed. Ann Stevens watches on and now that she knows that it is safe to do so, she transforms into Mighty Man and takes to the air. Dragon is approached by reporters and confirms that Glum has fled back to his home world in Dimension-X. He then excuses himself because Universo is on the loose once more and the entire Earth is endangered.

SuperPatriot delivers a briefing to a small gathering of heroes regarding the current threat. Universo is already larger than he had been when he was defeated the first time and has made contact with the Earth and is draining its energies. They cannot use any form of energy attack and will have to make do with using bullets and brute force to force Universo to react against them, hopefully burning off the stolen energy and weakening himself.

The recently resurrected Solar Man is disoriented by his long time in non-existence but slowly starts to regain his bearings. He can finally succeed in his mission to bring peace and prosperity to the world by exterminating all criminals. Solar Man takes to the air but his super-hearing picks up the confusion caused by all of Glum’s slaves as they regain their freewill. Solar Man accepts that in order to save the world he may have to rebuild it first and sets about repairing the damage caused by Glum.

The assault upon Universo commences and Mother Mayhem moves to protect her master but Dragon intercepts her. He is pulled up into the sky by the cosmic herald, Mother Mayhem declaring that she will bring Dragon into space where the lack of atmosphere should kill him. Mighty Man arrives and joins the fray, his powerful blows drawing Universo’s attention. The Devourer of Worlds fires his optic beams to try and kill the hero, burning off some of his precious energy.

She-Dragon watches the fight against Universo but cannot bring herself to get directly involved, noting that this foe is far beyond her abilities. Angel tries to convince her companion to join the fight but a mutant worm disturbed by Universo’s actions rises up from the ground and attacks. She-Dragon defends Angel against this creature and uses her sword to eventually kill it.

The heroes manage to get Universo to break contact with the Earth which enables Mighty Man to lift him up into air. He is then grabbed by the cosmic entity who proceeds to drain the life-force of the World’s Mightiest Man. SuperPatriot opens fire on Universo’s hand to try and get him to let go but it also means that Mighty Man cannot transform back into his human form without being killed. Dragon redirects Mother Mayhem so that she collides with her master’s head, dropping his prisoner. Ann falls down towards the ground but Dragon catches her. Universo strikes them both down with his fist before his optic beams are fired to take down the remaining the heroes.

The network executives at WHAM TV hear about Solar Man’s apparent resurrection after learning that he has been pushing mountains back into place and redirecting rivers. They are then informed by one of their reporters that a female source has come forward with news regarding Glum’s origins. A Christmas card from Dragon and his family is produced with Glum featured amongst them. Sam Haze reports this revelation regarding Dragon and Glum before noting that the United States Air Force are preparing to launch a nuclear strike against Universo… 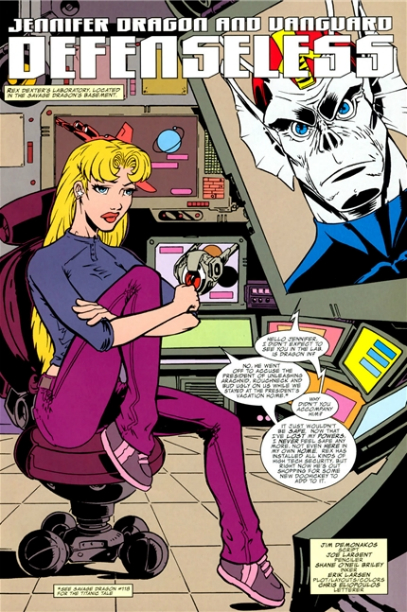 Jennifer Dragon sits alone in the basement laboratory beneath her home as Vanguard makes a video call to contact her husband. It is explained that Dragon has departed to confront President Bush over a recent assault upon his family in a presidential vacation home. Jennifer has remained behind partly because she does not feel safe outside anymore, although she confesses to not even feeling comfortable in the confines of her own home.

A noise is heard elsewhere and Jennifer asks Vanguard to teleport down to investigate but he notes that he is not supposed to leave his spaceship. She goes off alone to find the source of the noise and dons the power gloves to give her some protection. BrainiApe has come searching for Dragon in a new robotic ape body and decides to settle on targeting Jennifer instead.

Jennifer does her best to avoid the villain’s energy attacks and uses the power gloves to land several blows but BrainiApe’s new form proves to be too powerful for her. BrainiApe is about to deliver a lethal blow when Vanguard teleports in and shoots him. Hitler’s Brain flees once his body has been destroyed, vowing to claim revenge another day. Jennifer thanks Vanguard for his help but believes that she really needs to regain some superhuman abilities…