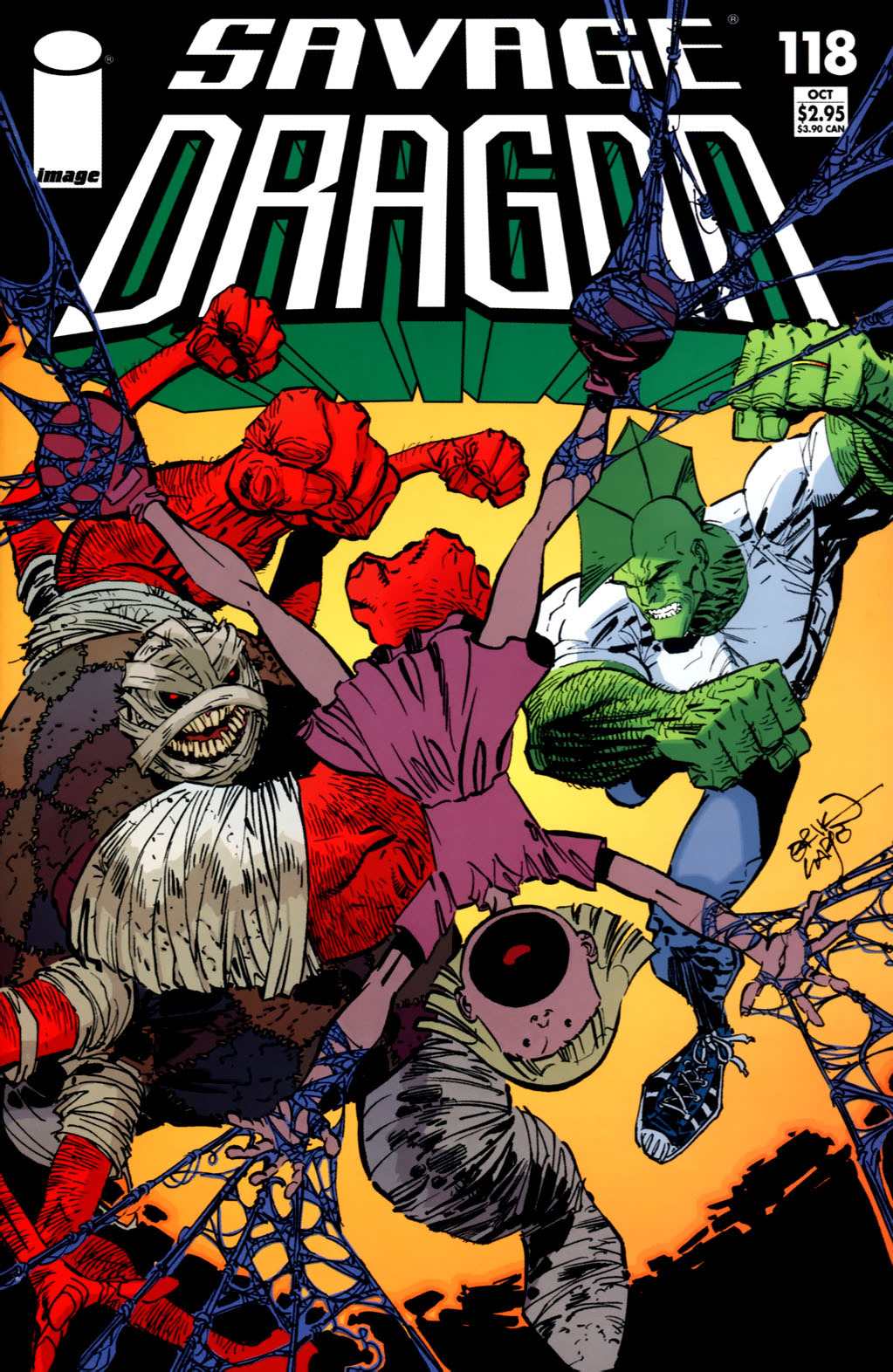 She-Dragon recovers her belongings that Mister Glum had thrown into Dimension-X after her and dons her costume. She begins to worry about being stranded in this strange realm and wonders how she will ever return to Earth. She-Dragon notices Glum World and figures that it must be where Glum hails from and begins the slow journey towards the planet.

As he heads outside to collect his morning newspaper, Dragon is confronted by an army of reporters who are desperate to ask him questions regarding his campaign to become president. He denies even knowing who Ronald Winston Urass is and cannot fathom why he would be wasting a large amount of money to finance a campaign for the pair of them to be elected into the White House. Dragon heads back inside where Jennifer Dragon is upset by the whole affair, feeling like a prisoner in her own home.

Urass appears on a television show where he explains the reasons behind Dragon and him putting their names forward for the election. He claims that the American people have grown tired of having only two candidates to choose from whose policies are similar to one another’s. Urass declares that the people want Dragon as their next president and he promises to do everything in his power to attain that goal.

A telephone call is received by Dragon from President Bush who wishes to thank him for all of the work he has done recently and has given him the use of a vacation home as a reward. Jennifer is suspicious that such an offer has come through so soon after Dragon was announced as a potential rival to Bush. Dragon ignores any negative thoughts and sees this reward as an opportunity for his family to get away from the reporters for a while at least.

Rex Dexter is uninterested in Dragon leaving for a while as he is too wrapped up in his research. Alex Wilde and Horridus are house-sitting, something that Jennifer is none too happy about. Alex reveals that she said something to Jennifer that she probably should not have. Dragon advises her to be wary around Jennifer as she seems threatened by her now that her powers are gone.

The family take their flying car over to the presidential vacation home where Jennifer takes back all of her reservations as it seems perfect. Angel and Mister Glum explore the house but in the basement they come across a horrible surprise. Arachnid has set up a nest there and the sight of fresh meat excites him, firing webs to claim Angel as his prey. She screams out for help and Dragon goes running, leaving Jennifer terrified upstairs.

Dragon engages his old foe in battle and discovers that Arachnid’s webbing seems to have gotten stronger, although it is actually another sign that his powers are fading. Bud Ugly and Roughneck burst into the house and chase Jennifer down to the basement. The sight of Jennifer is enough to trigger memories in Arachnid, recognizing Jennifer and Angel from a previous attack on them. He fears pain from Jennifer and flees, ignoring the Vicious Circle’s calls that she is now powerless.

With their powerful ally departed, Bud Ugly and Roughneck are warned to leave by Dragon but instead they attack. Dragon has soon defeated them both, repeatedly smashing their heads into the ground. With the danger now over, Dragon checks that his family are all safe and well. He announces that he will take his family back to their home before he goes to Washington to confront President Bush over leading them all into a death-trap…

NOTE: A black-and-white 8-page preview of this issue was featured in COMIC BOOK DIGEST #1. 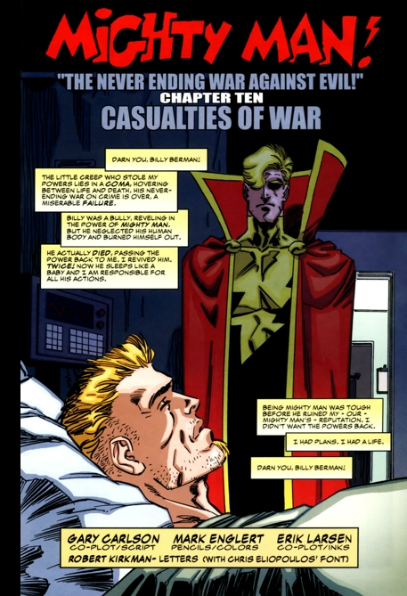 Mighty Man stands over the comatose Billy Berman after having successfully managed to revive the mass-murdering former hero. Dragon is surprised that he saved Billy’s life as it was perhaps more than he deserved. Ann Stevens cannot understand why the powers had to return to her as there were many other heroes present at the time that she feels were more worthy. She then realizes that everyone there is now aware of her secret identity and worries that this could leak out to her enemies.

Ann returns home where she informs Larry Bradford that she is still angry with him for not helping with saving Billy’s life. Has he been closer, it is possible that he would have become the new Mighty Man and she would have remained free of the responsibility. Ann is suddenly gripped by an outside force that compels her to leap out of a window, transform into Mighty Man and fly towards a giant cave that floats outside of time and space, serving as the sanctum of Fon~Ti.

The ancient sorcerer announces that he created Mighty Man centuries ago and asks Ann if she would rather relinquish the abilities. Ann asks what would happen to the powers in this case and Fon~Ti states that Billy will have Mighty Man return to him. If he never awakens from his coma, the entity will merely pass on at the time of his eventual death. Ann cannot risk Billy awakening as Mighty Man again and agrees to keep her dual identity. Fon~Ti is positive that she is worthy of being Mighty Man and sends Ann on her way, finally accepting her true nature as a superhero.