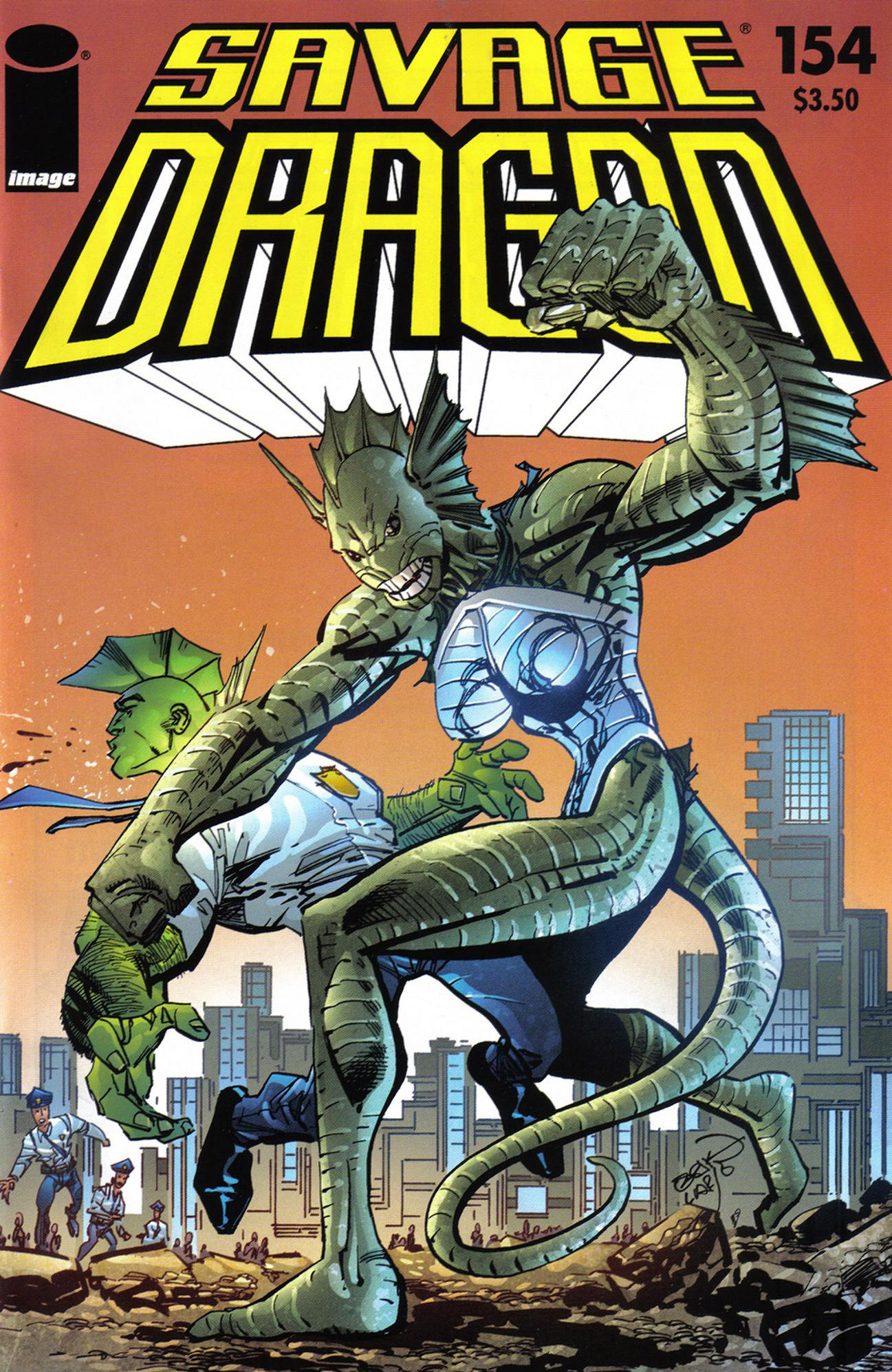 Dragon has been attempting to get his memories back by reading his autobiography as well as the comics published about his life. This has sadly been of little help and Dragon notes that it is like reading about someone else’s life. Malcolm and Angel take their father to the Chicago Police Department where Captain Stewart is shocked to see him. Dragon’s amnesiac state is explained to him and he finds it difficult to welcome him back onto the force. The super-cop assures his superior that he has been studying police manuals so that he is up to speed on procedure and is ready for action.

The Little Wise Guys have been captured by Dart and are chained up above a boiling hot vat of liquid. They beg for their lives whilst holding onto the hope that Daredevil will cone for them. Dart is suddenly struck from behind as her lover arrives to rescue his young friends. Daredevil then watches as the chain holding up the youngsters is broken by an exploding dart. He intercepts them before they plummet to their deaths before turning his attention to Dart.

In a Vicious Circle laboratory, OverLord receives a briefing from Octopus and OpenFace regarding their latest project. They have injected a sample of Dragon’s blood into a volunteer and are awaiting the results. Anarchy transforms, taking on the green skin and fin of the blood donor and revels in the rejuvenation properties of the blood. This newfound power is short-lived though as Anarchy begins to suffer from ill-effects before violently exploding.

Dart holds nothing back in her fight against Daredevil, laughing off suggestions that she had secretly murdered Jock. Daredevil struggles to fight the woman he loves which enables Dart to take the advantage and slam him into a wall. Curly intervenes and repeatedly bludgeons Dart over the head with a length of wood until she is a bloody and unconscious mess. Daredevil stops this assault before Dart is killed, assuring the Little Wise Guys that the danger has passed.

The recently escaped She-Dragon rampages through a plant belonging to Bellco Chemicals and a call soon comes through to the Chicago Police Department. Captain Stewart is not convinced that allowing Dragon to respond is a good idea but the hero departs regardless. He then starts to wonder if even taking his current position was a good idea in the first place.

A depressed PowerHouse drinks in the Freak Outpost where Fever attempts to comfort him. He explains that ever since the new OverLord came to power that his role within the Vicious Circle has been diminished. He feels as though he gets no respect from his colleagues, a theory proven accurate when some Vicious Circle thugs arrive to take him away. They bring PowerHouse to the office of OverLord where they are left alone to discuss matters.

Dragon arrives at Bellco Chemicals where he comments to himself that he must follow proper procedure if he is to be assimilated into human society. He restrains himself against She-Dragon but when she proves to be far more formidable than expected, Dragon stops holding back. Some security guards open fire with darts filled with the Freak Out serum that weakens She-Dragon. This allows Dragon to bring down his opponent, noting that she is now going through a transformation.

The Freak Out serum restores She-Dragon back to her human persona of Amy Belcher, finally ending her torment as a mutant. She explains all about Bellco Chemicals’ scheme to exploit mutants that they themselves created, selling their cure at an expensive price. Amy thanks Dragon for his help but he replies that he barely did anything to assist her. Dragon is then interviewed by the media to announce his remarkable resurrection. This broadcast is witnessed by Ronald Winston Urass who has been joined by a fully regenerated Dark Dragon. This “evil twin” notes that Dragon is truly an imposter and the two villains plot his upcoming demise…

Ethrian awakens in the exact same location that he had crash-landed to Earth when he had inexplicably died whilst battling the United States Army. He notices in the distance that Powerhouse still stands and makes his way over to the alien tower. Ethrian encounters spirits of the dead who have become warnings to trespassers in the fog. They welcome back their master as Ethrian passes through the tower wall, alerting its occupants to his arrival.

This arrival is detected by Valerie Brisbane but she also notices the presence of another, soon recognizing it to be her boyfriend. She races to the outer wall where she finds James Peterson crying next to her original body, still bonded to the wall. Valerie comforts James and the two are finally reunited. Chuk soon joins them and notices that Ethrian is nowhere to be found…

Back at Hackett Military Base, Galian is horrified by the sight of so many clones of him being kept in suspended animation. General Pike notes that he had never considered that it was the lens that was capable of transforming his clones into the Ethrian form. Galian claims to have killed no one except in self-defence, a fact that Charlie Hendrix disputes due to his own father’s apparent death. Another alien is unveiled but Dr. Roswell works for the military and moves towards Galian. He extends his finger into Galian’s head, gripping his fellow extraterrestrial with pain…