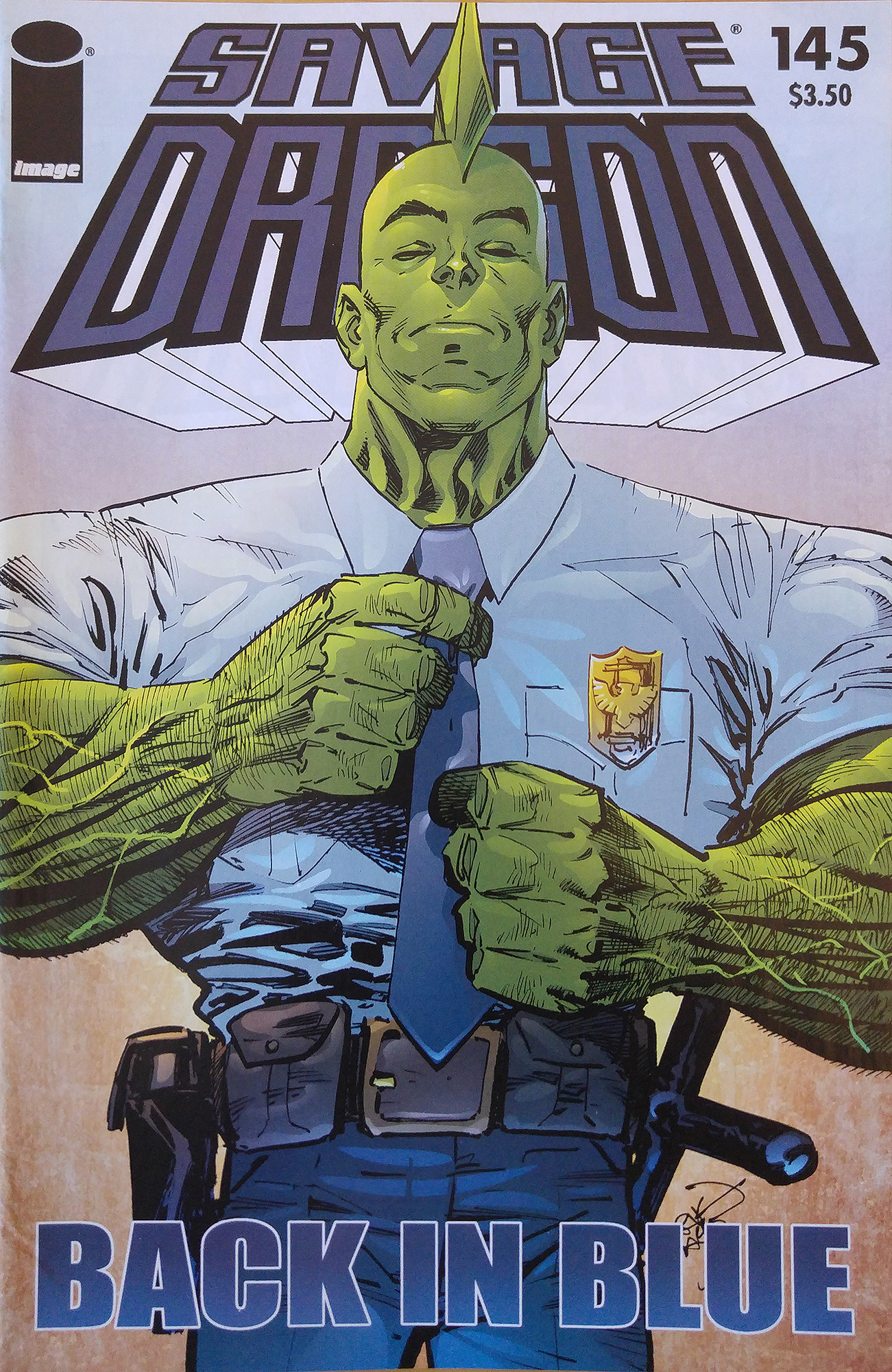 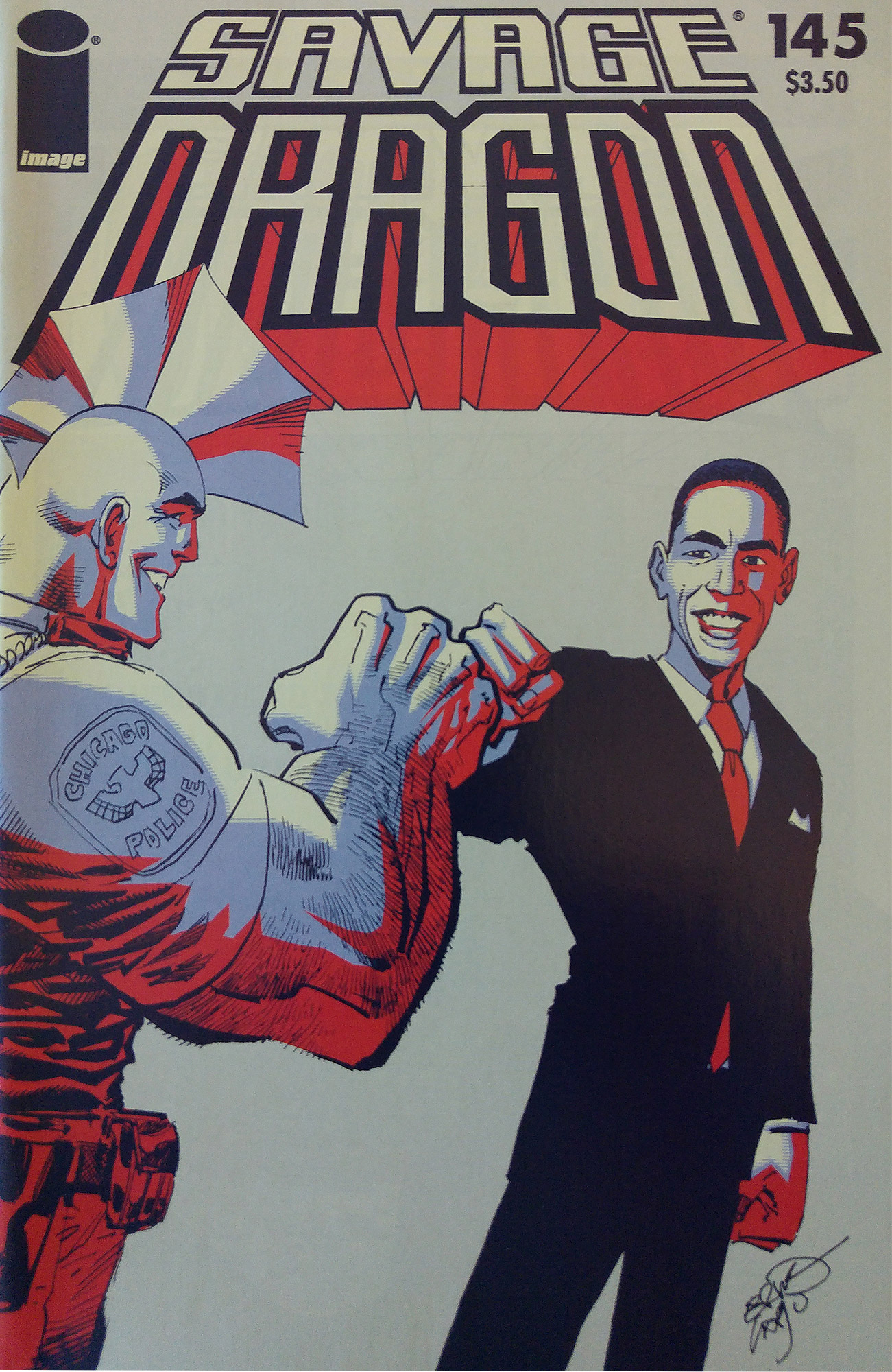 Frank Darling enters into the Freak Outpost bar in search of Dragon and finds his best friend in battle against a number of super-freaks. He starts to give another sales pitch regarding Dragon rejoining the Chicago Police Department, talking over the proposal even while the battle continues. The majority of the villains make their escape but Dragon grabs a hold of Melvin Mouse. He listens to the salary and healthcare offer and agrees to discuss the matter further.

After heading home, Dragon talks with his children about his new job opportunity, wanting their approval before accepting. Angel and Malcolm talk with their father about how this will affect their lives but they ultimately give their blessing. Frank then wastes no time in assembling the entire police force to deliver a briefing. The Chicago Police Department have not been able to effectively carry out their duty of protecting the city from the Vicious Circle and other threats. Frank then presents the return of their greatest weapon against the criminal organization: Dragon.

The police officers are silent initially but Howard Niseman leads applause before welcoming Dragon back onto the force. He admits that despite any other differences they may have had, Dragon has always been a good cop and it is nice to have him back. Dragon catches up with several old friends before the peace is disturbed by a super-freak in custody attempting to escape. Dragon springs into action to ram Aquatic’s head into a wall, earning praise from his colleagues.

Dragon’s return to the force is reported on by the media as a good thing but the general public remain somewhat against him due to him killing Solar Man. President Obama returns to his native Chicago and Dragon is brought in as part of the security detail. He speaks with the new commander-in-chief who is a big supporter of him. Dragon had been nervous that his public endorsement of Obama may have turned some negative thoughts towards him and he is relieved that this was not the case.

A group of Vicious Circle thugs burst into the building in an assassination attempt but Dragon leaps into action. He single-handedly defeats all of the villains with relative ease and wonders why these specific super-freaks were dispatched for such a seemingly important mission. Dragon is thanked by some of President Obama’s team as he provided a distraction so that he could be evacuated. This assault turns out to have merely been a decoy so that the Vicious Circle could steal millions of dollars in a separate incident across town.

Dragon is welcomed back to the precinct with a celebratory party but Alex Wilde heads back out on patrol, feeling that at least somebody should be on the streets. Dragon feels that he has ruined things forever with Alex after failing to commit to her after Jennifer’s death. Now that Alex is engaged to Chris Robinson, their friendship seems to be strained let alone any kind of romantic relationship. Ray Wong approaches Dragon to inform him that they have stumbled across a memento from the past.

Before this surprise can be revealed, a massive photon blast rips through the entire precinct, annihilating the entire Chicago Police Department. As the flames consume the remains of the building, a badly injured Dragon emerges from the fire. He clears a path as he searches for any other survivors but is stopped dead in his tracks when he locates the burning corpse of Frank Darling…

Back in the year 2000, an apparent meteor impacted in Pyrite Gorge, Arizona that hit with the force of a thermonuclear explosion. This blast destroyed everything within a five mile radius and has created a dense cloud of dust that has not cleared ever since. Many people on the nearby Hackett Military Base have died over the following years from radiation poisoning. Other people that died were six employees of a company set up to monitor radio broadcasts in space, searching for alien races.

In the present day, three friends become merely the latest to visit the Hot Zone. No one has ever returned after entering into the dust cloud but many people have been arrested whilst trying to enter the region. Charlie Hendrix has come the Hot Zone in search of clues to the fate of his father who was one of those people that worked for Distant Encounters, Inc. He starts to recognize some of the landscape but it soon becomes clear that the story regarding the meteor was simply part of a government cover-up.

There is no meteor crater and the dust cloud is actually some kind of strange fog. There are wrecked military vehicles all over the desert floor as well as hints of vaporized soldiers. Charlie locates his father’s old car and as he looks over a photograph in the vehicle of him as a child, an alien voice calls out to them. A creature called Chuk emerges from the fog and warns the youngsters to flee before he is compelled to hurt them. Charlie tries to get some answers about the people that worked at Distant Encounters but Chuk replies that every single one of them is dead…