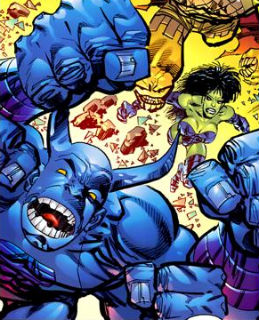 Fourplay was one of the many young freaks that were recruited by SkullFace to fill the ranks of his new look Vicious Circle. He was present when Dragon led an army of heroes into their headquarters to rescue an abducted Angel Dragon. Fourplay was later sent by Buster Justice along with several other villains to attack President Obama. Dragon defeated the group that were later revealed to be a mere distraction for a bank robbery that was orchestrated clear across the city. They later die during a large scale battle where the building they are in collapses on them.