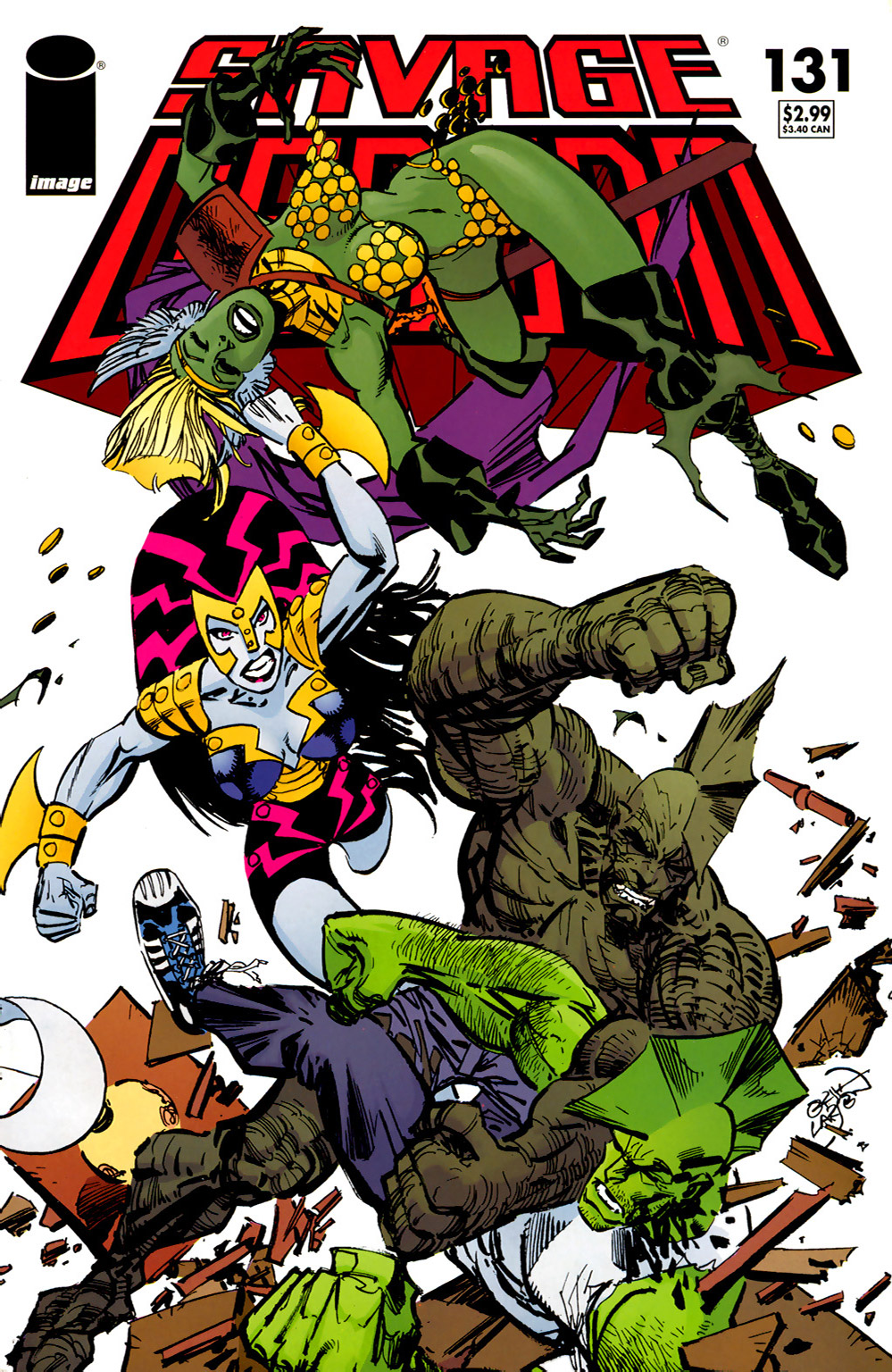 Alex Wilde is shocked to learn that the Angel with them is the one that hails from the same reality as her. She pays for their meal at the Rock House Diner before gathering them all up to head home to her apartment. Dragon explains to Angel that she had been lost in Dimension-X for close to four years while She-Dragon had been trapped there for around a year and a half. Both have a lot to catch up on over the coming weeks and months but at least they are finally home.

Battleaxe grows impatient over getting her revenge as her hated enemy She-Dragon is so close to her. Dark Dragon refuses to let act on impulse and even shoves her into a wall at one point to prevent her from ruining the element of surprise. The pair instead chases their targets by leaping across rooftops, following them to Alex’s apartment. Battleaxe confesses that Dark Dragon drives her wild and they end up acting on their mutual attraction by sleeping with one another.

The powerful behemoth Bludgeon goes on a rampage, shrugging off the attacks of the Chicago Police Department. He tears off a huge section of a building and is about to throw it down on top of the officers when his entire torso is suddenly incinerated. Solar Man had been nearby when he heard the disturbance and unleashed his heat vision to take care of the threat before any lives were lost.

After reaching the apartment, Alex takes Dragon aside for a quick private conversation. She reveals that Angel has just started having her first period and is a little freaked out by the whole thing. Dragon assumed that this daughter was still too young for that sort of thing but Alex points out that Angel is already almost as tall as her mother and is already twelve years old. Dragon then realizes that he will have to come to grips that his daughter is not a child any longer.

She-Dragon watches a news report presented by Sam Haze that claims that Dragon had staged many of the battles that had gained him his popularity. The fact that Universo was dealt with so easily by Solar Man when Dragon had struggled indicates to the media that it was all a ruse. It is then suggested that CyberFace and Dragon only clashed due to a dispute about power and that they had been allies. Dragon assures She-Dragon that this is all lies and advises her to ignore what the media has to say about him.

As the group settle down for the night, the villains that are stalking them finally decide that the time is right for their attack. They target She-Dragon initially and knock her out as Alex rushes to don the power gloves. Dragon races to the assistance of his friends and gets locked in combat with Battleaxe while Alex defends herself against the man she once lived with, Dark Dragon. He is surprised to discover that this was the same Alex he was once engaged to but does not back off, instead burying her under a pile of debris.

Dragon is double teamed by the villains but when Battleaxe catches sight of Angel, she turns her attention to the child instead. She recognizes Angel as being partially responsible for causing the consumption of her home world by the Awesome Eater and wants revenge. As Battleaxe presses her attack, Angel shocks herself by punching the villainess out of the building with superhuman strength, her own mutant powers having manifested with the onset of puberty.

Alex punches her way out of the debris as She-Dragon regains consciousness, joining Angel in helping out Dragon against his evil doppelganger. Dark Dragon cannot long defend against so many opponents and he is soon overwhelmed and defeated. Their fallen assailant is apprehended as Dragon considers if this is the beginning or the end of this particular threat. 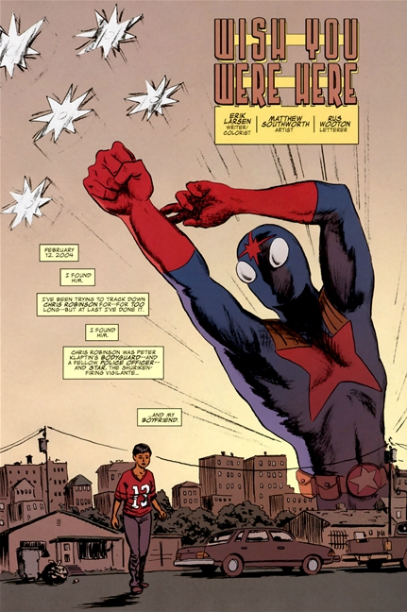 Wish You Were Here
6 Pages
NOTE: This story takes place prior to SAVAGE DRAGON #113

Back in February 2004, Alex Wilde had finally completed her search for this world’s version of Chris Robinson. She had hoped to enjoy a second chance at happiness with her former boyfriend as it was clear that Dragon’s heart belonged to Jennifer and she really did love Chris. Alex finds that Chris lives in a rundown section of town but ignores this to approach the house.

Chris answers the door but his appearance startles Alex as he has put on a great deal of weight and has lost most of his hair. Alex explains that she hailed from an alternate reality where they had dated for a while but this Earth was destroyed when it was consumed Universo. Chris reveals that he does not even recognize Alex as they never even met in this world. He has not even thought about his time as Star for many years now as he is enjoying his new life.

As the pair talk, Chris’s pregnant wife walks out with another child and Alex knows that she is out of luck as far as getting together with Chris goes. Alex reluctantly leaves, devastated that this reunion had not gone as planned. Chris talks with his wife about this strange visit but shrugs off the entire encounter as he has more important things to do like collect his children from school.